Jesus The Prince Of Peace 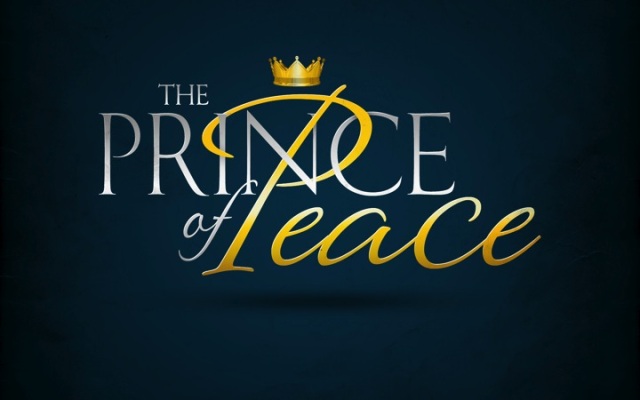 For unto us a Child is born, unto us a Son is given; and the government will be upon His shoulder. And His name will be called Wonderful, Counselor, Mighty God, Everlasting Father, Prince of Peace. (Isaiah 9:6)

Jesus The Prince Of Peace

The first consequence of sin was fear. Adam and Eve walked with God in the cool of the day without fear but that changed when Satan deceived the woman and the fall of man was complete. Hearing the voice of God, Adam and Eve hid from the presence of the Lord God among the trees of the garden. Adam would admit that for the first time when he heard the voice of God, he was afraid. The second consequence of sin is shame. Before Adam and Eve ate of the forbidden fruit, they were both naked, but they felt no shame. The fear of shame overwhelmed them immediately when eating the fruit and they realized they were naked before God. Trying to hide among the trees and sewing fig leaves together did not take away their fear. Cast from the Garden of Eden, Adam and Eve stood alone in a world desolate of people.

Fear never left the soul of man. As humanity grew in number the consequence of sin overshadowed the hearts of the world. Fear ruled and there was no shame as wickedness, lewdness, immorality cast its sting of death upon all men. It was not long before the world was completely overrun with the ungodly. Only Noah and his family found grace in the eyes of the Lord. The Lord determined the time of man was shortened and He commanded Noah to build an ark for the saving of his household. When the wrath of God poured forth its judgment upon the world, fear became terror as all those who had the breath of life perished. After the flood men continued to struggle with overcoming fear and sought to find peace in human wisdom. Giving the Hebrews the Law of Moses did not take away the fear of sin. Centuries passed with the darkness of sin consuming the world. The world was at war with itself and there was no peace.

In a small town not far from Jerusalem with the shadows of night enveloping the world, a little child was born and placed in a manger. Angels appeared to shepherds watching over their flock outside the city proclaiming the good news that would bring great joy to all people. A Savior had been born that day in Bethlehem, the city of David. This Savior would be Christ the Lord, born of a virgin and He would be called Immanuel, which means “God is with us.” The Christ would be the Dayspring to give light to those who sit in darkness and the shadow of death and to guide all men to the path of peace. For the first time in the long history of man, a prince was born that would bring peace to all men of all generations for all time. Unlike the kingly rulers and princes of human governments, the Prince of Peace would bring a message of peace eternal in its nature. His peace would not be for one nation or one time but all men for all time. The peace of Jesus is the only thing that can take away the fear and shame first felt by Adam and with which every person struggles.

The coming of Jesus did not take away fear and shame. Wars continue to rage across the planet. The injustice of prejudice, hatred, murder, sexual immorality and the debase nature of the carnal man continues unabated. Jesus came to offer His life as a way to peace, a means of life, and the only truth where a man can find happiness. When peace does not exist in the world it is because of the void of Jesus Christ. His name is Wonderful because there is nothing to compare to the majesty of His glory. He is the greatest Counselor with the wisdom of the eternal ages contained within His word. The Christ is Mighty God of ages, with all authority and power invested in Him by the Father. Jesus is the Everlasting Father as the Great Shepherd who cares, protects, and provides for His sheep. As the Prince of Peace, Jesus Christ is the only source of happiness that man will find.

When the world is filled with chaos, unrest, and anarchy, men are not seeking the Prince of Peace. Fear rules in the world from hearts that will not accept the rule of Christ. Peace will not come at the end of a gun, the voices of hatred, hearts filled with malice and hatred; peace comes from Jesus Christ. The most remarkable trait of the peace of God is to see those who were enemies worshiping together in harmony. Jesus Christ is the Prince of Peace that will take people separated by race, religion, nationality, and political cause and unite them together in peace through His message of God’s love. Satan is the author of sedition. Jesus invites people to come to Him for peace. When the heart accepts the grace of God and obeys the will of the Father, peace will reign. The answer to strife in the world is Jesus Christ. He is the Prince of Peace.