What Song Do You Want On Your Tombstone? 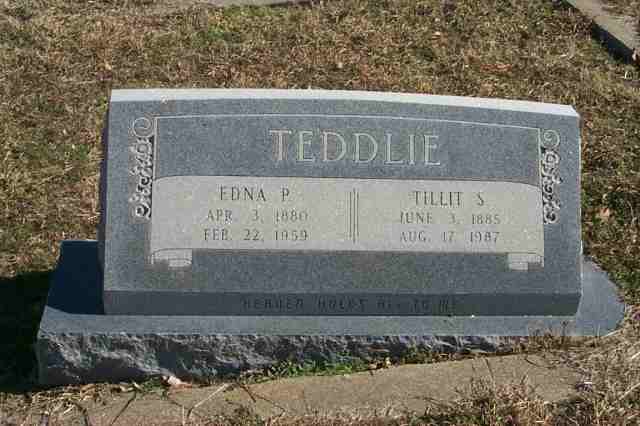 Let the word of Christ dwell in you richly in all wisdom, teaching and admonishing one another in psalms and hymns and spiritual songs, singing with grace in your hearts to the Lord. (Colossians 3:16)

What Song Do You Want On Your Tombstone?

Tillit S. Teddlie was born in Swan, Texas on June 3, 1885. He lived to be 102 years old and is fondly remembered by his contribution to spiritual songs that have filled the hearts of God’s people in the past one hundred years. He wrote 130 hymns and published 14 different songbooks. Tillit was baptized into Christ in 1903 and held singing meetings all over Texas for 61 years and also labored in the kingdom as a preacher of the gospel. It is said he began each morning reciting the books of the Bible and naming all of the Presidents of the United States.

“One day around 1932, Tillit S. Teddlie was able to visit his old home place where he had lived as a child. In his memory, the place was as new as when he was a boy. But when he arrived at his home years later, it was in shambles. The barn was ramshackle and falling down; trees were dead or gone. I’m not even sure the house was standing. Teddlie sat on the ground, leaned against a tree, took out his pocket-sized Bible, and turned to a blank page in the back. There he wrote the words, “Earth holds no treasures but perish with using, however precious they be. Yet there’s a country to which I am going. Heaven holds all to me!” The hymn, “Heaven Holds All To Me” has motivated many thousands of worshippers since then to put things in perspective, the unseen over the seen; the eternal over the temporal.” (Kippy Myers, World Evangelist, 1996, December, page 8, Under The Column, Illustrations That Illustrate).

The tombstone of Tillit Teddlie has inscribed on the bottom, “Heaven Holds All To Me.” A tombstone is a reflection of the life of the person entombed. It tells the name of the person and the years of their life. Often quotes are added and elaborate decorations. Some markers are very ornate and many are simple in design and purpose. Families visit the markers to reflect upon the life of their loved ones and to remember the impact of their lives. Tombstones can be a testimony to the character of the person good or bad. Talking about death and dying is not a comfortable thing for most people but the Lord reminds all men that death is a certain appointment.

While the words inscribed on a tombstone do not judge the heart of a man in the eyes of God, they do reflect a perception of the person’s life. Tillit Sidney Teddlie characteristically is remembered by a beautiful song telling the story of eternal life and how much it meant to him. He recognized the value of things on earth but he looked forward to the invaluable worth of a heavenly home. Things of this life are temporal. The glory of heaven is eternal. Life can be summed up by the words of a song. Earth holds no treasures and perishes with using, however precious they be. Brother Teddlie knew that.

There are two choices people make in life: either to live with a view of the world and its attractions or to toil in life with a vision of heaven in their hearts. Life should be filled with song and possibly each person should find a song that best describes their love for God. What song would you want to have inscribed on your tombstone? There is no doubt you will die and a monument will be erected with your name and date of birth and date of death. The only thing that will change this is the coming of the Lord but the outcome will be the same. You will have a song that describes your life. For many, it will be the hymn by Phillip P. Bliss, “Almost Persuaded.” The final refrain reads, “Almost persuaded, harvest is past. Almost persuaded, doom comes at last. Almost cannot avail, almost is but to fail. Sad, sad, that bitter wail – almost but lost.” In 1935, Teddlie wrote the song, “What Will Your Answer Be?” So what will you put on your tombstone? Which song will you ask to be carved into marble? What is your answer? My song is “Nearer, Still Nearer.”

3 Responses to What Song Do You Want On Your Tombstone?