The Custom Of Jesus 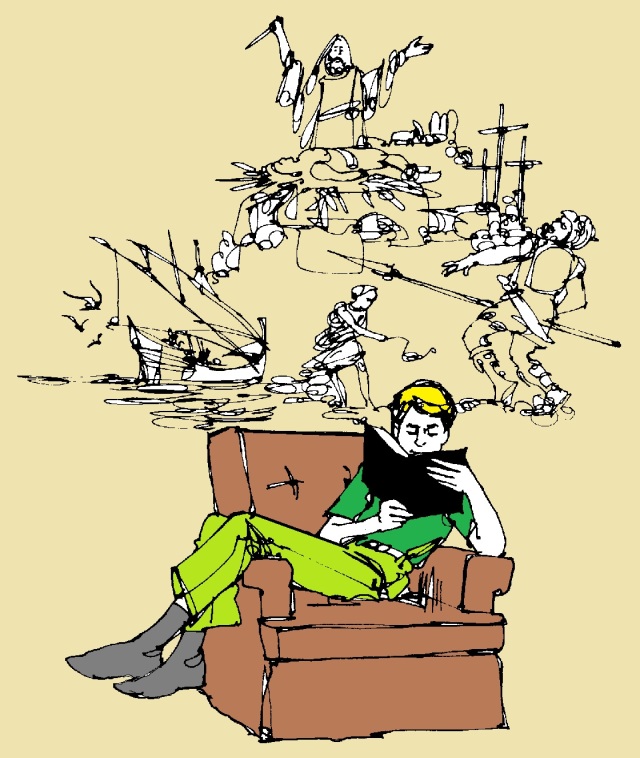 So He came to Nazareth, where He had been brought up. And as His custom was, He went into the synagogue on the Sabbath day and stood up to read. And He was handed the book of the prophet Isaiah. (Luke 4:16-17a)

The Custom Of Jesus

During the days of Jesus, the Synagogue was the gathering place where the community worship brought families together for prayers and reading of the law and the Prophets. At least ten persons had to be present for regular worship. It was common for someone in the crowd to be selected to expound on a text or on occasions a visitor might ask to speak to the congregation. Young boys growing up in the synagogue would become familiar with the order of services and participate with the older men in the engagement of worship. Jesus grew up in the city of Nazareth and was recognized by the community as the son of Joseph and Mary along with his brothers and sisters. At the age of twelve, Jesus astonished the teachers at the Temple when for three days He had astonished them with His understanding and answers concerning the law. As a young man, Jesus increased in wisdom and stature and in favor with God and men. Those in the synagogue of Nazareth knew Jesus very well and would often see Him reading and reciting text during the worship. At the beginning of His Galilean ministry, the Lord returns to Nazareth where He had been brought up and gathered with the villagers for a day of worship at the synagogue. He was handed the book of Isaiah and when He unrolled the book began reading from the latter part of the prophetic book. What is striking about this event is this is something Jesus has done all His life. Luke writes that “as His custom was,” indicating the life of Jesus was a pattern that was easily recognized by keeping the custom of things He learned at an early age. After fleeing Bethlehem as a little boy with his parents and spending time in Egypt, Jesus grows up in Nazareth as the son of His carpenter father, Joseph. As a little boy, He would have been taken to the synagogue on a regular basis embedding into His heart a love for the word of God. It would not be uncharacteristic to see Jesus at the age of twelve reading in the synagogue and later as a young man being very involved in the services at the synagogue. Jesus had to learn the word of God. Because He was God did not allow Him to have divine recall or knowledge without examining the text. Spending time at the synagogue and through the teaching of His parents, the boy Jesus came to know about the word of God and the writings of the Prophets. When He was twelve He was asking questions of the Temple instructors. Knowledge came for Jesus as with all men and one of the important parts of that pattern of growth came from His custom of going to the synagogue.

Nearly six hundred years before Christ another man did something because it was his custom from his youth. Daniel was in a foreign land under the persecution of those who despised him. A decree had been established under Persian law that whoever petitions any god or man for thirty days, except the king of Persia, shall be cast into the den of lions. Daniel knew the law and the penalty of disobeying the decree which could not be changed according to the law of the Medes and the Persians. When Daniel knew that the writing was signed, he went home. And in his upper room, with his windows open toward Jerusalem, he knelt down on his knees three times that day, and prayed and gave thanks before his God, as was his custom since early days. The rest of the story is how Daniel is arrested and condemned to death in the lion’s den. An angel of the Lord delivered Daniel from harm and those who accused Daniel were thrown to the lions along with their children and wives. What is notable about the story is the training as a young man Daniel had received in his homeland of Israel. It was his custom from an early age to kneel down on his knees three times a day in prayer and thanksgiving. This resonated with him throughout his life as it did with Jesus. The custom of Daniel and Jesus found its way into their adulthood and guided their decisions. When Jesus came into the synagogue at Nazareth, it was not a surprise that He would read from the text. The multitudes gathered for worship that day were not shocked Jesus came to services. It was something they had witnessed for thirty years because that was His custom. When the man gave Jesus the scroll of Isaiah, the son of Joseph did not have to stumble about looking for the place on the huge scroll where the passage read, “The Spirit of the Lord is upon Me.” He knew exactly where it was because it was His custom to read that passage often. The life of Jesus was an example of doing what was His custom from early days: attending the worship of the Almighty God whether in the synagogue or the Temple.

Jesus died to build His church and His body is the depository of those who are saved. One of the clear patterns of the New Testament disciples who followed the will of God was to establish churches in every city so the gospel of Christ could be spread throughout the world. The church is not to be treated with a flippant matter of convenience with no regard to the impression made upon those who gather with the saints. Assembly on the first day of the week is not a choice but a command. Included in the work of the church are efforts by the local body of Christ to admonish, teach, instruct and exhort the souls of its members to greater life and service to God. Far too many children of God believe they can forsake the family gathering of God’s people and please the Father. The custom of many is to attend as little as possible to the work of the church. It is not their custom to be part of the local church and to engage in the work of the church. Jesus and Daniel set a pattern of life that will build strong characters in those who exercise that same devotion. When young people are not brought to the services of God their hearts are not open to His word. It is amazing the number of parents who grieve because their children do not obey the gospel of Christ and yet their custom growing up was to seldom be part of the local work of the church. Obedience to the Lord is not accomplished only by sitting in a pew or class chair but if this is not part of the custom of the child’s life, it is not likely their hearts will have any interest in eternity when they grow to adulthood. When a person struggles to find passages in the Bible it is because it is not their custom to find passages in the Bible at home. Jesus knew where the passage in Isaiah was found and He did not use chapters and verses because that would not happen for nearly fifteen hundred years. He knew where it was because His thumbprints had spent many hours there before. The lesson is clear from Jesus in the synagogue of Nazareth. Customs learned early will carry over to adulthood and that can be good or bad. If the custom of the family is to neglect the Lord today then tomorrow has no hope. Children who learn early the customs of godly devotion will carry that devotion with them in life. What customs are you teaching your family and what customs are you following in your life? Know God today so you will know God tomorrow.

1 Response to The Custom Of Jesus