The Prophets In The Gospel Of Matthew 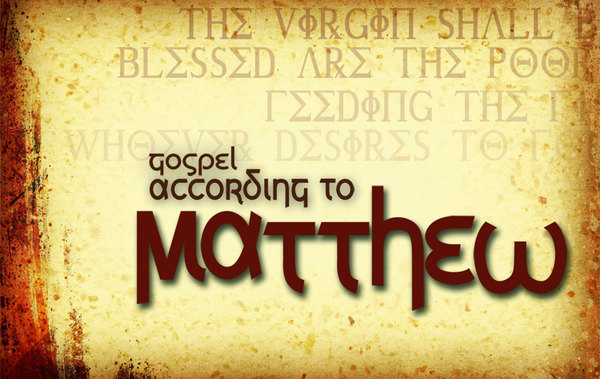 So all this was done that it might be fulfilled which was spoken by the Lord through the prophet, saying: “Behold, the virgin shall be with child, and bear a son, and they shall call his name Immanuel,” which is translated, “God with us.” (Matthew 1:22-23)

The Prophets In The Gospel Of Matthew

It had been over a month since the man from Nazareth was crucified along with two other criminals. Devout Jews from every nation under heaven dwelt in the city of Jerusalem as the Day of Pentecost arrived in accordance with the Law of Moses. Three thousand Jews would come to know the cleansing power of God’s grace when after hearing the good news of a resurrected Christ; they were baptized for the remission of their sins. The church began on the Day of Pentecost and multitudes were added daily to the number of the saved. Many would come to know the Jesus of Nazareth as the Son of God and years later the Gentiles would be included in the fold as the gospel went into the whole world. One of the challenges faced by the early church was to prove that the man from Nazareth, a carpenter’s son, was, in fact, the promised Messiah or Christ. Men like Philip the evangelist preached from the Old Testament the saving grace of Jesus Christ and the power of redemption in the waters of baptism. Many would expound on these same passages proving the message of God’s love in Jesus Christ. While there were many who wrote down the teachings of Jesus, one of the original apostles took upon himself to write a gospel on the life of Jesus from a very important perspective needed for the infant church. Matthew was first called by Jesus when he was sitting at his place of tax collection. The son of Alphaeus, Matthew lived in Capernaum and worked for the Roman government as a publican or tax collector. It is uncertain what time of His ministry Jesus called Matthew but the man called Levi followed Jesus immediately. He becomes one of the apostles and is last referred to by Luke as he gathered in Jerusalem at Pentecost and baptized with the Holy Spirit. As the church grew, one of the most important issues to deal with was to establish the proof that Jesus was a Jew and that He was the promised seed as spoken by the prophets. Matthew would rise to the occasion as he wrote the story of Jesus Christ, the son of David, and the son of Abraham.

Matthew wanted to instill in the mind of his Jewish readers that Jesus was the promised Messiah. First he crafts the genealogy of Jesus through forty-two generations from Abraham to Jesus born of Mary. As the story of Jesus unfolds, a trademark of Matthew begins by the repeated references to the prophets. He quotes from Isaiah on the name of Jesus and that He would be born of a virgin. It had been nearly two years since Jesus was born when the wise men come to find the King of the Jews searching for him in Bethlehem as spoken by the prophet Micah. Joseph and Mary would flee to Egypt where the family would remain until the death of Herod fulfilling the prophecy of Hosea. When Herod sent his troops into Bethlehem and slaughtered all the male children from two-years-old and under, Jeremiah’s words of prophecy came to pass. Jesus being called a Nazarene from the city of Nazareth was spoken by the prophets (unidentified by Matthew as to which prophet said this). The coming of John the Baptist fulfilled the prophecy of Isaiah as the voice of one crying in the wilderness. Matthew will quote from Moses, the Psalms, Malachi, Asaph, Zechariah, David, and Daniel. His gospel is heavy in Jewish doctrine to prove that Jesus was the Christ, the promised Messiah, a son of Abraham and the one to whom the Jews must turn to for the saving grace of God. The other three gospels differed in their approach as Mark spoke more to the might and power of the Gentile (Roman) mind while Luke and John describe the humanity and divine nature of Jesus. It was necessary for the Jews to see Jesus in light of the Old Testament scriptures as the fulfillment of the words of the prophets. Luke records Jesus telling the eleven the Law of Moses and the Prophets and the Psalms spoke concerning Himself. The church would begin in Jerusalem with the first citizens of the kingdom the original first-fruits of God’s covenant with Abraham. Moses and the Law were shown to be a system of law taken away by Jesus bringing salvation to all men through the blood of the man from Nazareth. The crucified Christ was the power of God unto salvation, to the Jew first and also to the Greek.

Each of the gospels serves a purpose in the final revelation of God revealing Himself to all men throughout all generations. Jesus is the Christ for the Jew as He fulfilled so many prophecies concerning Him. Ferrell Jenkins in his book “Introduction to Christian Evidences” lists sixteen prophecies that were fulfilled in one 24-hour period surrounding the death of Jesus. Jenkins writes, “Henry Liddon is credited with the statement that there are 332 prophecies fulfilled in Christ.” Matthew establishes in his gospel the Jewish heritage of Jesus Christ, son of David and son of Abraham as being the only begotten Son of God. It is impossible to fully understand the New Testament without seeing the Jesus of the Old Testament. Matthew establishes in his gospel the foundational teaching of Jesus as necessary to see Him from the Jewish mind. From the first promise of redemption in the Garden of Eden to the ascension of the risen Christ, the message of salvation is found in the fulfillment of Jesus of Nazareth as spoken by the prophets through the preceding generations. Matthew will establish the phrase, “So all this was done that it might be fulfilled which was spoken by the Lord through the prophet, saying…” as the mainstay of the gospel that bears his name. He proves without a shadow of a doubt, Jesus of Nazareth is the promised Messiah; the anointed One. Matthew closes his gospel with Jesus telling the eleven, “I have been given all authority in heaven and on earth. Therefore, go and make disciples of all the nations, baptizing them in the name of the Father and the Son and the Holy Spirit. Teach these new disciples to obey all the commands I have given you. And be sure of this: I am with you always, even to the end of the age.” They accomplished this by showing the prophets had spoken of Jesus many years before and that He fulfilled all prophecy.