The Greatest Snare Is Being Unaware 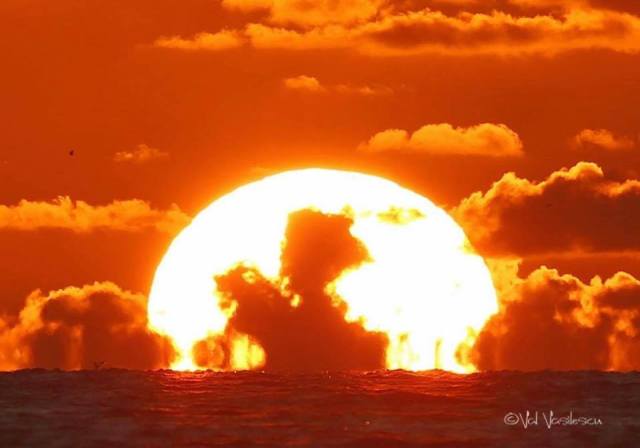 Heaven and earth will pass away, but My words will by no means pass away. But take heed to yourselves, lest your hearts be weighed down with carousing, drunkenness, and cares of this life, and that day come on you unexpectedly. For it will come as a snare on all those who dwell on the face of the whole earth. Watch therefore, and pray always that you may be counted worthy to escape all these things that will come to pass and to stand before the Son of Man.” (Luke 21:33-36)

The Greatest Snare Is Being Unaware

Jesus knew what would come of the world and often in His teaching remind the disciples that everything on the earth was temporary with a destiny to come to a final end. It is hard to accept the idea that life is short much less the days are numbered for the universe. Life is so full of vibrancy and activity few men consider the reality of death. It comes suddenly and with the precision of the exact promise that men are born and they die. There is nothing that has changed that and there is nothing within the power of men to alter the course of life and death. Methuselah lived to the incredible age of 969 years but he died. The certainty of life is measured by the certainty of death. What is less accepted is the idea that a day will come when the world will come to a violent end. Death is more easily realized than believing on a clear, sunny, warm day in the middle of the week at an unknown time within a year, month and day a cataclysmic event will destroy the earth, sun, moon and every star in the universe in the twinkling of the eye with an explosion of unmeasured conflagration. Jesus said heaven and earth will pass away. He should know because He created them. There is coming a day when everything understood in the mind of man as a world full of lands, oceans, animals, mountains, trees, and rivers will blow up from an eternal will determined by the mind of God. The earth will not exist in any form and the heavens above will disappear like so much dust. For those who believe in the big bang theory of how the world began there will be such a bang when the world comes to an end all will believe in the Lord God without any reservations. Believing that Jesus is the Christ, the Son of the living God requires the belief the heavens and the earth will melt with fervent heat and the works and everything within its borders will disintegrate into oblivion of nothing. It will not be brought about by the neglect of man in some nuclear holocaust or failed theology of global warming but the finger of God will touch the universe and it will be no more.

The blessing of reading the Bible is the knowledge gained warning of impending doom that the earth will be destroyed on a day when no one expects it. All of humanity will be surprised by the end of the earth because no one knows when this day will come and no one will be able to figure out when this day comes. God the Father is the only one who will determine when that time is and He has not revealed that to His Son or the angels. When men on earth begin to determine the day the Lord is returning it can be assured they are false teachers because if Jesus does not know it is certain God did not tell mortal man. What the Bible does for man is to warn him and tell him to take heed so the day will not come with dread or fear. It is easy to be lulled into the pleasures of life with carousing, drunkenness and cares of this life forgetting everything man has is but a straw house waiting a fiery end. Self-indulgence is the mantra for the heart of man but this will come to an end when the Lord returns. There will be no need to worry about where the money will come from to pay the mortgage because the house will be gone. The needs of school will no longer be met because the world will no longer exist. Trying to climb the corporate ladder is not going to be the concern on the hearts of all those who hear the voice of God sounding like a loud trumpet. In a moment of the blink of an eye every heart will forget the pleasures of life, the vainglory of fame and the pride of life because they will not be standing on terra firma but on the shores of eternity facing the Almighty God. Life is hard to imagine as coming to an end. What is tragic about the end of the earth is the reality the day of the Lord will not be a good day for most souls. Jesus said in the sermon on the mountain that most people will follow the way of destruction and few find eternal life. One reason is that the majority of people live each day as if life is eternal and the universe will always be where it is and the earth will never come to an end. How shocked, dismayed and troubled they will be when the world suddenly ends and they face God. Like a snare that suddenly comes upon an animal unaware bringing death, so the coming of the Lord will be a snare that without warning springs upon the life of the individual and caught in the final demise of the world has no time for rescue. The seriousness of the snare is there will be no second chances. Once the snare is triggered, all hope is lost. Being unaware of the coming of the Lord will be the eternal snare that condemns many souls. Denying the coming of the Lord does not take away the reality of the day. Believing God to too full of love to punish anyone would suggest Jesus lied about the coming of the Lord. The Son of God taught His disciples the day of the Lord will come without warning and heaven and earth will pass away. For most, the day will come unexpectedly and that will be an eternal mistake. It will come as a snare on all those who dwell on the face of the whole earth.

There is a way to be prepared for the inevitable day of the Lord. Jesus says to do two things: watch and pray. First, there is the need for vigilance in believing such an event will take place without warning. Watching will not give a warning but the warning helps the soul watch with faith for the great and notable day of the Lord. While the time will be a surprise the watchful soul will not be taken unaware. For them, the day of the Lord will not be a snare but a release. There will be joy when the face of the Lord is seen by those who are watching for His coming. When He comes in that day the saints of God will glory and admire the Son with His holy angels in heavenly splendor as they move towards the eternal home with the Father. This will not be the case of those caught in the snare unaware, unprepared and unbelieving. They were not watching and they were not praying. Jesus tells His disciples to pray to be counted worthy of seeing the Lord face to face and escape the wrath of God. Prayer is the expression of faith where the heart declares the promises of the Lord in faith for all things that are yet to come. Heaven is a place for prepared people who seek the face of God and His coming. The soul is fortified in prayer so when the day of the Lord comes there will be hope and joy standing before the Son of Man. A great day is coming for those who watch and pray. It will be a monumental day for those unprepared as the eternal side will be weeping and gnashing of teeth in a fire that is not quenched and will never cease.