The Church And The Bible 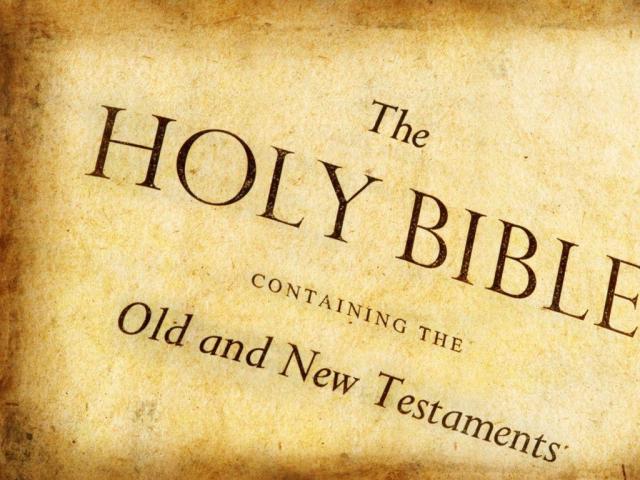 Greet the brethren who are in Laodicea, and Nymphas and the church that is in his house. Now when this epistle is read among you, see that it is read also in the church of the Laodiceans and that you likewise read the epistle from Laodicea. (Colossians 4:15-16)

The Church And The Bible

There are sixty-six books in the Bible with thirty-nine found in the Old Testament and twenty-seven in the New Testament. The first time the entire Bible was divided into chapters and verses appeared in the Geneva Bible of 1560. Over a period of 1600 years, forty men engaged in writing the book that would literally change the world. No book has had such an impact on the history of man. From the most ancient of the books written by Moses to the final words of John in the Revelation, the Bible represents the mind of God revealed to man to know the wisdom hidden since the beginning of time. Paul would proclaim he received by revelation the mystery which in other ages was not made known to the sons of men as it was revealed by the Holy Spirit to His holy apostles and prophets. He exhorted the saints at Ephesus to read what he had written down so they could understand the mystery. Matthew, Mark, James the brother of Jesus and Jude wrote one book apiece, Luke wrote two historical documents to Theophilus as two epistles of Peter are all recorded in the Bible. John wrote a gospel of Jesus, three epistles and by divine instruction penned the Revelation of Jesus Christ. Paul was the most prolific writer of the New Testament canon as thirteen letters are ascribed to them with suggestions that he is the author of the Hebrew book. Peter confirmed in his second epistle the authors of Biblical prose did not follow cunningly devised fables but spoke as they were moved by the Holy Spirit. This establishes divine authority for the Bible as being the complete book of God’s word. The Lord gave the world sixty-six books as a complete set to unfold the mystery of the scheme of God’s redemption for the saving of man. There was no need for sixty-seven books or to lessen the number of books by one or more. The Holy Spirit preserved for the church the completed revelation of God’s will in perfect order, design, and purpose. Through the divine providential power of God’s glory, every human heart can read and understand the words of the Bible to find eternal life because that is necessary for God’s grace to be revealed to man. No more and no less.

When Paul wrote to the saints in Colosse he exhorts them to read his letter to the church for edification and instruction. Like his letters to the churches of Galatia, Corinth, Ephesus, Philippi, Thessalonica, and Rome, Paul intended for his letters to serve as divine instruction to guide the church in their worship, organization, pattern and plan for evangelizing. Mixed with personal exhortations, doctrine, rebukes and instructions, Paul’s letter were testimonials to the will of God to serve the church in establishing the pattern as determined by the Holy Spirit. Paul also shows there were more than his thirteen letters that were written to the brethren. As he exhorts the church at Colosse to read his letter, he also wants them to read the letter from Laodicea. Colossae was less than ten miles east of Laodicea in the Lycus River Valley in ancient Phrygia, part of the Roman territory of Asia Minor.  The letter Paul refers to is not found in the Bible but it has great importance to Paul for the saints at Colosse to read. Laodicea will only be mentioned again in the Bible when John writes the Revelation of Jesus speaking to the seven churches of Asia including lukewarm Laodicea. The brethren at Colosse need to share his letter to them with the church at Laodicea and the church at Laodicea will share their letter with the Christians at Colosse.

A diligent student of scripture will find many books mentioned in the Old Testament that are not found in the Bible and other books mentioned in the New Testament not found in the Bible. Why are there only sixty-six books in the Bible? What happened to the other books and letters mentioned by Paul? The church of Christ has been given the fully revealed word of God in a complete and purposeful pattern. Paul would hint to the brethren at Corinth the day of miracles would come to an end when the completed revelation of God would be given to men. The question is often raised about the security of knowing if the Bible contains all the books of God. In fact, the Bible does not contain all the books of God but the books contained in the Bible are everything a man needs to understand the divine will of God. Why did the Holy Spirit not include the letter to Laodicea in the canon of the Bible? It was not needed. God did not preserve every letter penned by Paul or the early disciples. Knowing the prolific writing power of Paul it would seem impossible to think the apostle would limit himself to write less than twenty letters. What is retained in the Bible is everything a man needs to know – nothing more and certainly nothing less. The Bible is an amazing book that a lifetime cannot reveal all the mysteries. Critics may complain about lost books of the Bible and religious leaders will convince people to deny certain books of the Bible (many do not believe James should be in the Bible). When the dust of man’s failed wisdom settles there are sixty-six books in the Bible because God chose those books to reveal His mind to man. Whatever the letter to Laodicea had to say was not going to improve on the message of salvation. Thank God he gave us what He did. Let our hearts turn to those pages and if we are able to fully grasp every morsel of knowledge from those sixty-six books then maybe God will reveal a final message. But first, try to learn everything out of the first sixty-six and you will find you do not have enough years if you spend a millennia searching.