The Word And The World 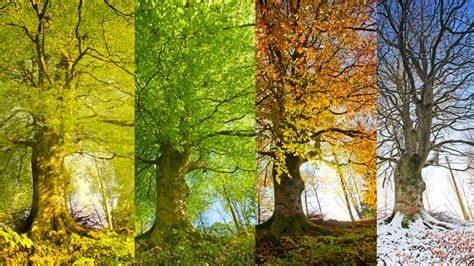 While the earth remains, seedtime and harvest, cold and heat, winter and summer, and day and night shall not cease. (Genesis 8:22)

The Word And The World

When the flood destroyed all humanity, only Noah and his family were spared. The word of God was truly spoken to Noah in promising to save him and it was also true in declaring the destruction of the ungodly. God’s word was more than just words. Those who perished in the flood did not believe the preaching of Noah that a great catastrophe was coming. The word had no meaning to them. When the ungodly realized the truth of God’s word it was too late.

When the water abated off the face of the earth, the Lord restored His covenant with the earth. God made a promise that as long as the earth remained, the seasons would never change. There would always be a change in climate with cold and heat, summer and winter. The sun would always rise in the east and set in the west. Darkness always follows day and the moon continues to reign in the night. While the earth remains these things will never cease.

At the beginning of creation, God established the laws of seasons, days and nights by His word. The separation of day and night and the creation of the sun, moon, and stars were accomplished by the spoken word of God. He spoke everything into its place in the universe. The apostle Peter would later write that everything in the universe is held together by the same word that created it. Seedtime and harvest have remained for the many thousands of years the earth has existed beyond the destruction of the flood.

The existence of God is affirmed by natural revelation and through His divine revelation. Nature declares the glory of God and it also confirms the written word of God as being true. The world has continued for eons of time with winter and summer, day and night because the word of God confirmed it would continue. If the word of God that empowers the spheres of nature to continue year after year is proven to be true (and no one can deny this) then by the same proof the written word of God must be accepted as true. The author of the natural law and spiritual law is the same God. Every sunrise proves the Bible to be true and every sunset establishes the word of God as true because the same word created them all.

God made a promise to Noah that is proven each day the sun rises. Seasons change with each passing year. The work of planting and harvesting has continued since the beginning of time. It was a barren world when Noah stepped out of the ark after the flood but the times of planting and harvesting were reborn and continues to this day. Every stock of corn proves the word of God as true. Each seasonal change declares the word of God. When the sun stands bright in the sky the word of God is confirmed. As night envelops the world in darkness and the moon gleams brightly in the sky, God’s word is real. One final thought about the moon you see each night. Noah peered into the face of the same heavenly body that you see each night; the same exact moon. Let your heart look into the written word of God. It is true and forever established in heaven.