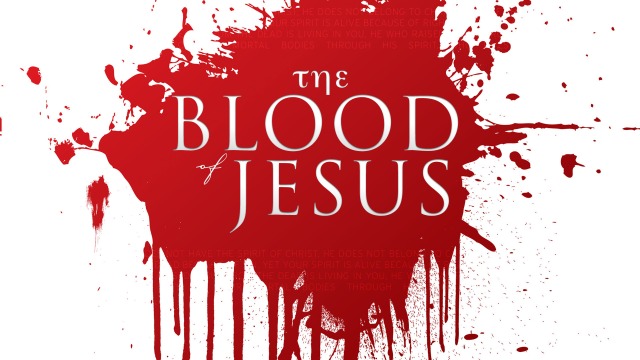 And as it is appointed for men to die once, but after this the judgment, so Christ was offered once to bear the sins of many. To those who eagerly wait for Him He will appear a second time, apart from sin, for salvation. For the law, having a shadow of the good things to come, and not the very image of the things, can never with these same sacrifices, which they offer continually year by year, make those who approach perfect. For then would they not have ceased to be offered? For the worshipers, once purified, would have had no more consciousness of sins. But in those sacrifices there is a reminder of sins every year. For it is not possible that the blood of bulls and goats could take away sins. (Hebrews 9:27-10:4)

Death is a reality no man can deny. What is beyond death has been the question humanity has struggled with accepting and believing. Most do not believe in life after death. The humanistic values of man create a world that is void of God and establishes a righteousness of self-worth, lust and pride. Two thousand years ago, the Son of God came to earth and lived in the flesh as a man dying on a cross. His coming was foretold by prophets of old and His death was a gift from the Creator to redeem the eternal nature of man. Sin had dominion over man and nothing he could do would change this. From the fall of man in the Garden of Eden until the sacrifice of Jesus Christ, all men were doomed to the wrath of God. What made the death of Jesus the answer to man’s dilemma? The answer is found in the blood.

All of the creatures of earth were created before man. The fifth and sixth days were filled with the creation of fish, birds and land animals. On the sixth day, Adam was formed from the dust of the ground and Eve came from the side of Adam. Man and God lived in perfect harmony until the Serpent destroyed the bond between them. A promise of a Seed was made that would redeem man to God restoring the covenant of peace. Through the centuries, the Lord commanded man to offer animal sacrifices. In the Law of Moses, extensive sacrificing of animals filled the sky with the smoke of their fires. At the dedication of the Temple, Solomon offered to the Lord 22,000 bulls and 120,00 sheep. There can be little doubt through the centuries of time, millions of animals have been offered to God as sacrifice. With all this blood, man could not be redeemed. The blood of animals could not take away sin because animals are nothing more than animals. They have no eternal spirit. Animals are not made in the image of God. Killing an animal is not murder. Their blood is of no value to redeem man.

If the blood of bulls and goats could not redeem man, who among humanity could offer their life to save man? The list might include men like Enoch, Abraham, Moses, David or one of the prophets. These were great men who would have become symbols of truth, righteousness and devotion to God. David was a man after God’s own heart and shedding his blood for the remission of sins would have been a great example of the martyr’s spirit. In the New Testament, some great men might have been Peter, Paul or Timothy. These would have great examples of faith and their blood would have become a powerful symbol of sacrifice. Would the blood of righteous men save man from the wrath of God? The answer is clearly shown in scripture.

The blood of bulls and goats could not redeem man because they are not created in the image of God. All men are created in the image of God as eternal creatures. Animals die and cease to exist. When a man dies, his body decays but his eternal spirit remains without end. The blood of man cannot take away sin because his blood is tainted with the very disease he is trying to destroy. Sin cannot destroy sin. All the sacrifices of man cannot take away sin even if the most righteous man that has ever lived offers himself as the propitiation for man. The blood of man has sin. Redemption can only come from the blood of a man made in the image of God who has no sin. That blood can only be the blood of Jesus Christ. What makes His sacrifice even greater is that He was God who came to be formed in the fashion of man and lived without sin (perfection) and died praying His Father forgive what men were doing to Him. Jesus died a horrible death so we could enjoy eternal life. He had no sin. His blood was pure from the power of sin and through that blood – all men can be washed from the wrath of God.

There is power in the blood of Jesus Christ. Thank God for His love in sending His Son to die for the sins of … me.