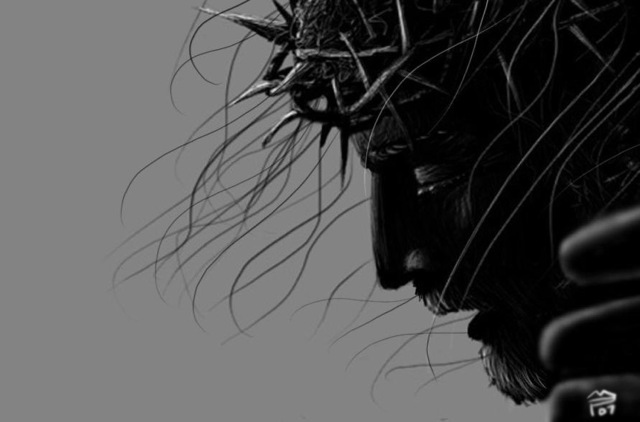 For God so loved the world that He gave His only begotten Son, that whoever believes in Him should not perish but have everlasting life. For God did not send His Son into the world to condemn the world, but that the world through Him might be saved. (John 3:16-17)

A day of memorial is a special time to think more deeply about those who gave their all to secure the freedoms enjoyed in this country. Every nation is built upon the blood of those willing to die for the establishment of their country. For many, this is an involuntary death but obedient to the laws of the land they serve and give their all. Regardless of the intent or design of their service, myriads have died in battle fighting against foes that seek to destroy their ideals of theology, culture, politics, and way of life. Memorial Days are remembered on both sides of the conflict. This day is not measured by who is right or the oppressor. A common thread in all battles is that death brings sorrow to all men, good and evil. Some men fight to ensure freedom and others battle to oppress their will on others. Conflict has been the tragic consequence of sin since the day Cain rose up in the field and killed his brother Abel. The first day of memorial came when Adam and Eve buried their son and for years to come pondered the meaning of how real death was. The world fell into decay and wickedness because of sin as nations rose against other nations and through every generation death became so familiar. Fallen warriors were remembered for the valiant courage to fight and die for the cause of the nation. More than two hundred years ago another nation was founded on the blood of freedom-seeking patriots who desired a placed of their own by their own laws. During these turbulent centuries, wars have been fought with other nations and among themselves in a great conflict of civil war. Millions have died in the brief history of the United States of America and it is fitting to reflect on a day of Memorial for those who gave their all.

A constant reminder each year is the sad reality of the many families impacted by the death of those who have served. In every case, there is a son or daughter taken from loved ones as they served in a place of honor. The greater reality is this day will continue as long as the world stands because of the reasons behind wars and conflict. Memorial days remind all men of the reality of death and that in every century the march of the grim reaper will continue unabated. In every nation, there will be families torn apart in the death of their loved ones as conflicts continue among peoples and nations. John Lennon may have imagined a world without war but the reality is that sin is the root of death. No man could solve the problem of sin and the consequence of death. Marble headstones will continue to abound on the face of the earth because there is a certainty that has been in place since that fateful day in a place called Eden. Loved ones die because of sin. Soldiers give their all in death because of the consequence of sin. The devil is the root of man’s problem and as a result of disobedience to the Creator, man is separated from the tree of life. All men die – this will not change. Memorial days will never cease as death is constant. The only answer found in a day of memorial is to know what God has done to release man from the sting of death and victory of the grave. Two thousand years ago the Lord God established a memorial that will solve the problem of sin. God so loved the world He gave His only begotten Son to die – not for a nation or a certain group of people – but for all men regardless of nationality, heritage or age. Jesus Christ became the eternal memorial because of the consequence of sin. He gave His all so that all could be free.

God did not send His Son into the world to condemn the world but that the world through the death of His Son might be saved from the horrible nature of sin. What makes this gift so memorial is because this sacrifice was the eternal Son of God who did not consider equality with God a thing to be grasped and willingly died for all men. His sacrifice was not forced or coerced. It was neither an accident that Jesus died nor a mistake by the eternal Father to allow His Son to die. Jesus gave His life freely. No man has ever died as Jesus died. Within the power of the Son of God was to call twelve legions of angels to defend Him but Jesus chose to die. His death was the cruelest because He had never committed a sin – not one. All of those remembered on a Memorial Day may have died in noble character but all men that died were victims of sin. God so loved the world He gave His Son as the cost for the sins of all men. There is no greater love, no greater sacrifice, no incredible gift or thought than the memorial of Jesus Christ who through love gave His life to save – me – to save you. The cross of Jesus is the eternal Memorial of a gift given by the One who formed man from the dust of the ground. His only desire was to save man. God does not desire for any man to perish in perdition and in trust gave His Son so that all men could find hope and joy in death. May our hearts rejoice in the Memorial of God through His Son Jesus Christ.