The Politics Of A Christian 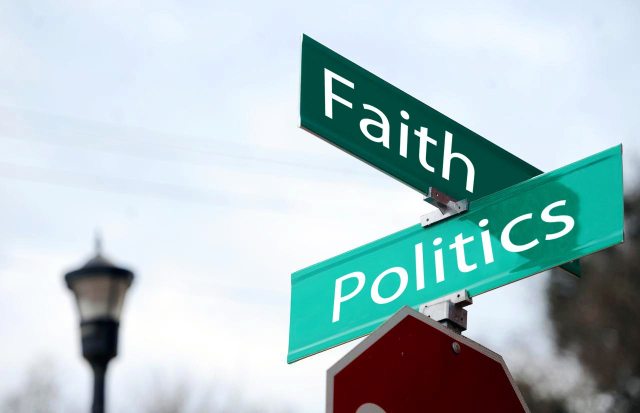 The Politics Of A Christian

There is nothing more polarizing than the discussion of politics in a land where freedom of speech is an inherent right of citizens. On the surface, being able to fully express an opinion of the leaders of the land is a unique and historical experience rarely enjoyed throughout the history of man. For many generations and most cultures, autocratic rule characterized the plight of most people as they fell under the hands of tyrants, despots, and rulers who exercised their personal whims to their own desires. When the apostle Paul wrote his letter to the saints in Rome, he addressed a clear challenge to the thinking of the people of God who lived in the midst of the power struggles in the Roman Empire. Rome was the center of the empire as it stretched throughout the known world. All of the politics of the Roman Empire filled the city squares, marketplaces, baths, streets and homes of this great city. Remarkably, Nero was the emperor at the time of the letter to Rome. The Holy Spirit did not hesitate to guide the mind of Paul to admonish the early Christians they must subject themselves to the rule and authority of the Roman government. There was no freedom of speech in Rome. Castigating the name of the Caesar would bring certain imprisonment or death. One of the striking personalities of the early church is found in the writings of Paul and Peter when they both admonish the saints of the Lord to give honor to the king and to live in subjection to the rule of the land. This would not be a choice from the Roman perspective and it was certainly not a choice from the view of God. He commanded His children to live quiet and peaceable lives giving honor to those who were in authority whether they were good or bad. There is no question that when the government requires the child of God to act in such a manner that is in conflict with the will of the Lord the citizen of the kingdom of God must serve the Lord first. In reality, many of the things required of the Roman citizens were not in conflict with the word of God but would be very unpleasant and harsh in the standards of the American freedoms enjoyed today. With that as a backdrop, Paul admonished the Christians to subject themselves to the rule of Rome as one established by the word of God.

The only authority that is of importance is the one given by the Lord God Almighty. Every soul must be in subjection to the governing authorities because there is no authority but that which is ordained by God. To resists the authority of the government is in rejection of the will of the Lord and will bring the wrath of God upon the soul. This was a remarkable statement for the early Christians to understand but they did not have the problems carrying out this command because they did not live in the land of the free, the brave and the politically savvy Christian who believes that his rights as an American citizen are more important than his relationship with Jesus Christ. If there is a greater lesson from this text for the Christian who lives in America it is to remember that before a person is a Republican, Democrat, Independent or whatever affiliation they claim to be – first and foremost they are servants of the Lord God. The only politics in the life of the Christian is allegiance to the King of Kings and Lord of Lords. Too many Christians in the American ethos of political mudslinging and disrespect find themselves immersed in the politics of a culture filled with hatred, disrespect, and dishonor to the leaders of the land. This is sinful when a child of God dishonors the President, Senators, Representatives, Governors, Mayors, Commissioners and local dog catcher because they believe they have the inherent right of freedom-loving-citizens to voice their opinion on Facebook, Twitter, snap this and snap that and every other form of nausea based electronic device known to man. The Father in Heaven commands His children to be subject to the governing authorities and to resist that authority resists the ordinance of God.

God is not red, white and blue. To be political and salute the flag is an honor for the citizen of this country to recognize the freedoms allowed where expression of thought is accepted. Those freedoms are quickly being eroded by the humanistic, amoral and ungodly agendas of a world filled with wickedness but until those laws go contrary to the will of the Lord (as found in the Bible; not in the American consciousness of political freedom), the child of God must be an example of purity, kindness, respect, and honor to all men – especially those who are in authority. Peter will later write that a Christian must honor the king. That word has not changed. The politics of a Christian come from the word of God as a citizen of the Kingdom of God serving the Lord only. Allegiance to the cross of Jesus Christ is the only loyalty that fills the heart of the Christian. The speech of the member of the church of Christ is guided by the words of grace that fill the pages of God’s message. Through the example of godly men and women who show honor to those in authority, the light of Christ will shine in an ever increasing dark world. Serve Christ who has all authority.