The Rebellion Of Korah 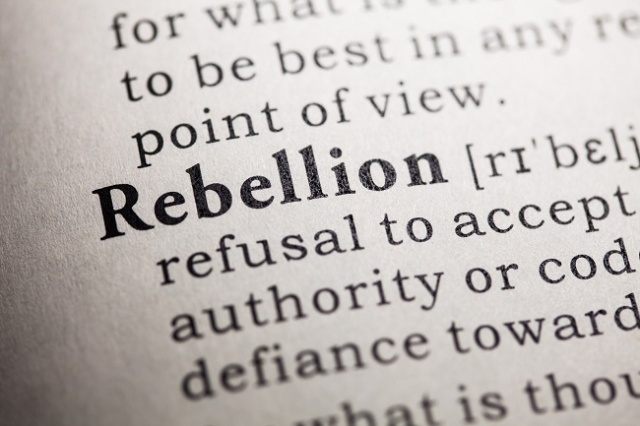 Woe to them! For they have gone in the way of Cain, have run greedily in the error of Balaam for profit, and perished in the rebellion of Korah. (Jude 1:11)

The Rebellion Of Korah

Jude’s little book covers about six hundred words but his message speaks volumes to those who would consider rebelling against the will of the Lord. The early church was plagued by those who would deny the only Lord God claiming Jesus was not the Christ. They were ungodly men who were seeking their own exaltation and glory. These were grumblers, complainers who walked according to their own desires to fill the church with the poison of their own self-centered hypocrisy and evil-mindedness. It is hard to believe men of such nature would wear the cloak of religion in the name of God who were nothing more than sensual people causing division among God’s family. Jude using three men as examples of those modern day apostates: Cain (son of Adam and Eve), Balaam the man of God who sold Israel into the hands of the Moabites to commit sexual immorality and finally Korah, a Levite who lead a rebellion against Moses and Aaron. Through the historical remembrance of these men, Jude impresses the consequence of opposing God from those who exalt themselves about His will.

Korah was part of the Levitical family that were not priest but workers set apart for the ministry of the tabernacle and later the temple. It was during the wilderness wanderings of Israel Korah led a rebellion against Moses that included non-Levitical leaders from the tribe of Reuben. They rose up against Moses and Aaron along with two hundred fifty leaders of the congregation as men hungry for power. Their hearts were filled with ungodliness to challenge the authority of Moses who was the spokesman of the Lord. Moses was distraught at the attitude of the rebels who challenged the authority of God. The Levites had a pivotal role in administering the work of the tabernacle of the Lord and to stand before the congregation to serve them. Korah was jealous to be a priest and take power from Moses and Aaron denying the word of God. Along with his cohorts Dathan and Abiram sons of Eliab, Korah brought division among the people with an evil heart. Moses became very angry at these men and declared the glory of God would show the true nature of those who were holy and those who were unholy. As every man stood at the door of his tent, the Lord showed His power and glory against those who would challenge His word. Korah, Dathan and Abiram stood at the door of their tents with their wives, sons and little children in defiance to Moses and the Lord God while the two hundred fifty men offered incense. Moses declared the power of the Almighty would show itself by the earth opening up and swallowing all of the rebels along with their possessions. When Moses stopped speaking, the ground split apart under Korah, Dathan and Abiram and their families and they all went into the pit alive and the earth closed over them. Fire came out from the Lord and consumed the two hundred fifty men who offered incense. The day following this terrible event the people of Israel complained against Moses and Aaron and before the wrath of God ended fourteen thousand seven hundred Israelite’s lay dead from a divine plague.

The story of Korah is found in the book of Numbers and remains as a memorial to those who believe they can reject the word of God. Jude emphasizes the story to show what God will do to those who stand against Him. The church still battles against those who exalt their hearts above the word of God and teach things not found on the pages of holy writ. Men like Korah will rebel against the clear teaching of the Lord turning the grace of God into lewdness and sensuality for their own gain. They will find their place is one of eternal punishment. The message is clear and demonstrative. There is only one way and one truth and that can only be found in God’s word. So many churches fill their dogmas with the corrupt teachings of men who turn the hearts of the people to believe things not found in scripture. God has revealed His word in plain language that all can read and understand. Churches wear names not found in His word, teaching modes of salvation foreign to the doctrine of Christ and leading astray the hearts of the simple who will deny the power of the gospel. The influence of Cain, Balaam and Korah still fill the pews of churches that refuse to follow the divine pattern of truth. There is only one God to serve and one way to be found faithful. Sadly, like the families of those who rebelled against Moses in the wilderness, many innocent will suffer. Rebellion will not go unpunished. Just ask Korah.