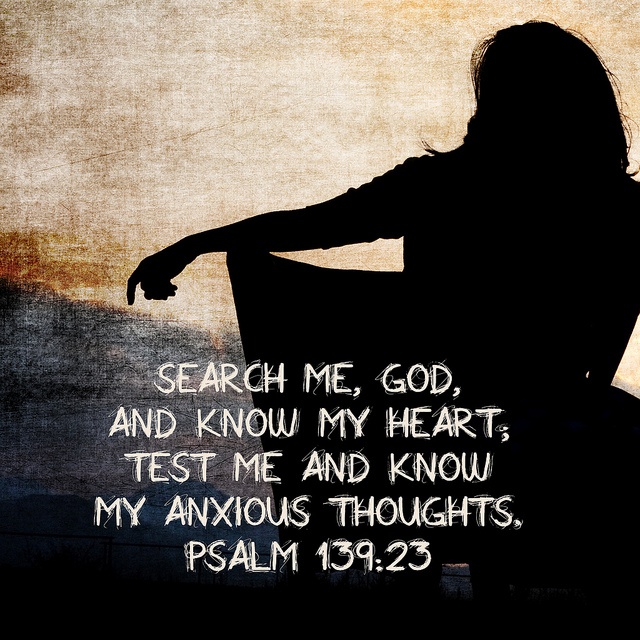 David’s psalm of the omniscience of God is an incredible message of the all-encompassing power and knowledge of the Lord. The masterful psalmist unveils the complete nature of God’s inner view of all that man is from his creation to life. There is nothing hidden from the eyes of the Lord – nothing. No place on earth can man flee that God is not already there. Long before men created machines that look at the fetus in the mother’s womb the Creator peered into the soul of the little child. Life comes from God and being made in the image of the Creator man can never be hidden from the eternal view of God. It is without measure to consider the knowledge God has of man. David acknowledged such knowledge was too wonderful for him; so high he could not attain it. He began his psalm writing about how the Lord had searched him and known him. It is at the conclusion of his prose he explains the reason why. David asked God to search his heart and to know his heart. The shepherd implored his great shepherd to test his heart and know what was in his mind. Even more boldly the king of Israel sought the examination of God to see if there was any wicked way in him seeking the blessing of the Lord to lead him in the way everlasting. What a challenge David poses not for God but for himself. He openly seeks the Lord God to tear his life apart and look at the microscopic level of his being.

The spiritual litmus test is to have the courage to ask this prayer of God each day. There are many passages that would benefit the soul in reading time and again. This psalm is at the top of the list. David openly invites the Lord to examine him to the atomic level of his soul. The courage to seek the blessing of God’s scrutiny from a divine eye is an awareness of David to know there is nothing hidden from the Lord and he seeks to live his life in that knowledge. This does not create fear but an assurance that what David seeks in his life is to walk in a fashion pleasing to God. The goal is to live in such a way that the Father sees David trying very hard to live a righteous and pure life. It is unknown if the psalm was written before the tryst with Bathsheba or not but it applies to either scenario. If he had applied this prayer at the time he saw Bathsheba bathing on the rooftop, sin would not have had its way with him. Praying this prayer in the moment of temptation will drive far away the desire to disobey God because the heart knows there is nothing hidden from God. It is safe to say the message of this prayer resonated with the heart of David after the affair with Bathsheba and never left his mind. There is a deep spirit of repentance in the message and a desire to fortify the soul against such vicious attacks in the future.

David invites the Lord to look in his life and see if there are any wicked ways. It is easy to try to serve God and mammon but Jesus reminds us this is impossible. Too often God’s children will try to justify unrighteousness by arguing the point of the line that is crossed or not crossed to define sin. The son of Jesse openly implores the Lord to open his heart and see if there are motives that are wrong, feelings that are unjust and whether sin is lurking at the door. He is all in and all open to the Lord. This is not a question of marginal living before the great I AM. David hates evil and is trying everything in his life to refrain from its power over him. Sin can only be dealt with by fleeing away from it. Eve’s first mistake in the garden was having a conversation with Satan. If she would have stopped the conversation, sin would not have happened. It is clear that sin begins when man tries to reason his way out of it. David has the answer. He asked God to examine him and see if there was any wicked way in him – big or small. Then he knew that he needed someone to guide him. David prays the Lord will lead him in the way everlasting. His only safety is in the Lord. To be a man after the heart of God is a man who has the courage to pray this prayer.