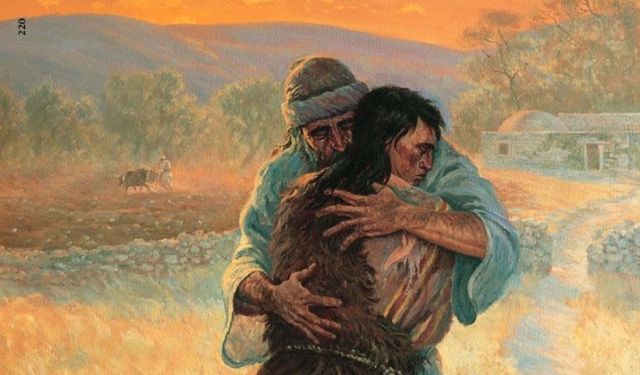 Then He said: “A certain man had two sons. And the younger of them said to his father, ‘Father, give me the portion of goods that falls to me.’ So he divided to them his livelihood. And not many days after, the younger son gathered all together, journeyed to a far country, and there wasted his possessions with prodigal living. (Luke 15:11-13)

The parable of the prodigal son is a stirring story of the power of sin and the incredible grace of God. In contrast, the story reveals the wants of a young man desiring to be free from the bondage of his father but finds only greater slavery at the hands of fleshly passion. When the young man finds himself at the lowest parts of life he realizes how many blessings he had in the home of his benevolent father. Coming to himself, he resolves to return home and become a hired servant. He no longer desires to be a son because he knows the shame he has brought upon his loving father. Returning home he discovers a truth not yet revealed in the character of his father: forgiveness and mercy. When the young man declares his sorrow for his actions, the father embraces him and exalts him with greater love to know the son he thought dead now lives and prepares a feast. Joy has returned to the Father’s home.

One of the moving lessons from this story centers upon the father. He was a man of incredible blessings. There was never a want or desire on the part of his sons. The younger son decided that he could have more freedom if he left the protective care of his father. It is only a parable but it can be inferred for lesson sake the father tried to talk his son out of his disastrous plans but to no avail. Love is found in the father’s heart when he had to let his son go. He knew forcing his son to stay would serve no purpose. His heart sank as he watched his son cross over the horizon and pass into the far reaches of another land. There were hard lessons his son would learn but he had to let him go.

While his son was away, stories trickled in of the exploits of the younger son. They were not filled with happiness and joy but great sadness at a young heart wasting his life on the temporary provisions of a carnal world. The stories faded away and no world was heard of the son. He had found the deepest parts of disparity and no one cared for him anymore. The father never gave up hope. He continued to look down the road for the distinctive frame of his younger son. Then one day he glanced far away and saw a ragged, emaciated frame of a man coming down the road. It was his son. His heart did not fill with anger but overwhelming love. He knew his son was coming home. The tender words of forgiveness were heard and the father wiped away all the sorrows of his prodigal son. Repentance brought his wayward son back to his embrace.

The father in the story is our heavenly Father. Sadly, we often represent the prodigal son. We look for freedom away from what we see as restrictive bonds of God’s word and think there is greater joy in the wiles of the world. Sometimes the children of God turn their backs on Him and return to the world of darkness. The Father waits. He is full of compassion and forgiveness. He waits for the child to come home. Sometimes they never return and die in the foreign land of wickedness. But sometimes the prodigal sons and daughters of a loving Father find their way back home. They know that God is a forgiving Father and when repentance is measured in the broken spirits of remorse, the Father embraces the child once again and joy fills the house of God.

There can be no joy until the child comes home. The father did not go after the child because he had to make his own way. When the child came home and acknowledged his rebellion, grace took away the stain. What the young man realized as he sat in the swill of the hog pen was the grace and mercy of a loving father. And he knew a very important lesson about his father: he knew he had a father who waited for him to come home. Our God is a loving God. He waits for us to come home.