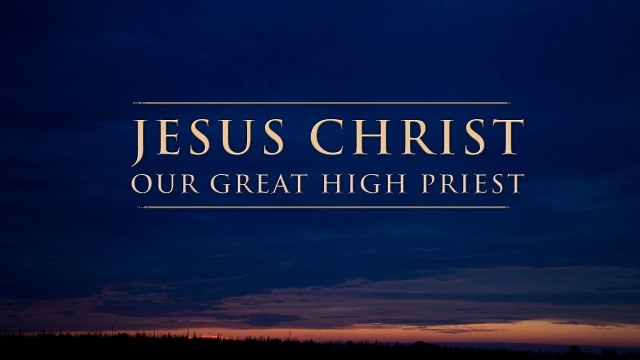 Therefore, if perfection were through the Levitical priesthood (for under it the people received the law), what further need was there that another priest should rise according to the order of Melchizedek, and not be called according to the order of Aaron? For the priesthood being changed, of necessity, there is also a change of the law. For He of whom these things are spoken belongs to another tribe, from which no man has officiated at the altar. For it is evident that our Lord arose from Judah, of which tribe Moses spoke nothing concerning priesthood. (Hebrews 7:11-14)

When God gave the law to Israel at Sinai He ordained the tribe of Levi to be His priests and servants to guard the words of the covenant. Originally the Lord had said that Israel would be a kingdom of priests but following the worship of the golden calf and death of three thousand Hebrews God set up the priesthood after the tribe of Levi. Specifically, the priest only came from the family of Aaron. This would remain unchanged throughout the history of Israel. The attempt of Jeroboam to circumvent the law requiring priests to be from Aaron did not change the word of God when the kingdom divided after the death of Solomon. Jesus kept the law including all the activities connected with Temple worship as He watched the priest from the ancient family of Aaron carry out their duties each year when the Son of God came to the Temple. When Jesus died on the cross and rose the third day the priesthood changed forever. One of the most profound doctrines of the New Testament church was the teaching that the Aaronic priesthood was no longer binding and through Jesus, a new priesthood was established after the order of Melchizedek. When Abraham returned from rescuing his nephew Lot he was met by the king and High priest of Salem (later called Jerusalem) where the patriarch paid tithes to Melchizedek. It was a significant part of Jewish history to read of Melchizedek who was unknown as far as his lineage. Paul makes the argument in the Hebrew book that Jesus was a priest after the order of Melchizedek which required a changing of the law. Under the Law of Moses priest could only come from the tribe of Levi and from the family of Aaron. Jesus was born of Mary who was from the house of David who was from the tribe of Judah. The Law of Moses said nothing about priest coming from the tribe of Judah.

The Law of Moses was annulled because the priesthood of Aaron was based on the blood of bulls and goats which could never take away sins. A time of reformation came when Jesus established the law of grace and truth through His blood nailing the Law of Moses (including the Ten Commandments) to the cross so that He could rise the third day as High Priest of the good things to come. He is the mediator of a new covenant making the Law of Moses an old covenant with no authority and no saving power. When men try to return to the Law as their guide and body of truth they immediately deny the Kingship of Jesus and His place as High Priest. Jesus offered one sacrifice for sins forever and sat down at the right hand of God as High Priest. If the Law of Moses is still binding Jesus could not sit at the right hand of God because He is from the wrong tribe and wrong family and sits on a throne that denies the word of God. But Jesus, because He lives and reigns forever, has an unchangeable priesthood. Binding the Law of Moses today requires identifying those from the family of Aaron through the tribe of Levi. What most people fail to understand is that no Jew for nearly two thousand years has been able to identify what tribe they are from. God removed the tribal identities because the Law was abolished. The only tribal identity that brings salvation is the tribe of Judah because Jesus came from the family of David. Thank God He gave the gift of His Son who was born of the seed of David to be the great High Priest to cleanse all men from their sins.