There Is A Generation 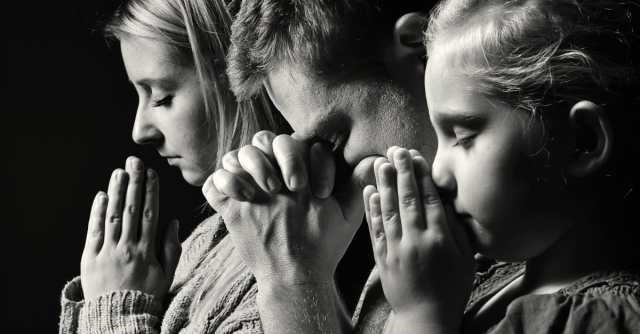 There is a generation that curses its father and does not bless its mother.

There is a generation that is pure in its own eyes, yet is not washed from its filthiness.

There is a generation—oh, how lofty are their eyes! And their eyelids are lifted up.

There is a generation whose teeth are like swords, and whose fangs are like knives, to devour the poor from off the earth, and the needy from among men. (Proverbs 30:11-14)

There Is A Generation

Parenting has always been a struggle between the influences of the world and the righteous hope in the word of God. It is clear that Satan will stop at nothing to destroy every human heart that lives upon the face of the earth and he is especially focused on the younger generation. The hearts of the young are not as developed making them more susceptible to the temptations of the flesh, desires of the eyes and the need of identifying with the proud spirit of worldliness and evil. If Satan can destroy the home he will succeed in influencing a nation to deny God and fill the world with the corrupt teachings of ungodliness. Often the most effective tool in the arsenal of the wicked one against the church is not political persecution but the corruption of the home in creating generations of children who will disobey their parents, run in the flood of dissipation and corrupts the nature of the body of Christ into a carnal feast of fun, frolic and recreation. His tactics are not new. The wise man wrote long ago about the dangers of a lost generation that curse their parents, fill themselves with pride and live in the frivolity of sexual pleasures to their heart’s content. When the home is characterized by spoiled children who demand their rights and parents willingly give them everything they demand, a generation of self-centered, shallow and angry souls grows into adulthood expecting the world to give them what they demand. It becomes a world rife with seeking the pleasures of self above others and headlong pursuit into the need to fill the physical with the desires of the flesh. Drugs, sex, alcohol, and rebellion become the banner of youth who are pure in their own eyes. A generation of hearts that care for nothing but their own selfish desires pleases the evil heart of Satan as he watches the family crumble and disintegrate into misery, hatred, and sorrows upon sorrows.

Satan may be the cause of the evil generation but the blame rests in the hearts of parents and grandparents who fail to teach their children about God and to have a deep love and devotion for the word of God. Learning about righteousness begins in the home where parents spend endless hours directing the hearts of the children to know God and to love His word. Within the church, many families find their children rebellious against the Lord because they have never learned the truth in the home. Parents live for the world six days a week and then put on a pious face for worship on Sunday with the children knowing all along the insincerity of the parent’s example. God begins in the home. A generation that loves God will find its beginning in the hearth of the home built upon the word of God. There are many good and righteous young people who love the Lord and seek to serve Him as well as they can. They have examples in parents who live faithful lives and grandparents who show them a pattern of fidelity and love for God. There is a generation that blesses its father and mother and is not pure in its own eyes because they humble themselves before the mighty hand of God. When the home is filled with the word of God and the parents seek to create in the hearts of their children the message of righteousness, truth, and purity, a generation will arise that will bless the Lord and serve Him. What conflicts the minds of youth is how hypocritical the adults are when it comes to service to God. Young people need to be lead to the truth by parents who are united as one in a covenant of grace under the banner of truth serving Christ as King and Lord of their lives. That generation will be blessed in what it does.