The Legacy Of Asaph

Posted on February 8, 2019 by heatonkent 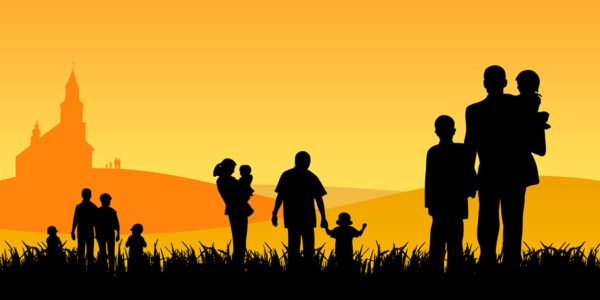 King David lived about one thousand years before the birth of Christ. During his reign, he went about placing musicians in the house of the Lord and organizing the Tabernacle worship. In 1 Chronicles 6, David appointed over the service of song in the house of the Lord, men who would minister the music before the dwelling place of the tabernacle of meeting. This would be in place until Solomon would build the Temple in 966 B.C. Among those who ministered at the tabernacle were the sons of the Kohathites, Elkanah and the son of Joel, the son of Samuel. One family would stand out among all those who ministered with music. The son of Berachiah, the son of Shimea was Asaph. The legacy of Asaph would be felt for many generations.

When David brought the Ark to Jerusalem, he spoke to the leaders of the Levites to appoint their brethren to be the singers, accompanied by instruments of music. “So the Levites appointed Heman the son of Joel; and of his brethren, Asaph the son of Berechiah; … the singers, Heman, Asaph, and Ethan, were to sound the cymbals of bronze” (1 Chronicles 15:17-19). Later, Asaph would be made chief and play cymbals (1 Chronicles 16:4-7.) Asaph and his brother were before the “ark of the covenant of the Lord to minister before the ark regularly, as every day’s work required” (1 Chronicles 16:37). The sons of Asaph would be separated to prophesy with harps, stringed instruments, and cymbals (1 Chronicles 25:1-2) and include 288 skillful men instructed in the songs of the Lord.

Solomon, son of David, built the first great temple for the Lord. During his reign, he would take the nation of Israel to its zenith of power and glory. When the ark of the covenant was brought into the temple, the priests put it into its proper place, into the inner sanctuary of the temple, to the Most Holy Place, under the wings of the cherubim. Among the singers who were present at the dedication of the temple, the children of Asaph are still serving the Lord in their priestly duties (2 Chronicles 5:11-14). One hundred years later, during the reign of Jehoshaphat, the Spirit of the Lord came upon “Jahaziel the son of Zechariah, the son of Benaiah, the son of Jeiel, the son of Mattaniah, a Levite of the sons of Asaph, in the midst of the assembly” (2 Chronicles 20:14). During the reign of Hezekiah, the sons of Asaph are still an integral part of the true worship to Jehovah in the midst of a wicked nation (2 Chronicles 29:12-15). In the days of the great king Josiah, the Passover was kept and among the priests are the singers from the family of Asaph (2 Chronicles 35:10-15).

Because of the wickedness of the nation, Israel was cast off into Babylonian captivity for seventy years. Under the direction of Ezra, the temple in Jerusalem would be rebuilt. Among the captives who returned from bondage were “the singers: the sons of Asaph, one hundred and twenty-eight” (Ezra 2:41). At the laying of the foundation for the temple in the second month of the second year of their coming to the house of God at Jerusalem, “when the builders laid the foundation of the temple of the Lord, the priests stood in their apparel with trumpets, and the Levites, the sons of Asaph, with cymbals, to praise the Lord, according to the ordinance of David king of Israel” (Ezra 3:10). What is important about this listing of the sons of Asaph serving the Lord in worship after the captivity is this would be nearly four hundred years since the ark was brought into the temple during the days of Solomon. The legacy of Asaph is he took very seriously the idea of passing down his faith to the generations that followed. His family served the temple for more than four hundred years.

Jeremiah wrote about a family much like the sons of Asaph. The word of the Lord came to Jeremiah and told him to go to the house of the Rechabites and invite them to the house of the Lord to drink wine. The prophet did as the Lord instructed and set bowls full of wine before the whole house of the Rechabites and said to them, “Drink wine.” But they said, “We will drink no wine, for Jonadab the son of Rechab, our father, commanded us, saying, ‘You shall drink no wine, you nor your sons, forever. You shall not build a house, sow seed, plant a vineyard, nor have any of these; but all your days you shall dwell in tents, that you may live many days in the land where you are sojourners.’ Thus we have obeyed the voice of Jonadab the son of Rechab, our father, in all that he charged us, to drink no wine all our days, we, our wives, our sons, or our daughters, nor to build ourselves houses to dwell in; nor do we have vineyard, field, or seed. But we have dwelt in tents, and have obeyed and done according to all that Jonadab our father commanded us.’” (Jeremiah 35:6-10). Here is a family that has established a generational faith to follow the faith of their father without exception.

The lesson from the children of Asaph and the family of the Rechabites is the value and importance (and need) for families to see the pattern of parents teaching their children and children teaching their children the word of God. The work of training the family never ends. Grandparents must never fail to give the proper training to their grandchildren. Too many of God’s people are losing their children to the wiles of the devil and destroying their souls. Families so often are single generational families when it comes to faithfulness to the Lord. Satan will attack the home first to stop families like Asaph and Jonadab the son of Rechab. The psalmist declared the work of training children: “For He established a testimony in Jacob, and appointed a law in Israel, which He commanded our fathers, that they should make them known to their children; that the generation to come might know them, the children who would be born, that they may arise and declare them to their children, that they may set their hope in God, and not forget the works of God, but keep His commandments; and may not be like their fathers, a stubborn and rebellious generation, a generation that did not set its heart aright, and whose spirit was not faithful to God” (Psalm 78:5-8).

How many families can list a four hundred generational faith like the sons of Asaph? It begins with each generation passing along to the next generation the love for God and to help their children be in love with God. Sitting on a church pew will not build a generation of faithful saints. Filling the heart with the word of God will change the family to be filled with the grace of the Lord through each generation. The most important commodity Noah had on the ark was not the animals or the grain or his wardrobe or favorite cart. What mattered most and the only important thing to his heart was the sight of his wife, three sons, and three daughters-in-law safely in the ark. How can we do any less?