Who Is Accountable For My Sin? 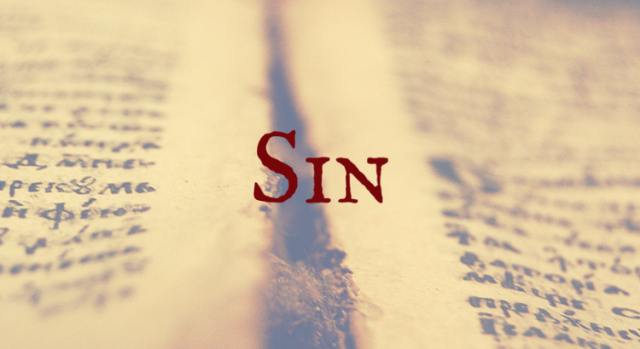 Who Is Accountable For My Sin?

Blaming others for individual failure is as old as the world. Adam blamed Eve and Eve blamed the serpent. It is easier to pass the blame to others than accept personal responsibility for self-failure. This act of desperation tries to salve the conscious of the blight of singular failure on the part of the person. Trying to pass along guilt to others can be done in this world but it will never happen in the world to come. Children can blame parents for the condition of their lives and society can be the cause of how many people find their lives in turmoil but in the eyes of God, there is only one person accountable. When Adam blamed Eve for his own failure the Lord rejected his plea. What Adam did was what Adam chose to do. Eve tried to blame Satan for her deception but at the end of the day, Eve was responsible for the actions of Eve. The lesson has been repeated often through history when blame is leveled against others.

As the people of God languished in the captivity, the prophet Ezekiel spoke plainly to the hearts of the people and told them what had happened to them was their own fault. Was the history of Israel filled with rebellion, rejection, and refusal to obey the word of God? The books of history clearly outline the failure of the nation but the people experiencing the long years of captivity were there with no one to blame but themselves. Because their fathers walked in the way of wickedness did not absolve the present generation of their own guilt. Righteousness is not an inherited trait but a learned attribute of a holy heart. In like manner, wickedness can never be used as a cause for succeeding generations to live in wickedness. The father may live a life of ungodliness but the blame is not inherited to the son by the natural process of birth. A son can choose to live a righteous life rejecting the way of his father. If a son decides to walk in the footsteps of his wicked father, the blame rest upon the son, not the father. When a man follows the word of God and forms his life in the character of righteousness, the son does not inherit these traits by natural birth either. If the son is righteous, it will come because the heart of the son chooses to walk in the path of righteousness. All men are accountable individually – not collectively.

The soul that sins shall die. There is no more profound statement regarding the character of a man than understanding the responsibility of the individual. Men are more apt to blame others for their life but in the eyes of God, the individual will be judged by the merits of the individual. When the judgment day arrives for all men where every soul will stand before the throne of the Lord to be judged according to those things done in the body, no one will be able to blame their parents, teachers, friends, religious leaders or the devil himself for their failures. The soul that sins is the soul that will die. This is a clear and demonstrative message woven throughout the word of God. If a man does what is lawful and right and has kept the statutes of the Lord observing them in the power of God’s word, he will receive eternal life. The son will not bear the sin of the father and the father will not bear the sin of the son. Whatever righteousness a man will do is accorded to him through the grace of God. All that a man does in a rebellion of the mercy of God will be accounted to him for condemnation. With all the mass of humanity that walks upon the face of the earth, all men will stand alone to receive the judgment of their lives. There will never be souls that stand before the Lord who do not understand and know the judgment received is righteous and true. All men will know and bow before the great I AM to accept the reward or punishment knowing full well the only person that is judged is the individual. Parents and children will be judged in accordance with their individual souls. Husband and wives will not be able to answer for the other or plead their case on behalf of another. Judgment is a singular, individual and personal verdict – very personal.