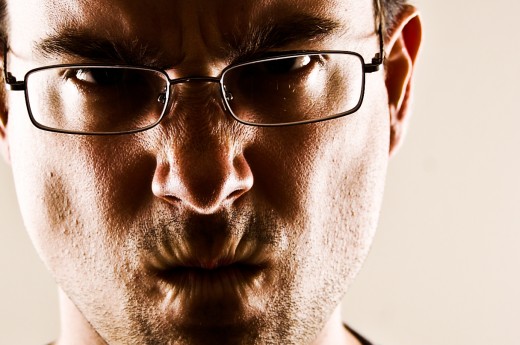 But now you yourselves are to put off all these: anger, wrath, malice, blasphemy, filthy language out of your mouth. Do not lie to one another, since you have put off the old man with his deeds. (Colossians 3:8-9)

When God came down to man at the tower of Babel and confused his language, the world became a place of many nations and cultures. Language is the tool of communication that is spoken by a country, region or group of people that make them distinct by their vocabulary, syntax and grammar. Speech comes from the culture a child is born into and they adopt the language of their parents in a natural manner because of familiarity, teaching and acceptance of the home language. Many people in the world learn other languages sometimes mastering multiple languages with great success. Learning a language different from the cultural language of birth is difficult but not impossible. This can be done by taking specific courses in the language and sometimes delving deep into a culture the language is learned by association. One of the great challenges for the people of God is the need to learn a different language than the parental language of the world that all cultures struggle with. Regardless of the national dialect of birth, there is a common language that all men speak. This is not a national tongue of distinction but an eternal language of sinful man. The world of carnal man speaks a language that glorifies the desires of man and fills his needs. Examining the speech of the worldly man it is clear to see there is a need for man to exalt himself as superior by his language that sets him apart from others. English teachers strive to teach their students the correct manner of speech to accomplish the means of communication with as much clarity as possible. Yet man finds the need to sprinkle his conversation with words of anger, blasphemy and filthy language. There never seems to be any rhyme or reason for the use of cussing. It does not fit the language but it fits the personality. This is an age old problem the apostle Paul warns against and through the Holy Spirit declares damning to the soul.

Children of God speak a different language because they have learned to speak the words of the Father’s grace. As people risen through Christ, their minds are set on the eternal language of God and they mold their lives to form the language of a holy character. Paul admonishes every Christian to change his language and learn the language of grace. There are some things no Christian should be known by: anger, evil speaking, blasphemy, filthy language and lying. These are dirty rags from a filthy world. Anger does not speak the character of a humble servant of Christ. A man can convince himself that he is justified in being angry but in Christ he must change his heart. Anger comes from an angry heart. How can a child of God have an angry heart when they are filling their hearts with the love of God? The two are not compatible. It may be difficult to learn the language of grace and taking away the language of anger but in Christ it can be done. Malice is speaking with the intent to bring harm, pain and injury. The insidious language of a heart filled with malice is the hatred that comes from the lips. Verbal abuse is the spirit of an ungodly heart that speaks ill-tempered words against a spouse, a child or anyone who offends the person. Blasphemy is using God’s name in vain or the name of Jesus Christ as slang. It is a common use in the language of the world to profane the name of God. Under the Law of Moses such language was punishable by death. Children of God who use His name in vain profane the name of their Father and He will not allow them to go unpunished. Filthy language out of the mouth is the foul stench of the devil’s whisper passing the lips of a corrupt heart filled with sin. Lewd, indecent, and immodest speech should never come from the lips of a Christian – period. It may be funny to the world but to the ears of the Lord God Almighty it is an abomination and will not go unpunished. Children of God do not lie. For any reason. For any cause. No person who names Jesus Christ as their Savior should allow the language of lying to be their tongue. The old man of sin should have been put away and that includes getting rid of a lying spirit.

Learning a new language can be difficult. Trying to rid the heart of the language of sin can be difficult but through the grace of God it can be done and it must be done. God will not accept us because we believe that we cannot do any better. Our speech will betray us before the throne of God if we do not change it. Measuring sin as something greater than another and accepting the idea that as long as I do not murder, commit adultery or steal I am safe; while speaking words of anger, filthy and lying; is nothing more than deluding myself into a false sense of security that does not exist. Jesus told His disciples that all men will be judged by their words. God said to PUT OFF anger, wrath, malice, blasphemy, filthy language and lying. Either change your language or change your name.