It Made Jesus Marvel 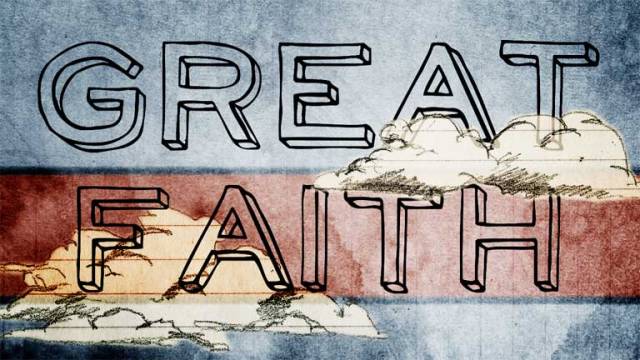 When Jesus heard these things, He marveled at him, and turned around and said to the crowd that followed Him, “I say to you, I have not found such great faith, not even in Israel!” (Luke 7:9)

It Made Jesus Marvel

There is no doubt that Jesus is the Son of God. John’s gospel is dedicated to the proof that Jesus of Nazareth was the Word and the Word was God. Luke writes about the one who was deity that took on flesh. Throughout his gospel, Luke will show many of the human sides of Jesus declaring his humanity by emotions and feelings that all men share. Jesus would grow tired, need to eat, feel pain, sleep, become angry and to the amazement of the reader – the Son of God can be surprised. A Roman officer had a servant who was very sick and ready to die. Luke tells of some elders of the Jews being sent by the centurion begging Jesus to heal the servant. As the Lord approached the house where the sick man lay, word came from the Gentile soldier that Jesus would not need to enter his home but say the word and the servant would be healed. What background the centurion had and connection with the teachings of Jesus is unknown. It is evident he had such an incredible faith in the power of Jesus that he believed the man from Nazareth could bring his servant back from death with only a word. This astonished Jesus.

Luke says that Jesus marveled at the faith of the centurion. To marvel after someone is to be taken back by the action of another. The Son of God did not expect this kind of faith coming from a man who was not a Jew. Sadly, the contrast given by Jesus was His desire to see this kind of faith among His own people. Because of the centurion’s faith, the servant was healed and there was great rejoicing in the home of the Roman official. There is a desire to know more about the soldier and how this impacted his life. What is known is how his story impacted the life of Jesus. It was a struggle to help the Jews see Jesus as the One sent from God. They were so blind in their prejudices and traditions they could not see the man from Nazareth as the Son of God. Often Jesus would come in conflict with the leaders who constantly sought to catch Him in His words denying the miracles that happened before their eyes. Time would come when the people would be chanting for the death of Jesus and the cross would take His life. What happened when the centurion in this story heard what they did with Jesus? He had such incredible faith it caused Jesus to marvel but now news came the man from Nazareth had been crucified. He must have been very sad to know the people could not see what he had seen and what he believed in the power of the word of the Lord.

Faith is found in many forms. The centurion believed that Jesus could heal by just saying the word. This is the kind of trust needed to see clearly the power of God. There are no miracles of healing today as this man experienced but the incredible faith of the most unlikely person resonates today as a beacon of where our trust should be. There are many things that dampen our faith. The centurion loved his servant very much and first believed that Jesus had the power to heal. That by itself was the first measure of great faith. As Jesus approached his home, the man took his faith beyond the limits of most men to suggest that his servant could be healed with just a word and Jesus did not have to be present to accomplish the healing. So strong was his faith in the Lord he went beyond the normal measure of faith accepting the impossible. Through his faith the servant was healed. Can we find such faith in our lives to trust in the Lord through the difficult times? When the impossible stands before us can we have the faith of the centurion to believe in the power of God? Will our faith cause Jesus to marvel?