Turning A Mistake To Glory 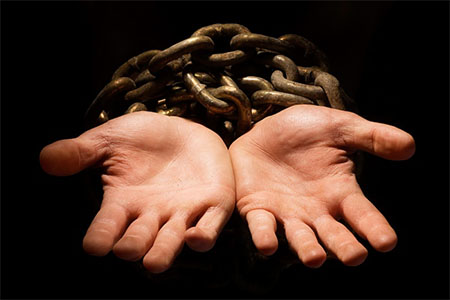 Therefore, though I might be very bold in Christ to command you what is fitting, yet for love’s sake I rather appeal to you–being such a one as Paul, the aged, and now also a prisoner of Jesus Christ–I appeal to you for my son Onesimus, whom I have begotten while in my chains, who once was unprofitable to you, but now is profitable to you and to me. I am sending him back. You therefore receive him, that is, my own heart, whom I wished to keep with me, that on your behalf he might minister to me in my chains for the gospel. But without your consent I wanted to do nothing, that your good deed might not be by compulsion, as it were, but voluntary. For perhaps he departed for a while for this purpose, that you might receive him forever, no longer as a slave but more than a slave–a beloved brother, especially to me but how much more to you, both in the flesh and in the Lord. (Philemon 8-16)

Turning A Mistake To Glory

The circumstance of Onesimus is unknown why he ran away from his master, Philemon. Slaves took an incredible risk if they decided to leave their masters without permission because there were few places they could go to find protection. The Roman Empire was so vast, eventually a slave would be caught and severe penalties would be enforced. The Empire was full of thousands of men, women and children who lived the life of slavery. Throughout the New Testament writings, slavery was used as an expression of discipleship to Jesus Christ and on a few occasions, the commands of the Lord forbade slaves to be unruly towards their masters. In kind, masters were forbidden to be harsh to their slaves. How Onesimus came to know Paul is of speculation but it was the greatest thing that ever happened to this runaway slave.

Onesimus took a brave step when he decided to slip away from the home of Philemon. There were many anxious days and nights as he secretly moved about the land. It is possible he was caught and imprisoned with Paul and that is when his life changed. The apostle took every opportunity to teach others the gospel and this runaway slave was no exception. The joy of salvation brought Onesimus into a servitude with Jesus Christ and a brotherhood with Paul and his master, Philemon. Paul’s letter to Philemon is an expression of his respect for his friend and an appeal to receive Onesimus back – not just as a slave but now as a brother. Onesimus had made a grave mistake to run away. Paul acknowledges this but what was an unfortunate decision changed the lives of the slave and the master. Philemon was now blessed with a servant who was also a servant of the Lord.

Paul alludes to the providence of God in the decision of Onesimus to run away. Could it be the slave running away fulfilled a purpose in the plan of the Lord to bring him to Christ? Regardless, the reality was that Onesimus made a mistake but his decision turned out for glory. Philemon must see the wonder working power of Christ in the life of Onesimus and the joy of a slave who was now a brother. As a Christian, Onesimus will be a more valuable slave than ever before. The bond of Philemon to his slave will change dramatically and what a blessing.

Mistakes often fill our lives. We make a decision that is a bad choice and one we will regret for a long time. What we learn from Onesimus and Philemon is the joy of turning a mistake into glory. Was it wrong for the slave to run away? Yes. Was Philemon upset about the action of his slave? Probably. Was there a greater good found in the story of a runaway slave? To the glory of God, the slave became a child of God and what looked like a tragedy turned into rejoicing. Paul’s appeal to Philemon is one of perspective. The apostle does not supposed to demand of Philemon the wrong Onesimus did but to remember the joy of how something bad turned into something good. How Philemon receives his slave will determine the outcome of both of their lives. When we look at mistakes and regrets, we should also look at the opportunities that come from a broken heart, remorseful spirit and a desire to do right. A greater good so often can come from a tragedy.

Forgiveness is the joy of being a child of God. The relationship we share with the Father is the expression of love we have for one another. Our Father forgives us when we repent and we should forgive those who have wronged us. No man need be defined by his failures but how he rises from the ashes of a broken life to serve God in glory. Onesimus made a serious mistake but he made a decision that had eternal consequence. Perhaps he ran away so he could fall in the arms of a forgiving Savior. To God be the glory.

There is nothing final about a mistake, except its being taken as final. (Phyllis Bottome, Strange Fruit, 1928)