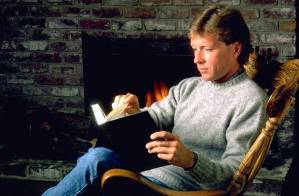 What is a real man? Is he tall, dark, rugged and handsome with a washboard physique and penetrating blue eyes?  The Roman gladiators of our day are portrayed as specimens of man’s glory in appearance and dress challenging the view of society to favor rich, successful men of external exuberant charm. And then the commercial comes and life is not as real as one seems. What makes a real man anyway? How do we measure the true character of a real man?

REAL MEN KNOW HOW TO LIVE. There is a side of comedy when men decide to live as if they could conquer the world. They are full of the macho manhood of superiority with all its glamor and charm and possess all the talents of a snowman. The wise man exhorted young men to “Remember now your Creator in the days of your youth, before the difficult days come, and the years draw near when you say, ‘I have no pleasure in them’” (Ecclesiastes 12:1). Those “difficult days” come to all men. Life is not about the gusto of living for the moment and going as fast as you can. Some have the mistaken idea that living the fast life and sliding into home at the end is the glory of a real man. A real man is one who takes stock of life in regard to what he really is – a mortal man.

What conclusion did the wise man have for the real man? “Let us hear the conclusion of the whole matter: Fear God and keep His commandments, for this is man’s all. For God will bring every work into judgment, including every secret thing, whether good or evil” (Ecclesiastes 12:13-14). This is not a negative message but a positive one. The Lord encouraged youth to enjoy the fleeting days of strength (Ecclesiastes 11:9-10) but to keep a focus on life. A real man knows how to order his life in a proper manner.  “For bodily exercise profits a little, but godliness is profitable for all things, having promise of the life that now is and of that which is to come” (1 Timothy 4:8). A real man knows that a godly life is for eternity to come but also for the life that now is.

REAL MEN KNOW HOW TO CHANGE. Asking directions is not a manly thing to do for some reason. Admitting a need to change is not high on the list either. This virile feeling of invincibility hinders the “real man” from changing. His youth is his strength and to change the character is a sign of weakness. Pride is the central reason men refuse to change their hearts, their lives, their attitudes or anything they feel would lessen their supposed manhood. The great men of God changed many things in their lives. Abraham accepted change and went where God directed him to go. David changed when confronted by Nathan who faced the king with his sin. Peter changed his life as did Saul of Tarsus who became the apostle Paul.

As the real man knows how to live he changes his life to mold into the character of Jesus Christ. The real man has “put off the old man with his deeds, and [has] put on the new man who is renewed in knowledge according to the image of Him who created him” (Colossians 3:10). To be a real man is to be a man in the image of the Son of God.

REAL MEN KNOW HOW TO BE HUMBLE. The humble heart is the central character of a man of God. Humility is to be possessed of meekness which in the eyes of the Lord is a great strength. Read the story of Moses and see how he was a real man. “Now the man Moses was very humble, more than all men who were on the face of the earth” (Numbers 12:3). The Lord will lift up the real man of humility (Psalm 147:6; James 4:10; 1 Peter 5:6).

The real man of a humble spirit is one that shines in the grace of Jesus Christ. “Therefore, as the elect of God, holy and beloved, put on tender mercies, kindness, humility, meekness, longsuffering; bearing with one another, and forgiving one another, if anyone has a complaint against another; even as Christ forgave you, so you also must do” (Colossians 3:12-13). Now that is a real man.

REAL MEN KNOW HOW TO LOVE. Knowing how to love is shown in the heart, in language and in action. Young men who show love for others are real men. Husbands who tell their wives each day of their love for them are real men. Fathers who share with their children every day words of love are real men. Love is a strength when felt and shown towards others. Jesus had compassion on others because He was a man of love (Mark 6:34). His love was shown by touching the leper (Mark 1:41). On the cross He expressed His love for Mary when He asked John to take care of her (John 19:26-27). Real men know the value of 1 Corinthians 13:4-8 in defining love in their lives. They are known as men who have hearts of love; men who express their love; men who show their love in action. A chauvinist spirit cannot reside in a real man. The real man is guided by the compassion for others.

REAL MEN KNOW HOW TO PRAY. A man who knows how to kneel is a man who stands tall. The real man knows grace and has experienced mercy. Prayer is the removal of self and the exaltation of the Lord. Prideful men do not pray. Arrogant men do not pray. Self-centered men do not pray. These men only utter words. The real man is the man who opens his heart to a loving God and seeks the blessings of his Maker. “The [misguided man] stood and prayed thus with himself, ‘God, I thank You that I am not like other men–extortioners, unjust, adulterers, or even as this [man]. I fast twice a week; I give tithes of all that I possess.’ And the [real man], standing afar off, would not so much as raise his eyes to heaven, but beat his breast, saying, ‘God, be merciful to me a sinner!’” (Luke 18:11-13). Here is a real man.

REAL MEN KNOW HOW TO SAY “I’M SORRY.” The greatest weakness a man will possess is the inability and unwillingness to admit wrong. A spirit of superiority that does not allow a man to recognize he is wrong is a spirit of a weak man; miserably weak. Many marriages are wrecked from this attitude. Fatherhood is seen as a tyranny by children of a man unpossessed with the honesty to admit wrong. The king of Israel did not blame others for what he did – he admitted his own sin. “So David said to Nathan, ‘I have sinned against the Lord’” (2 Samuel 12:13). There is only one man who was without fault and He was Jesus Christ. To express remorse over words said unbridled shows the real strength of manhood. Showing to their children the frailty of fatherhood exalts a man as a father to his children. Expressing a spirit of a contrite heart is what possesses a real man.

The words “I’m sorry” show a humble heart of one who is more interested in the welfare of another instead of his own stubborn will. It expresses in words a love without bounds. Simple words but how majestic when heard from a man who knows the favor of the Lord in his own life. Finally,

REAL MEN KNOW GOD. Jehovah said of Abraham, “I have known him” (Genesis 18:19). Real men do not pursue the false accolades of human honor but the declaration of the real spirit of a man who is known by the Almighty. Whatever awards and privileges can be given to man on this earth will all pass away but the favor of the Lord will always endure (Proverbs 12:2). The real man is one who knows the will of God and takes the mantle of leadership as one directed by God Himself. His shoulders stand broad as a servant of the King of Kings and Lord of Lords. The prayers of this man will be mighty. Homes will be secure in the guidance of a man who will possess his family to the eternal gates of life. Real men are men of the book – the word of God.

Real men not only know how to do all these things; THEY DO THEM. They live with a proper view of life, they change those things in their lives that show them to be a man’s man instead of God’s man, they become humble in their spirit, they show and speak their love to their wives and children and brethren, they are not afraid to cry, they show an example in prayer by praying often, they admit they are wrong because they are wrong sometimes (more often than admitted), they take the cloak of leadership seriously – and most important – they are known of God.

Moses was called a “man of God” (Deuteronomy 33:1) as was David (Nehemiah 12:36). A man of God is a real man. Real men find the peace that surpasses understanding and allows Christ Jesus to guard their hearts and minds (Philippians 4:7). “So I sought for a man among them who would make a wall, and stand in the gap before Me on behalf of the land, that I should not destroy it; but I found no one” (Ezekiel 22:30). May the Lord find real men waiting to stand in the gap for Him.