It’s Not Hard To Be A Christian 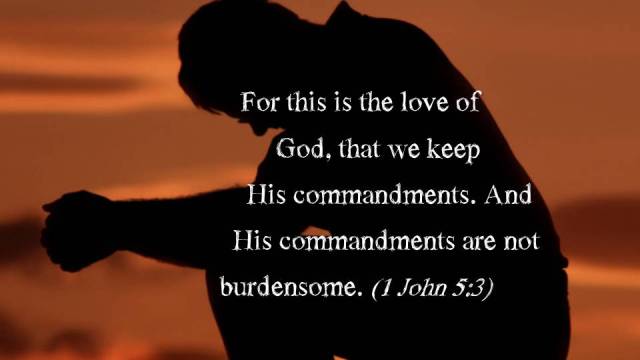 It’s Not Hard To Be A Christian

God created a world in perfection and beauty. Everything touched by the hand of God was the highest expression of His glory, His majesty, and His wisdom. Creating the world, the Lord made a perfect union between light, energy, space, and matter that in its own right was perfectly matched and placed in its exact order. When the man was formed from the dust of the ground and the woman taken from the side of Adam, the family became a perfect union of two creations fitted for one another. God placed the man in a garden that suited every need he had with the provisions of taking of every fruit of the trees except one. There was nothing harsh about the conditions set forth by God or oppressive that would punish man. Everything was provided for the good of man. At the time of the garden, there was only one tree man was not permitted to eat and that became the downfall of humanity.

Before Adam and Eve ate of the forbidden fruit, what did they lack? What had God denied them? Were the commandments of God too strict for them and did the Lord impose too harsh a law upon His creation? A cursory examination of the story finds there was nothing hard or difficult for Adam and Eve to understand and it was not a law that was complex in its meaning and consequence. If they ate of the forbidden fruit, they would die. They ate of the forbidden fruit and they died – first spiritually and then physically because they lost the garden. What Adam and Eve gave up was everything good God planned for them. After the fall of man and his expulsion from the garden, life was more difficult and harsher but the commandments were not harder or impossible to keep.

What time in history has the Lord demanded more of man than he could deliver? Outside the garden, conditions would be more severe but if man could not keep the commandments of God in the perfect world of Eden he would struggle with keeping the commandments of the Lord outside the garden. The Lord did not impose impossible commandments upon the people of Noah’s day yet everyone died in the flood except eight souls. During the days of Abraham, which laws were too difficult to understand and obey? Abraham did not think anything God asked of him was impossible; even when he was asked to sacrifice his only son. The children of Israel were given a law written down in the book of Moses. Which one of the commands were the Hebrews unable to keep? Only the ones they did not want to follow. There was nothing in the Law of Moses that was a burden for the people to follow.

Jesus came and died for all men teaching the world to obey the Father and follow after His will. Which of the commandments of Christ (from the Father) did He give the world that is burdensome? There is nothing God has asked a man to do today that he cannot do. Men act as if God has given them something they cannot do. A father can ask more of his children at times. The employer may expect more of his workers than can be done. There can be expectations from the world that men can never achieve but there is never a time that God has commanded a man to obey His will that any man could not follow. The law of God is not burdensome. It is not impossible to follow. The Lord has not asked any person to do something or to live in such a manner they cannot follow through. All the commandments of God are for the good of man.

Too many men act as if they cannot follow the will of God because it is impossible. With God all things are possible. Each command of the Lord is structured to bring out the best of a person and to show the beauty of God’s creation. Commandment keeping shows love for the Father. Refusing to keep the commandments of God shows distrust and disloyalty to Christ. If a man says he loves God he is a man who is willingly subject to all the commands of God. There are no complaints or misgivings of what the Lord demands. Obedience is open and free and willing to go however far the measures required. There is not one soul who will stand before God in judgment and claim the commandments of the Lord were too hard to follow. They will know at that moment that God expected nothing more than what a man could do if he was willing. Sadly, most men will realize too late how wonderful the commandments of God were for their lives and their eternal souls. Love God. Keep His commandments. All of them. It is a good thing.