He Had An Excellent Spirit 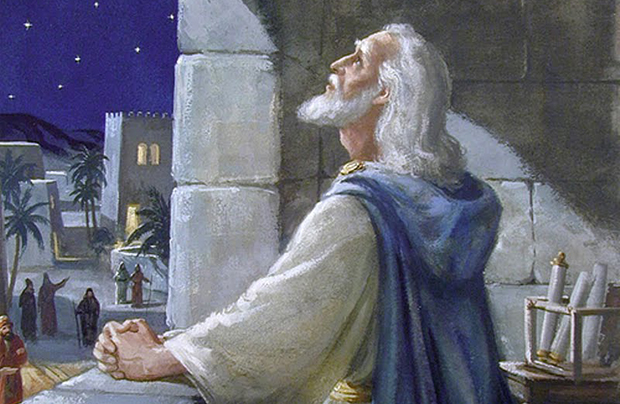 It pleased Darius to set over the kingdom one hundred and twenty satraps, to be over the whole kingdom; and over these, three governors, of whom Daniel was one, that the satraps might give account to them so that the king would suffer no loss. Then this Daniel distinguished himself above the governors and satraps because an excellent spirit was in him, and the king gave thought to setting him over the whole realm. (Daniel 6:1-3)

He Had An Excellent Spirit

Life can be very hard. It can turn out in ways unexpected and plans made in youth can be lost in adulthood. This is the story of Daniel and his three friends who lived during the final days of Judah and captivity in Babylon. At the time of the destruction of Jerusalem, Daniel was a young man. He was a strong, healthy, good-looking, and gifted with knowledge and good judgment. As a young Jew, he would have so many things to look forward to. That all changed with the Babylonian army arrived at Jerusalem and destroyed it. It was an uncertain future for the youthful Daniel as he watched the land of his forefathers disappear over the horizon. He would never see the fertile lands of Canaan again and never worship in the temple of his God. His life took a drastic turn but he was not going to allow the circumstance of his surroundings to change the depth of his love for God in his heart.

When Daniel first arrived in Babylon he faced a lot of changes that would impact the rest of his life. His name was changed from giving glory to God to a name with an homage to a Babylonian god. Along with his three friends, Daniel would be taught the literature of the Chaldeans and learn the language of the empire that enslaved them. For three years, the young men would spend their days immersed in the Babylonian culture which was so foreign to the customs of their homeland and the Law of Moses. But these godly men purposed in their hearts that while their names were changed and the culture of the Chaldeans would be a large part of their lives, the heart that had served the Lord God would not be compromised. The first test came when the king required the young men to eat of the king’s delicacies and wine which he drank. Daniel asked the chief of the eunuchs for permission not to eat the unacceptable foods. This was a bold request. Daniel and his friends were blessed by the mercy of God to be allowed to not eat of the king’s delicacies and the king found them ten times better than all the wise men in his court. An excellent spirit guided their hearts and God was glorified.

In the second year of Nebuchadnezzar’s reign, the king had a dream that would put Daniel and his friends in peril. Demanding the wise men tell the dream and the interpretation, the king began killing the wise men because of their inability to tell him the dream. Daniel interceded and along with his three friends prayed to God for an answer to the king’s demand. Again the mercy of God revealed the dream and its interpretation saving all the wise men along with the three Hebrews. The excellent spirit of Daniel gave him the courage to ask God for the impossible. His friends prayed together and found deliverance through the power of prayer. The captivity had not diminished the faith of Daniel, Hananiah, Mishael, and Azariah.

Nebuchadnezzar erected an image of gold ninety feet tall and nine feet wide and set it up on the plain of Dura in the province of Babylon. He commanded all of his counselors to attend the dedication of the image and required everyone to fall down and worship the image when the music began to play. Hananiah, Mishael, and Azariah attended the dedication but refused to bow down to the image. Infuriated by their public demonstration of defiance, the king ordered them thrown into a blazing furnace of fire which consumed the soldiers who threw the three Hebrews into the fire. By the mercy of God, the three young men were delivered from death and came out of the furnace unharmed. It did not matter whether God would have delivered them from the fire as the three Hebrews had excellent spirits to serve the one true God with no concern for the consequences of what the king would do to them. To deny the explicit command of the king of Babylon and face the fury of a fiery death did not dissuade the hearts of Hananiah, Mishael, and Azariah to stay true to their heart of devotion for God.

After the fall of the Babylonian empire and the rise of the Persian kingdom, Daniel remained in a place of authority within the new hierarchy. His character was immediately recognized by Darius the Mede and the king planned on placing Daniel over the whole realm to govern all the officers of each province. What set Daniel apart was he proved himself trustworthy, honest, loyal, and dedicated but in a way that Darius would later come to know as the spirit of the living God. Daniel was not a party politician that served the interest of the king but a loyal child of God who served the Lord of all. The heart of Daniel had purposed itself to serve God and to serve God alone. From the tragic day he was taken away from the homeland of Abraham, Isaac, and Jacob, Daniel purposed in his heart to be an excellent man. A person of virtue. Honor would be his badge. His credentials were written on a heart of obedience to the will of God. The chief of the eunuchs under Nebuchadnezzar and the kings of Babylon and Persia saw in Daniel something few men possessed. Daniel distinguished himself because he served God.

The days in which we live are hard and filled with uncertainty. Men and women of God must let the world see the spirit of excellence in the hearts of God’s people so they can see the Son of God. This is a time when the righteousness of true virtue is exalted in the language, actions, and lives of the church of Christ. There is a great need for hope in a world filled with anger, hatred, and prejudice. Love is not the answer – Jesus Christ is. The calming spirit of those dedicated to the love of God will show in their lives humility of submission to the grace of God and an example of faith in facing whatever uncertainties arise. Christians must distinguish themselves with an excellent spirit and a heart filled with the word of God. Let Christ shine in your life so that others can see God living in you. Be an excellent spirit.