They Called Jesus A Samaritan Devil 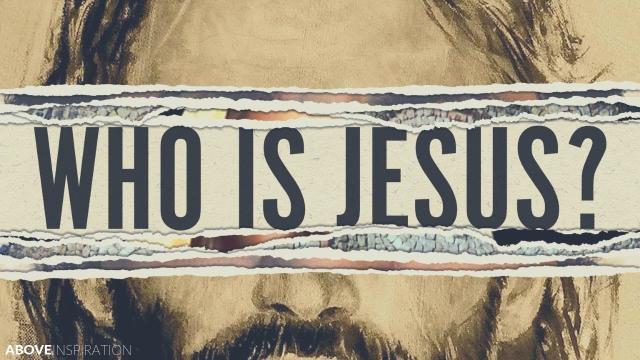 Then the Jews answered and said to Him, “Do we not say rightly that You are a Samaritan and have a demon?” (John 8:48)

They Called Jesus A Samaritan Devil

Insolence is the art of disrespecting, despairing and implying impertinence of character against another. The Jews of Jesus’ day were well crafted to attack Jesus with malicious hypocrisy to justify their envy of His popularity and to answer the undeniable proof of His miracles.  They never tried to repudiate the miracles of Jesus because it was impossible to deny the demonstrative evidence of Jesus’ power over all things earthly and demonic. Instead, the Jewish leaders sought to slander His character.

Jesus had fed more than five thousand people with five loaves of bread and two small fishes. When the people found Jesus the next day, He rebuked them for seeking the bread that perishes rather than the eternal manna of God. Many of the disciples turned and walked away from Jesus because of the teaching of the Lord that He was the manna from the Father. Even his own fleshly brothers did not believe Jesus was the Son of God. There was a great dispute among the people about Jesus. Many believed He was the Messiah but many more doubted. The Jewish leaders rejected the claims of Jesus and sought ways to destroy him. A woman was caught in the act of adultery (the man was not brought) and the Jews brought her before Jesus to test Him seeking something to accuse Him. Quietly, Jesus stooped down writing on the ground and each man walked away convicted in their conscience. Jesus told the people He was the light of the world and the Pharisees accused the Lord of bear false witness.

Teaching the multitudes in the temple, Jesus told them He was from the Father and that He must go away but they would not be able to go with Him. The Jews thought He meant He was going to kill Himself. Jesus tells the religious leaders He was from above and that He had come from the Father. All the miracles pointed to the divine nature of Jesus. His teachings were clearly marked by the evidence of the word of the Father. All the evidence that Jesus of Nazareth was the Son of God was plainly given to the people to show the Messiah had come and yet the Jews called Jesus a Samaritan devil. Their conclusion, according to their wisdom, decided that Jesus was nothing more than a mongrel dog possessed of some devil. When Jesus told the Jews that Abraham had rejoiced to see the coming of the Seed and that Jesus was divine existing before Abraham, the Jews took up stones to throw at Him. Their hatred spilled over to wanting to commit murder.

Calling a Jew a Samaritan was a vile curse. Samaritans were half-breeds of the Assyrian occupation when the northern ten tribes were destroyed in 722 B.C. The Jews despised the Samaritans and treated them with the greatest of contempt. Hurling the defamation of a Samaritan curse and accusing Jesus of having a demon was the lowest contempt in the Jewish language. The hearts of the Jewish leaders were filled with hatred and murder. These emotions would come to bear before the judgment seat of Pilate when the Jews cried out for Jesus to be crucified. The Son of God was accused of being a demon and the Jews succeeded in killing Him on a Romans cross because of their hatred.

Most men reject Jesus today as being the Son of God and while they may not use the language of the ancient Jews to call Jesus a Samaritan devil, their rejection is measured by the same rule of hypocrisy. The wisdom of man cannot accept a crucified Christ. His miracles are defined by scripture, the teachings of the Father are manifest in printed form and the power of creation and divine revelation herald the presence of divinity but most men believe Jesus to be a Samaritan devil. Jesus did die on the cross because that was the will of the Father. He did return to the Father where He reigns as King of King and Lord of Lords. Unless a person believes that Jesus is the Christ, there is no hope. If a person does not obey the will of the Father they in a fashion call Jesus a Samaritan devil as they reject Him from being divine. A man will either pick up stones to kill the message of salvation or he will take up a cross and follow Jesus. Is Jesus a Samaritan devil or is He the Son of God? You decide.

3 Responses to They Called Jesus A Samaritan Devil