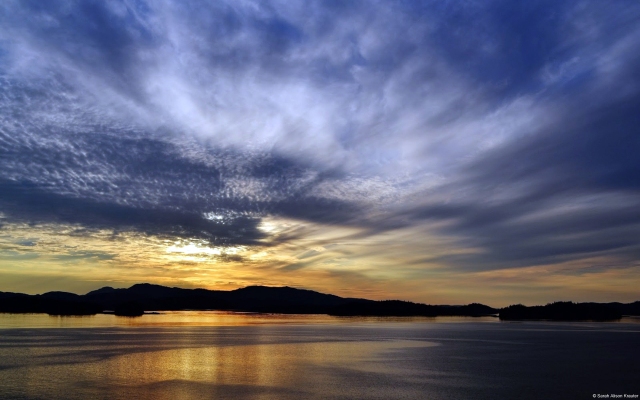 Then he said to Jesus, “Lord, remember me when You come into Your kingdom.” And Jesus said to him, “Assuredly, I say to you, today you will be with Me in Paradise.” (Luke 23:42-43)

The idea of a paradise was not uncommon for the people of Jesus’ day as it was a word denoting a garden much like the Garden of Eden. Of Persian origin, a lush garden was a welcome relief from the harsh climate and hot desert world. The first time the term paradise was used in a spiritual realm was when Jesus promised the thief on the cross that he would be with the Lord in death. When the two criminals were first crucified with Jesus, they railed against Him and mocked him. A change of heart came over one of the men and he begged mercy from the Lord. By the power of God Jesus granted forgiveness to the man with the promise that in death he would be received into a garden of happiness. This was not the first time Jesus spoke of a place like a garden. In the story of Lazarus the beggar, Jesus tells how the invalid man in life was carried by angels to the bosom of Abraham when he died. Lazarus suffered many cruelties in life but his death was like being transported to a beautiful garden in the presence of the righteous. The Hadean realm was the place of the dead described by the Son of God with a paradise of peace and joy and also a place of great torment and suffering. Death brings about two rewards: one to life and the other to eternal death. All men are found in Hades in death as all men are kept in the realm of the dead until the judgment day of the Lord. Jesus promised the thief that he would be taken to the garden of joy when he died – a place called Paradise. Paul would later write that he had made a journey to the place of Paradise in his letter to Corinth. John the apostle describes in the Revelation the promise of Jesus for those who overcome the renewal of the happiness of Eden where the tree of life abides.

Everything known about the eternal Paradise comes from the words of Jesus. He promised the thief joy in death with the hope of life. Whatever kind of life the thief had led brought him to be executed by the Romans. Nothing is said in scripture about the man and that information is not important because Jesus knew the heart of the man as well as he knew the heart of the second thief. One man recognized his need for the saving power of the man in the middle but the other thief died in misery, sorrow and without hope. There would be no Paradise for the other thief. He died cursing, swearing and denying God until he opened his eyes in eternity and realized he was no longer hanging next to Jesus and the other thief and there was an eternal God. Whatever blessings and joys found in Paradise would not be found where the second thief was going. Jesus gave the thief that sought His mercy hope in life after death in a place called Paradise. It is impossible to believe in Jesus and not believe in Paradise. Accepting the teaching of Jesus includes believing there is a place of joy that awaits the faithful. Jesus describes the place of Paradise as a place of comfort. There is a remembrance of the former life in Paradise without tears, sorrow and heartache. The thief suffered a great deal on the cross especially when the soldiers came and broke his legs to hasten his death. If he had the opportunity to look at Jesus he would have seen He had already expired. Jesus went to prepare a way for the thief to come to Paradise. What a welcome that must have been when finally the thief died and opened his eyes to the joy of eternal life. Paradise was not a dream but the fulfilled promise of Jesus.

All of the promises of God have come true. It is not recorded in scripture about the thief going to Paradise but Jesus was there and if He was there, the thief was there. The consolation of life with its drudgery of pain and sorrow can be mitigated by the hope of an eternal garden that is beyond imagination where all the righteous dwell awaiting the final day of glory. Like the thief, everyone who obeys the word of the Lord can look forward to something beyond this life. The crucifixion was the most horrible means of execution devised by man but it finally ended for the thief in death, and then real joy began in Paradise. Life is a hard and arduous journey but there is nothing to be compared to the hope of leaving the trials of this life for a garden as green as the eternal tree of life and water as crystal clear as glass. Angels carry the saved to the bosom of Abraham where they find eternal comfort. What a day that will be to make that incredible journey to the Paradise of God where all the saints await the coming of the Lord. With this knowledge, death is not so bad after all. The alternative is a better view because it is Paradise.