Posted on December 3, 2019 by heatonkent 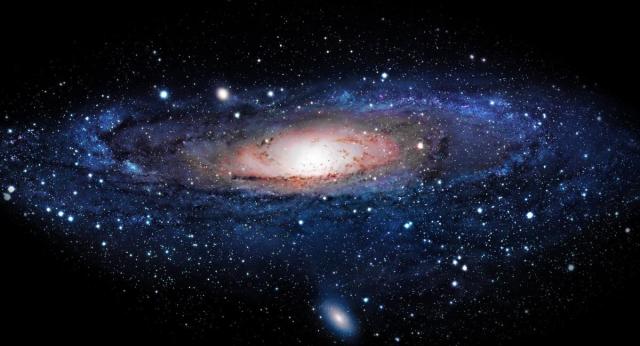 Thus says the Lord, the king of Israel, and his redeemer, the Lord of hosts: “I am the first and I am the last; besides me, there is no God. And who can proclaim as I do? Then let him declare it and set it in order for me, since I appointed the ancient people. And the things that are coming and shall come, let them show these to them. Do not fear, nor be afraid; have I not told you from that time, and declared it? You are my witnesses. Is there a God besides me? Indeed there is no other rock; I know not one.” (Isaiah 44:6-8)

The history of humanity is filled with stories of great men who rose to power and conquered their worlds with courage, boldness and great insight. Legions of scholars have filled the libraries of the world with their intellectual prowess explaining the complex issues of life. Empires dot the landscape of history as they ruled vast parcels of land through the power of might subduing any peoples that would defy them. The story of man is rich. History books gleam with the heroic tales of the incredible feats of men through the ages. With all the accolades of human wisdom there is historically a common thread that is shared by all generations: all that he accomplishes is short-lived and with all the advances in his intelligence and philosophical understanding he remains in the dark about the answers to life. No generation can explain the complexities of life through human experiment and when they attempt to seek the answers through self-will it ends in failure – always. The bleached bones of human wisdom fill the pages of history as they lay in deserts of carnal despair. Israel of old faced the dilemma of trying to serve God and live by their selfish wisdom. As the people of God they had every advantage of the heavenly hosts and yet they tried to find through idolatry the satisfaction of their flesh. The further they turned away from the Lord the deeper they fell into the despair of sin’s depravity. God had revealed himself through Moses and the prophets his great power and wisdom. No god could proclaim the wisdom of the ages as the Lord God had done from the beginning of time. Only through the power of the hand of God had Israel been delivered from Egyptian bondage. There was no god or man who could say he was the first and the last. All the words of God proclaimed since the beginning of time has come true without variation. The idols Israel trusted were mute and could never impart wisdom. What folly to fall down and worship a piece of stone or wood and call it a delivering god. There would be no comparison between the living God and the dead gods of idolatry. One gave life and the other brought death. Is there any other God but the Lord God?

Isaiah will describe the folly of idolatry when men cut down trees to use for warmth and to cook their food yet falling down to a part of the tree as a god who will deliver them. The poor, deluded fool feeds on ashes trusting in something that can’t help him at all. It never comes to the mind of the idol worshiper to admit what he holds in his hand is a lie. Why is it a lie? It is an object that has no voice, no mind, no power and dependent upon its creator for its existence. The god of the man is not the creator but the worshiper is the creator of his own god. There are many cultures in the world today that serve idols of wood and stone but there is a greater idol that men worship that is more insidious than what is commonly seen as an idol. The multi-gods of self-indulgence, materialism and fleshly pleasures are gods that are real, powerful and consuming the people of God. What makes Isaiah’s preaching so important is to remember he is writing to people who were the chosen bride of God, His beloved vineyard and the apple of his eye. Israel was a chosen nation for the glory of the Lord and because of their selfish desire to live for self, rebelled against the word of God and followed the idols of the nations around them. This is still a problem in the nation of God’s people today who are called Christians who worship the gods of carnality, pleasure and earthly gain. The church is struggling with saints who follow the gods of immodesty to dress like the world in its shameful and revealing attire. Social drinking is a god of pleasure where children of God praise the Lord with a hymnal in one hand and a cocktail in the other. Foul language comes from the lips of church members who bow their heads in prayer one moment and the next gossiping, murmuring, speaking evil of others and using the name of the Lord in vain. Work has become the most popular god that serves the lusts of the material possessions of the world so that many saints fail to assemble on the first day of the week because they are too busy bowing down to the gods of cars, homes, vacations, the latest gadgets and popular clothing.

Idolatry is vibrant in the hearts of many Christians as they serve the gods of the world failing to see what they have in their hands is a lie. When women dress in revealing attire to attract attention to their bodies they embrace the lie of youth. It passes, it fades and it brings disgrace to the glory of God. Accepting the god of alcohol and drugs is indulging in a pleasure that will bring nothing but misery and sorrow. Filling the heart with hatred, malice and envy bring forth death and decay. Working long hours to have more money and to pay bills created by credit hungry mongrels bent on having the best of the finer things of the world will only see them decay and pass away and left in the empty tombs of tomorrow. The great lie for the church today is when the god of this world has more sway over the hearts of its members than the true and living God. Is there any god that is greater than the God who sent his only beloved Son to die for humanity? Isaiah still pleads with the people of God today to open their eyes to the true God and deliverer and mighty one who knows all, establishes his will throughout all ages and is the only rock that delivers man from the putridity of his condition. Salvation is in God alone. All the trappings of the world with its gods of sensual pleasure, worldly gain and popularity will all fade in the dust of time like an idol of stone and wood. Eternity will have only one God and his name is Lord of hosts.