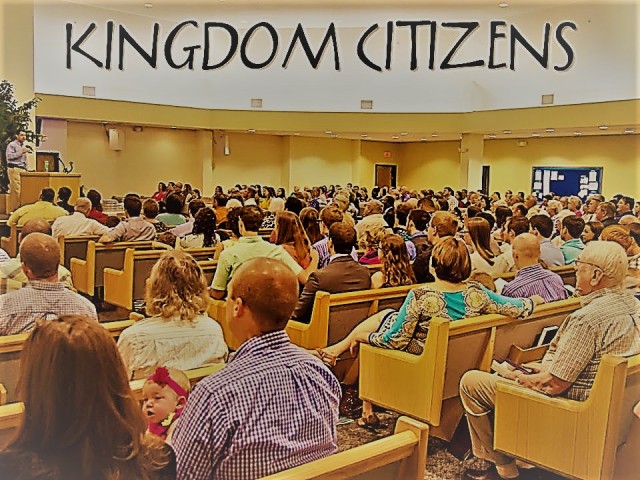 Remind them to be subject to rulers and authorities, to obey, to be ready for every good work, to speak evil of no one, to be peaceable, gentle, showing all humility to all men. (Titus 3:1-2)

The Bible is an amazing library of knowledge that finds its application in every society, generation, culture, and innovation of man. When Paul wrote to Titus encouraging him to be faithful in the work of the kingdom and to exhort the saints of God to live before all men with righteousness, he had no idea of what social media would become in the modern world. Social media has always been around but the technologies have evolved over the centuries changing the means of communications. There has never been a time in history where information is disseminated with such rapidity as the modern form of social media. It has given license to millions of voices who can at the touch of a click send their message around the globe with instantaneous results. For many disciplines, this can be a great blessing. However, it has also been the platform for voices of dissension, hatred, prejudice, and disrespect. To this point it must be added these are not the voices of the unlearned or uninformed but children of God. With the political year of 2020 coming up, the platitudes of political posturing have begun in earnest with many of the holy nation of God pushing themselves in the middle of such trite expression of failed loyalties. The Kingdom of Jesus Christ is made up of citizens of the kingdom of God who are to be loyal to one king and one king alone: Jesus, King of Kings and Lord of Lords. As citizens of the heavenly kingdom there are guidelines that faithful souls must adhere themselves as representatives of the Divine. Paul addresses these attributes in his letter to Titus that is vital for modern men to take heed and listen.

Regardless of party affiliation, the Christian is a person of integrity who is subject to the rulers and authorities without regard to who sits in the seat of governmental authority. Remember that when the early church began, men like Herod and Nero were in power and their rule was anything but democratic. Yet, in the face of such rulers, the apostles admonished the early Christians to honor the king, submit to the rule of all those in authority and to deny that rule would be denying God. Rulers and those in authority are to be obeyed by the command of the Lord with the only exception if the law prescribed violates the clear Biblical law of God. Paying exorbitant taxes on English tea does not qualify for rebellion. Using platforms like Facebook to spew anger and disrespect to rulers and those in authority is not the example of a faithful child of God. Instead the voice of the Christian should be one that seeks every good work. Paul exhorts the child of God not to slander anyone, and avoid quarreling. Instead, they should be gentle and show true humility to everyone. These rules have served well for two thousand years whether social media was animal skin or electronic media. The character of the Christian does not allow their heart to be filled with the trappings of an immoral, corrupt and angry world. As the salt of the earth and lights of Jesus Christ, the reflections of a humble spirit must be heard in the voices of those who put God first in everything. Subjection to rulers and authorities is one of the most important examples others can see.

Democracy is a wonderful form of rule for men who love freedom. It gives the citizen the privilege of expressing their views, forming opinions that can be used in making changes and affords the freedom of religious belief. While all of the tenets of democracy are appealing to the carnal side of man, the stark reality for the citizen of the kingdom of God is the only freedom found is that which is found in Christ. He is the King that must be obeyed and His will is the only voice. There is no freedom of speech in Christ or the right to live by any standard of rule. Jesus is the only way, He is the only truth, and He is the only life and everything in the life of the Christian is measured by His guidance and wisdom. There is only one way to the Father and that way is Jesus Christ. As citizens of the kingdom of God, the Christian is a slave and nothing more; at best – an unprofitable servant. By God’s grace, He affords salvation to those who will submit their will to His word. Submission to rulers and those in authority is because the Lord demands it. This is not measured whether we like the person in rule or not. Obedience is expressly demanded by the Lord to all those in places of rule. It may be a freedom of the American judicial system to speak evil of those in rule but there is no such rule in the kingdom of God. He forbids it and will judge with righteousness those who disregard His command. The finest examples of American citizens are the citizens of the kingdom who are ready for every good work, live peaceable lives, showing gentleness toward all men and are humble before all.