Posted on September 4, 2019 by heatonkent 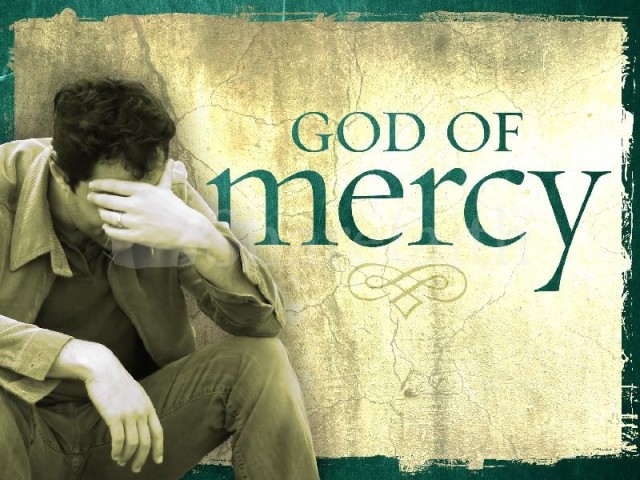 Even when they made a molded calf for themselves, and said, “This is your god that brought you up out of Egypt,” and worked great provocations, yet in Your manifold mercies You did not forsake them in the wilderness. The pillar of the cloud did not depart from them by day, to lead them on the road; nor the pillar of fire by night, to show them light, and the way they should go. You also gave Your good Spirit to instruct them, and did not withhold Your manna from their mouth, and gave them water for their thirst. Forty years You sustained them in the wilderness; they lacked nothing; their clothes did not wear out and their feet did not swell. (Nehemiah 9:18-21)

There is no greater image of the mercy and grace of God than how the Lord dealt with ancient Israel. Born from the seed of Abraham as His own special people, the Lord brought forth a powerful nation from the bondage of Egypt and set them up as the blessed among all nations on earth. He promised the Hebrews that He would save them and He did. Leading them through the Red Sea, the hand of God protected the people, fed the nation and promised them a land that flowed with milk and honey. A second time the hand of the Lord led the people across dry land as the River Jordan was forded and the conquest of Canaan began. A little over three hundred years later the people of God wanted a king and Saul, son of Kish was anointed its first ruler. David became the second king and his son Solomon took the nation to the zenith of its power and glory. Following the death of Solomon, the kingdom divided and a period of great tragedy began. It would only take two hundred years for the northern ten tribes of Israel to be destroyed by the invading army of the Assyrians. One hundred thirty-six years after the fall of Samaria, Jerusalem is destroyed and the temple of the Lord burned. According to the word of the Lord, seven decades would pass before the people return to possess the land. The first group of freed captives returns and twenty years pass when a second Temple is built. Then seventy-one years later a cup-bearer from the king of Persia comes to Jerusalem and under his leadership rebuilds the walls of the desolated city in fifty-two days. As the celebration of the building of the walls is undertaken, the children of Israel assemble on the twenty-fourth day of the month with fasting, in sackcloth, and with dust on their heads to acknowledge their sins and ask the mercy of God to forgive them. The Levites, Jeshua, Kadmiel, Bani, Hashabniah, Sherebiah, Hodijah, Shebaniah and Pethahiah cried out to the people the dirge of Israel’s rebellion and disregard for the word of God. Beginning with the acknowledgment of the Lord who created the heavens, the song of confession puts forth the constant rebellion of the people in contrast to the continuing mercy of God to forgive them. Sinai with the golden calf is remembered along with the complaints of the people for the manna the Lord gave them. They were a disobedient nation who killed the prophets, cast the law behind their backs and worked great provocations against the Lord God. The Lord punished the people for the rebellion including the captivity in Babylon. In all of this, the mercy of God was shown time and again through the prophets and because God did not utterly destroy the people allowing a remnant to return.

Mercy is an unfathomable gift when it comes from God. Men can show mercy to one another when they believe a fellow man is worthy but when it comes to understanding the mercy of God, nothing humankind has done merits the grace, love, and mercy of the Lord Almighty. The character of the human spirit is the plague of sin that rebels against the hand of a benevolent Creator who never fails His creation, provides unlimited and boundless gifts of love and doing all of this in the face of men who will despise, murmur, complain and dishonor the name of God. Pride fills the heart of human wisdom to believe the creature made a little lower than the angels is a god himself. At the height of mythology the human spirit creates gods who are temperamental, angry, and unforgiving because no man can create a character larger than himself. The Lord God Almighty who is merciful and longsuffering could not have formed in the mind of man because He is so much larger than any pebble of human wisdom could devise. Israel was the chosen apple of God’s eye and they rebelled, murmured, refused to obey and tested God at every corner and yet the Father was merciful in patience, kindness, love, and benevolence. He did not forsake them in the wilderness (although He had cause) and the pillar of the cloud did not depart from them by day because the Lord was still leading His people to the land He had promised them. The pillar of fire by night gave them security and comfort to know they were not forsaken. Everything the people needed was provided through the word of the Lord. He gave them food and water to sustain them as forty years unfolded into a new generation of people who would serve Him. They lacked nothing and were ungrateful. God’s love remained constant and His mercy unyielding.

Reading the story of Israel in the Old Testament can cause a man to wonder why the Lord endured the afflictions of a rebellious people. Some might argue God was too patient and should have tried to find other people to lead. The Holy Spirit crafted the story of the Old Testament to show to all men the nature of the nation of Israel is the nature of all men. What is found when looking into the mirror of God’s word is the story of Israel is the story of human failings and God’s mercy. Replace the blessings shown to Israel for the many years of its existence with the incredible blessings of God upon the lives of His people today and what is found is the mirrored image of all that God has done and how often the human frailty of rebellion rears its ugly head. What an honest man sees in Israel is the honest reflection of his own soul. The affliction of the soul is the constant war of righteousness against unrighteousness and how often unrighteousness wins the day. All have sinned and fallen short of the glory of God and the daily battle of sin is a real and constant threat. It is possible to bring sin under control but its impact will continue as long as there is breath in the body. What is greater than the knowledge of sin is the understanding that God will forgive time and again and show His mercy time and again and express His love without merit to a creature that does not deserve such love. No man is worthy of God’s love. There are none that do not hold guilt for the death of Jesus Christ. Every person that dwells upon the face of earth is guilty of the blood of the Son of God and yet the mercy of the Father offers pardon. When a man begins to understand the mercy of God he begins to grow in his personal faith and to see his own failings and cause for grace from a benevolent Father. God is ready to pardon, gracious and merciful, slow to anger, abundant in kindness and will never forsake the righteous. Praise God for His mercy.

1 Response to God’s Mercy On Israel