False Teachers In The Church 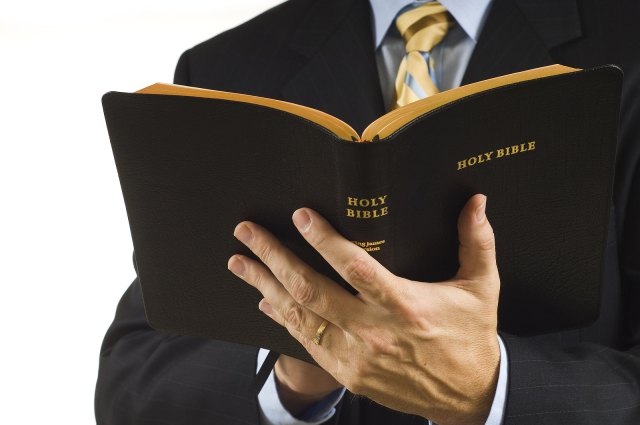 But there were also false prophets among the people, even as there will be false teachers among you, who will secretly bring in destructive heresies, even denying the Lord who bought them and bring on themselves swift destruction. And many will follow their destructive ways, because of whom the way of truth will be blasphemed. (2 Peter 2:1-2)

False Teachers In The Church

The early church faced many challenges as it came through the growing pains of infancy. In the beginning, there were many converts who were added to the church as three thousand souls initiated the first days of the kingdom. In time over five thousand people and then multitudes were added to the church. It was an incredible time of growth and like all things that grow, there would be growing pains. Slowly the forces of persecution began to affect the church and the first severe test of the church came by the hands of Saul of Tarsus. The metal of the early disciple’s character was tested and tried as the persecutions continued under the hands of the Romans. Often the problems faced by the New Testament church are viewed only from the standpoint of Saul’s persecution or the devastating impact of the Roman Empire as it tried to stamp out Christianity. In fact, one of the greatest threats to the church was not from forces outside the body of Christ but the insidious influences of false teachers that crafted a web of deception to lead the hearts of the people away from God. Paul would exhort the brethren at Corinth to beware of those who would deny the resurrection of Jesus as a failure to the whole doctrine of grace given by God. The apostle Peter is very concerned about the dangers brought from the teachings of those who would deny the Lord Jesus Christ. He writes about the false teachers that would use any means to dissuade the hearts of the disciples to follow false doctrines. This was a very real danger and the early church must be on guard for what Satan would throw against them.

Peter establishes some vital realities about truth and error. The church should never be lulled into believing that false teachers do not exist or sell their wares among the brethren. There are false prophets in the world and there are false teachers in the church. They will secretly bring in teachings that seem harmless at first but will, like leaven, grow into destructive heresies that will destroy souls. Many will follow the teachings of false doctrine because it appeals to their carnal nature and sound pleasing to what they want to hear. False teachers will use materialism as a means to attract and destroy the hearts of the faithful. The great danger of false teachers is their siren call to listen and follow doctrines that are in conflict with the word of God. It must be clear the nature of false doctrine is not an opinion or viewpoint of a person’s interpretation but a disregard for the word of God. As the father of lies, Satan will use men to accomplish his work of deceiving the hearts of those unwilling to believe in declared truth. The Holy Spirit preserved the epistle of Peter so that all men could see what impacted the church in the early days will impact the church throughout the ages. In other words, if there were false teachers in the church, in the beginning, there can be those within the ranks of God’s people that are not holding true to the word of God. This is not a license toward McCarthyism within the church where individuals actively pursue the theological beliefs of every member demanding allegiance to a certain position. The warning is a wake-up call that every saint must have the spirit of the Bereans of old that diligently sought the word of God in its context examining what the apostles were saying with what the word of God said. Fighting against error is using the word of God as the foundation of truth regardless of the opinions or teachings of men. From the old hymn of restoration heard long ago there is a need for book, chapter, and verse. Precepts are established upon precepts and lines are proven upon the lines of divine authority. When men begin to teach without the authority of scripture they slowly open the door to apostasy.

What is most disturbing about the warnings of Peter is the reality that this is not a first-century problem. Each generation lives with the cocoon of their own time without realizing that error comes in slowly and develops over generations by those who forget to establish authority with the word of God as the foundation of truth. History has shown how that many doctrines that once would have seemed impossible to find within the ranks of God’s people are now the fundamental truths of the apostate church in a world filled with many churches. In the first century, there was one church but now there are thousands. The apostles of the early church taught a plan of salvation that is denied by most believers in Jesus Christ today. Innovations fill the religious services of those who profess allegiance to Jesus like instrumental music, concert worship halls, fellowship buildings with family fun centers, acceptance of sexual freedoms as long as one loves Jesus, religion that is more a social and political in its character and the deafening sound of the devils siren is loudly heard in the absence of what the Bible teaches. Apostasy is alive and well in the generation of those who say they believe that Jesus is the Son of God. The church of Christ has never been immune from the trappings of false teachers who deny the power of the word to condemn sin, love the sinner and save the lost. Many churches are dying because they refuse to follow the New Testament pattern of authority in organization, worship, and evangelism. Preaching has been softened to a dull whisper. The Bible is seldom read or used in the discussion. Immorality fills the hearts of the adherents with immodest clothing, social drinking, denial of allegiance to the communion of Christ and generally a disinterest in spiritual matters. Members arrive to worship at 11:00 and leave at 12:00 dull, bored and indifferent.  There will be false teachers in the church and if the eyes of the saints are not opened to the word of God the church will die.