The Ease Of Apathy 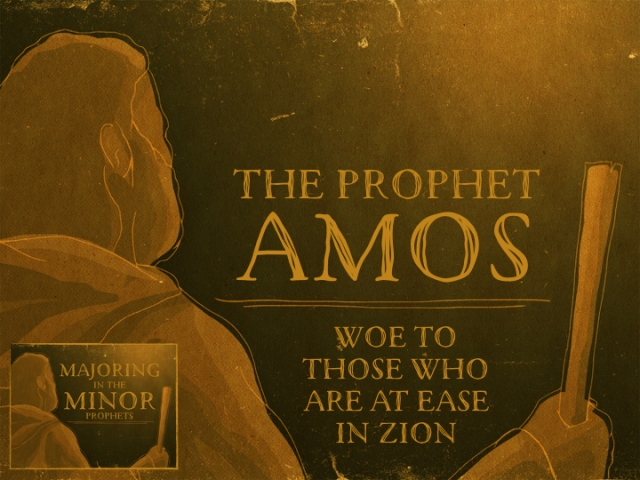 Woe to you who put far off the day of doom, who cause the seat of violence to come near; who lie on beds of ivory, stretch out on your couches, eat lambs from the flock and calves from the midst of the stall; who sing idly to the sound of stringed instruments, and invent for yourselves musical instruments like David; who drink wine from bowls, and anoint yourselves with the best ointments, but are not grieved for the affliction of Joseph. (Amos 6:3-6)

The Ease Of Apathy

When the brothers of Joseph decided to sell their brother into slavery, they began a series of events that would change world history. Hated by his brothers, Joseph was a favored son of his father, Jacob. The older brothers began to resent and hate their brother because of the favoritism shown him by their father and also the dreams Joseph told them of declaring his rule over them. On a day when Joseph was looking for his brothers, they took him and threw him into a pit. While they sat down to eat, young Joseph begged them to let him go but they would not heed him. Rueben, the oldest brother, had planned on taking Joseph back to his father but while he was gone the other brothers sold Joseph to some Midianite traders passing by. Later the brothers would remember how they saw the anguish of his soul when he pleaded with them to let him go but they would not hear. Instead, they continued to eat their meal with an uncaring heart towards their own flesh and blood. The prophet Amos would use this story to indict the people of the northern kingdom of Israel for the extravagance and heartless feelings towards their fellow man. Israel in the time of the prophet was on the brink of destruction. The reign of Jeroboam II had ushered in unprecedented prosperity to the kingdom of Israel. It had also brought in social corruption, religious apostasy and luxurious living fueling apathy towards the spiritual condition of the nation and present need of repentance. The people of Zion were at ease and those who worshiped in Samaria trusted in the pagan idols. There was little or no concern for the religious fervor of serving the one true God. Life was filled with too much luxury and debauchery. While the prophets proclaimed the coming of the day of the Lord the ears of the people heard only the music of frivolity and entertainment. No one listened to those who preached judgment. Life was filled with too much raucous enjoyment to be bothered by the boring messages of the prophets of doom. Life was good and the good life was all there was.

Prosperity had brought the northern kingdom a period of wealth and abundance. The finest of life filled the hearts of the people. They lived in fine houses, drove nice cars and dressed in the finest of clothing. If there was a gadget to be had, it was theirs for the taking. Entertainment filled the screens of televisions, computers, cell-phones and electronic devices in every room and automobile. Weekends were filled with the frivolity of recreation and nights measured by the parties and love feasts of carnality. Food was abundant and wasted. Wine filled the bowls in oceans of pleasures as the aroma of sensuality filled the room. Life was exciting and unrestrained. Sadly, the description of the prophet Amos was not one of the nonbelievers in Jehovah God but what the prophet wrote about were the hearts of God’s people. It would not seem strange for pagans to live in such unrestrained measures but when the chosen nation of the righteous fills their hearts with the fleshly carnality of the world with little or no concern for the downtrodden, sinful person who needs the grace of God; judgment is coming. Amos was clear in his message. A plumb line was coming and the measure of God’s wrath will set aright the unmeasured rebellion of the people of Israel. The beds of ivory were taken away and there would be no lambs from the flock to enjoy as the Assyrians came down upon Israel with an unforgiving fury. There would be no music. Only the sounds of chains as the people are led away never to return. The affliction of Joseph was ignored by the people like the cries of their brother were ignored as they sat and ate.

The church of Christ is fighting against the prosperity of a country that has made the people of God a soft, unconcerned, disinterested and disassociated group who are more concerned with beds of ivory, lambs from flocks, sounds of music and wine from bowls than lost souls and unrepentant hearts. Churches are dying from the ease of apathy. The gospel is measured down so as not to offend. Judgment is frowned upon. Sin is softened or ignored. Apathy has filled the hearts with an hour of dull worship with as little time spent together so that the people can return to their hectic lives of luxury that brings them greater pleasure than the rewards of heaven. It is difficult for many in America to think heaven can be better than what they have now. Who would want to leave this world for something that could not be possibly better than the pursuit of happiness here? We have it all now so why worry about the lost, the needy, the disenfranchised, the lowly and the humble? Eat, drink and be merry and get through with church quickly so we can rush out during the invitation song to what we really enjoy. There is no time to assemble again or fellowship with brethren when schedules are filled with ball games, boat trips, golf games, travel and the joy of sitting in front of a glowing electronic box that excites and appeals and amazes our senses with so much entertainment. And there is no grief for the affliction of those who are crying out to be saved. Therefore thus will I do to you, O church; because I will do this to you, prepare to meet your God, O church! For behold, He who forms mountains, and creates the wind, who declares to man what his thought is, and makes the morning darkness, who treads the high places of the earth — the Lord God of hosts is His name.