Slaughter Them Before Me 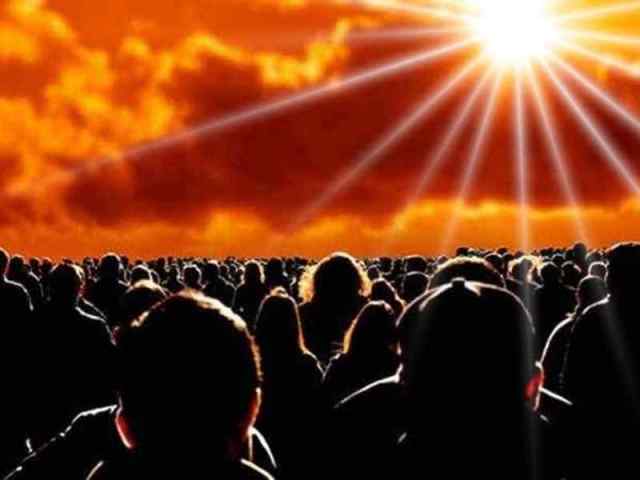 But as for these enemies of mine, who did not want me to reign over them, bring them here and slaughter them before me. (Luke 19:27)

Slaughter Them Before Me

The parables of Jesus were simple stories to drive home the point of an eternal truth offered for man to learn the will of the Father. They were direct in their nature and for the interested student conclusive in the lessons taught. There would be no room for doubt as to the meaning of the parable and Jesus used these storytelling events to impress upon His hearers the character of truth, righteousness and eternal judgment of God upon those who disobeyed Him. The parable of the talents and the parable of the minas are very similar with similar lessons for the Jews of Jesus day and for all men throughout the ages. In the parable of the minas, the concluding scene is very direct in its message of the wrath of God. Ten servants had received from their lord an equal amount with equal responsibility to do business until he returned. When the day of accounting came one of the servants came and because of fear he had not done anything with what was entrusted to him. The servant was fearful of his master because he knew what a severe lord he was. This did not excuse the man from receiving a harsh judgment from the Lord and was condemned for his lack of faith. At the end of the parable, the Lord calls together those who had early refused to serve under his lordship. When the nobleman went off into a far country the citizens hated him and sent a delegation after him saying they would not have him reign over them. Their rebellion was clear. When the Lord returned, judgment came against the rebellious citizens when the Lord called for them to be brought before Him and slain in His presence. The word suggests a slaughter because they refused to subject themselves to the will of the Lord.

Jesus taught many lessons to the Jewish people concerning events that would take place shortly in their own history. He knew of the coming Roman persecution against Jerusalem that would find fulfillment in A.D. 70 and the destruction of God’s city. The Lord also knew His own people would reject Him as Christ and suffer Him to be killed on a cross. They would bear the blood of rejecting Him as responsible for killing the Chosen One of God which Peter plainly preached on the Day of Pentecost. The parable of the minas was a lesson on how the people would refuse the rule of Christ and find judgment by the hand of the Romans but also by the hand of God in the eternal judgment. Beyond the scope of the judgment against the Jews, the parable of the minas teaches the reality of God’s wrath upon those who refuse to submit themselves to His will. There are many who will not obey the word of God and like the citizens of the parable saying, “We will not have this man rule over us.” Jesus tells the story of the judgment of God where all men will be gathered before Him and like the nobleman demand justice against those who did not want Him to reign over them. In the final day of reckoning, the fierce wrath of the Lord will be meted out upon those who reject the blood of Christ. The reality of the lake of fire and brimstone is the eternal slaughter of souls that will never perish. Jesus taught the wrath of God. He did not check His words to soften the message of those who would refuse to submit to His Father. The Son of God is very clear in the reality of a place of punishment. Refusing to believe in a place like Hell is refusing to believe that Jesus is the Son of God.

It is easy for the theology of man to refuse to teach or preach the eternal consequences of rejecting the authority of God. For most men the idea of a loving God that would punish anyone in eternal fire is unacceptable. They must reason how Jesus could use language found in the parable of the minas. The destruction of Jerusalem was a terrible slaughter of the Jews by the hand of the Romans. Jesus warned the nation years before the event and clearly illustrated how severe the judgment would be. If Jesus was correct about the terrible nature of the destruction of Jerusalem why would anyone think the eternal judgment would be anything less; if not more severe because it never ends? The nobleman in the parable demanded all those who did not want Him to reign over them to be brought and slaughtered before him. God is that nobleman and all those who refuse to submit to the will of the Father will be cast into an eternal fire where there are weeping and gnashing of teeth and total darkness. The cost of salvation was the life of the Son of God which measures the severity of the punishment against those who refuse to accept the gift of God in Christ. Not everyone who calls on the Lord will be saved but only those who do the will of the Father. Refusing to submit to God will bring about a great slaughter.