He Loves To Be In Charge 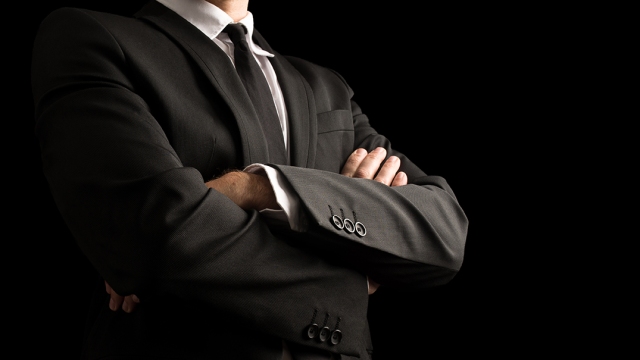 I wrote to the church, but Diotrephes, who loves to have the preeminence among them, does not receive us. Therefore, if I come, I will call to mind his deeds which he does, prating against us with malicious words. And not content with that, he himself does not receive the brethren, and forbids those who wish to, putting them out of the church. Beloved, do not imitate what is evil, but what is good. He who does good is of God, but he who does evil has not seen God. Demetrius has a good testimony from all, and from the truth itself. And we also bear witness, and you know that our testimony is true. (3 John 9-12)

He Loves To Be In Charge

Before Jesus ascended back to His Father following the resurrection, He told His disciples that all authority had been given to Him in heaven and in earth. Not many years later there were men within the church who decided they had all authority and began exercising their preeminence among the brethren. It does not take long for Satan to get into the hearts of prideful man and exalt his feeling of self-worth to where he believes he is the most important person in the world. The apostle John remorsefully writes of one such man named Diotrephes who placed himself above Jesus Christ and exercised a spirit of self-will upon the brethren. Diotrephes will become synonymous with prideful arrogance who believes everything must revolve around their desires, wishes and wisdom because they will have the last word. In the world of the narcissist it must be all about them and their way. John was dealing with a grievous problem in the church when he wrote his third epistle warning of the dangers of men like Diotrephes. They exalt themselves above others. In the case of Diotrephes he even refused to receive the apostle John as if he had the authority to determine who should be accepted and who should not. This was a man who demanded his will be first place. He loved to be at the head of all things, to rule, to lord it over others. If anyone disagrees with Diotrephes they would be severely reprimanded by him. A spirit of oppression lived among the church as Diotrephes spread his venom of self-will over the brethren.

There is nothing known of Diotrephes outside of 3 John. His preeminent spirit could be because he was a wealthy man. There are some men corrupted with the gleam of wealth that makes them feel superior to others. In the church these men exercise complete control because they are powerful men of finance in the world bringing their self-willed spirit of the Board room to the affairs of the church. What they forget is the only CEO of the kingdom of God is Jesus Christ and no man has the right to exercise their will as a dominate force among brethren. God designed the church to be filled with spiritual minded people who esteem others better than themselves regardless of wealth, power and prestige. Jesus left a pattern of leadership by showing the heart of a servant. Men like Diotrephes do not serve but demand to be served. Diotrephes could have been an intellectual of his day and used his vast knowledge to exercise dominion over the church. Or Diotrephes could have been just a regular bully who forced his way into the affairs of the church demanding everyone following his authority or else. Whatever the case this was a man who had caused a great deal of harm within the church and the apostle John was going to deal with him face to face. This was not a man that brethren should follow as an example.

John exhorts the brethren not to follow the example of men like Diotrephes but to look to men like Demetrius who served the Lord in humility. Demetrius had a good testimony among all and from the truth itself.  Here was a man who cared about others. His heart was not filled with the arrogance of preeminence but the character of Jesus Christ. He left a pattern of godliness that others should follow. Demetrius honored Christ by remembering all authority belonged to the Son of God and that as a servant of the King Demetrius would serve others with a humble heart. He stood in complete contrast to a man like Diotrephes. On the one hand a man of prideful ambition ruled the church with an iron fist and yet on the other hand a man who served in a spirit of meekness with hands opened in love. The church is still plagued with men who think they must have the preeminent role in the affairs of the kingdom. Jesus still has all authority and no man will ever change that; just delude himself into thinking he can have the preeminence. Servants are to fill the church of the Lord in a spirit of love, humility, meekness and fear. Preachers are servants. Elders are shepherds that humbly serve the Great Shepherd. Every member is essential and vital to the growth of the church. No one is more important than another because all are saved by the same blood. The angels must laugh when a man exalts himself. Serve the cause of Jesus Christ. He is the only Head and Savior of the Body.