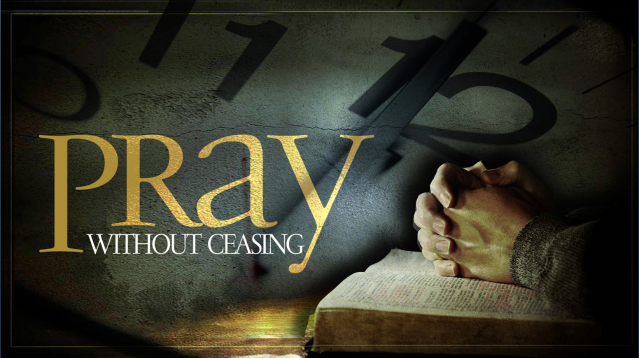 And He said to them, “Which of you shall have a friend, and go to him at midnight and say to him, ‘Friend, lend me three loaves; for a friend of mine has come to me on his journey, and I have nothing to set before him’; and he will answer from within and say, ‘Do not trouble me; the door is now shut, and my children are with me in bed; I cannot rise and give to you’? I say to you, though he will not rise and give to him because he is his friend, yet because of his persistence he will rise and give him as many as he needs. “So I say to you, ask, and it will be given to you; seek, and you will find; knock, and it will be opened to you. For everyone who asks receives, and he who seeks finds, and to him who knocks it will be opened. If a son asks for bread from any father among you, will he give him a stone? Or if he asks for a fish, will he give him a serpent instead of a fish? Or if he asks for an egg, will he offer him a scorpion? If you then, being evil, know how to give good gifts to your children, how much more will your heavenly Father give the Holy Spirit to those who ask Him!” (Luke 11:5-13)

Jesus was not only the master teacher but He was also the powerful example of prayer life. He spent a lot of time in prayer and spent a lot of time praying. It was a vital part of the Lord’s life to spend time talking to His Father. After one occasion of praying His disciples asked Him to teach them to pray. Giving them a model for prayer, Jesus teaches them that prayer is not a vending machine where a quarter is deposited and some product comes immediately out to satisfy the whims of the soul. Prayer can only be as powerful as the persistent spirit of the one seeking the blessing of God. The parable of the friend at midnight is a vivid example of how prayer often must be accompanied by the persistent petitions of the disciple. Midnight was not a safe time to be out and in most cases was a very inopportune time to be asking for favors from a friend. After the shadows of night fell upon the home, most families prepared to lock doors and windows and settle in for a nights rest. Callers at midnight would raise an alarm and be most inconsiderate of those who would call upon them. The friend coming at midnight would have been in dire straits to call upon a neighbor to assist him at that hour. Urgent in his plea was the need for three loaves of bread to care for his hosts. At first the man approached would have been upset to be risen out of bed and awakening the whole family. The doors were shut and the children were asleep. Proper consideration would not have expected the man to disturb his family at this hour. The relevance of the story is based upon the continual resolve of the man in need to beg the man for three loaves of bread. Following the persistence of the man asking for bread the man of the house would rise and give him all the bread he needs to be rid of him and return to his sleep. In telling parables Jesus uses real life stories to illustrate sometimes multiple points and sometimes just a single thought. It should not be considered that God is unloving in giving His blessings as the man would have been frustrated at the continual begging of the man for bread. The Father is more than willing and able to give what His children need. Jesus points out that praying to the Father is not a magical formula of repeated words but a heart that is fully devoted to seeking the favor of the Lord in persistence, tenacity, diligence, resolve and determination of answered prayer. The ears of the Lord are always open to the pleas of His children and the Father will always bless those hearts that are seeking Him fully with love.

Prayer is seeking the promises of God. It requires patience to pray. Learning how to pray and how often to pray is the foundation of seeing how prayers are answered. How prayers are answered and in what form resides in the mind of God but He wants His children to seek Him often and sometimes seek His favor in a persistent and constant manner. Answered prayers come from asking the Lord for blessings, seeking the will of the Lord in the heart and knocking on the door of His love to receive answers to prayer. There are some prayers that require a lot of time, effort and energy to receive a blessing. Too often prayer is viewed in the sense that asking demands an immediate response to the level of the one seeking the blessing. God answers our prayers according to His wisdom; not ours. What we want most of the time is not what we need. The Father knows what we need more than we and when we pray to Him He grants what we need according to His wisdom alone. Often that comes in conflict with what I want and that is why prayer sometimes is misunderstood. When I ask the Lord for a blessing He will grant that blessing – in His way. The Lord will never give us something we do not need. If a child asks his father for bread would the father give him a stone? Of course not. That would be a cruel thing to do. Why would we think that any prayer God answers from me would be bad for me? Prayer is asking the Father for the greatest blessing man can know and whatever the Father gives is the greatest blessing I can receive. God is always right – about everything. If the Lord answers prayer by not granting what I want then it is what I need. Jesus begged His Father to remove His cup of suffering and the answer was a cross. Thank God for that answer. The death of Jesus was the answer of the Father to His Son. What love is shown in the answered prayer of Jesus as the Father watched His Son die.

Prayer can only be as powerful as the persistence of the person who believes in the will of the Father to grant all good things to His children. Everything God gives us is for our betterment and glory. If our earthly fathers give us good things to please us and take care of us; how much more the heavenly Father will give us all things that pertain to life and godliness. Prayer is not demanding things of God. We cannot come to His throne and tell the Lord God Almighty what we want and how our prayers must be heard and answered. Whether God says yes or no or maybe or there is a different way or whatever the answer will be there is nothing that is found in answered prayer that will wrong if it is His will. Every prayer that is answered is the right answer. Keep knocking on the door and asking for bread. Persistent prayer is powerful prayer. Keep on praying. Never stop asking: it pleases the Father to hear your voice.