Understanding The Nature Of God 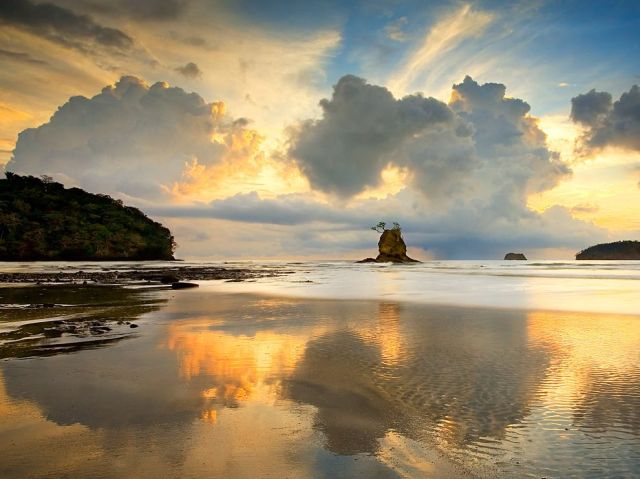 The Lord is not slack concerning His promise, as some count slackness, but is longsuffering toward us, not willing that any should perish but that all should come to repentance. (2 Peter 3:9)

Understanding The Nature Of God

Trying to understand the character of the Lord has challenged the mind of man to disregard important parts of who God is, what He is and why He does what He does. Satan has tried to craft the image of God into something opposite from the reality of the true nature of God. When the devil tempted Eve the first thing he did was to question the word of God. He tried to make God an unfair Creator and lessen the glory of the Lord in the eyes of man. Eve was deceived by the smooth words of Satan and took of the forbidden fruit. That deception continues today when God is viewed only as a loving and compassionate God who would never harm a soul. The other trickery put forth by the devil is to make the Lord God a cruel and hateful God that is the cause for all the evil in the world. In either case, man is deceived into believing a God that is not according to truth. Peter defines the character of the Lord in three simple yet powerful points of argument: (1) God never lies; (2) God is full of love; (3) God punishes those who disregard Him.

If there is one single trait of the Lord God that man has always seen it has to be that God never lies. The Lord is not slack concerning His promises in two ways. First, all the blessings promised by God are given to those who obey Him. The Lord is also true to His word to punish those who disobey Him. In the Garden of Eden God provided every need for Adam and Eve and kept His promise to bless them without measure. Satan knew to attack the creation of God he had to dissuade the mind of Eve to accept that God was unfair and would not keep His word. The devil convinced Eve that God had lied about what He would do or provide. She believed the lie of Satan and disobeyed God. Because of their rebellion, the Lord kept His promise and expelled the man and woman from the garden with severe punishment. Adam and Eve were the first ones to learn that God means what He says. In the days of Noah the Lord was not slack concerning His promises. Man disregarded His law and became futile in their minds and God destroyed every living being that had breath save eight souls. His word was found to be true in saving Noah and his family. His promise was not slack. Throughout the history of Israel the Lord showed His mercy and His wrath. Everything God promised came true; whether blessings or punishment. The Lord is not slack concerning His promises.

Second, God is full of love. He is not just love but He is full of compassion for the plight of man. His longsuffering spirit is one of timeless wonder to consider all that man has done – including killing His only begotten Son – the Lord God allows the earth to stand. Two thousand years have passed since Jesus was murdered and the world stands in stark contrast to the love of God – yet the longsuffering of the Lord continues to allow the world to exist. There is a lot of evil in the world. The spirit of God continues to watch as men grow evil and reject the love of God. He does not want anyone to perish and did not prepare Hell for anyone but Satan and his minions. The Lord is so full of love He gave His Son to die for miserable man. No greater joy fills the heart of God than to see sinful man redeemed by the blood of His Son. God’s love is full of mercy and grace to purchase the soul of man from the stench of sin. He has no desire to punish man but He will because of His righteousness.

The third and final character of God is to know that He will punish those who disobey Him. God never lies and He is full of love but the day of His longsuffering will come to an end; and while He has no desire for anyone to perish – if a man does not repent he will be punished by the wrath of God. The Lord wants all men to come to repentance suggesting that if a man does not change his way there will only be the wrath of God. If God is an all loving God that would not punish man why does He require repentance? The nature of repentance demands that one believe God never lies and God is full of love. This love is measured by the righteousness of the Lord who demands obedience and without this obedience there will be no blessings. The nature of God has always offered life or death. Repentance requires man to change his will of disobedience to the will of God. There will be eternal consequence if man refuses.

God is revealed as a Lord of great promise who cannot lie. He is full of love unbounded by the limitations of man’s wisdom. The Lord is full of righteousness to reveal His wrath on those who disregard Him. To know God in truth is to see Him for all He is. The Bible reveals everything man needs to see the true character of the Creator and Savior of all men. Do not listen to the siren call of Satan who seeks to destroy all men. He never speaks the truth and is full of hatred. His will is to destroy man. Hell is where he belongs and by God’s grace will be cast there in judgment. Do not follow his evil word. See the Lord God for who He is: full of mercy, love and longsuffering.