Collecting Dust On A Shelf 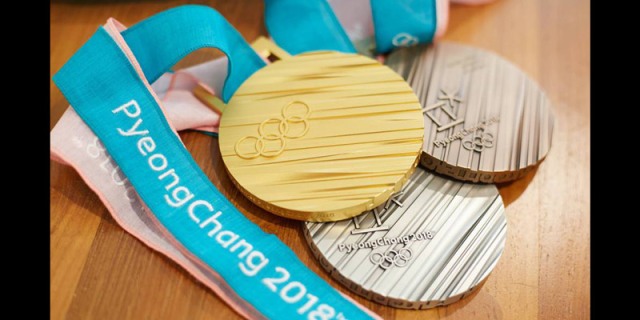 Do you not know that those who run in a race all run, but one receives the prize? Run in such a way that you may obtain it. And everyone who competes for the prize is temperate in all things. Now they do it to obtain a perishable crown, but we for an imperishable crown. (1 Corinthians 9:24-25)

Collecting Dust On A Shelf

The Olympics represent the pinnacle of an athletes dream to compete and win gold, silver or bronze in their chosen field of expertise. This requires many, many years of sacrifice, devotion and constant practice to hone skills to perfection on a level beyond their competitors. Few make the Olympic team and fewer still achieve the platforms of victory. For those who win their medals it is the zenith of their lives to bask in the glow of a momentary glory as heroes of their countrymen. Returning to their homeland a great excitement of recognition will surround them as lifelong dreams are realized. The gold medals will be displayed with pride along with the silver and bronze medals to the excitement of all who see them. And then something happens that has been repeated in every generation since the beginning of time. The curtain falls and the memories of Olympic victories fade to black on the screen of time and few take notice of the achievements as life returns to normal. Names are forgotten, achievements inscribed in books seldom read and medals collect dust or lost through carelessness. The moment of personal victory is nothing more than a perishable memory lost on the sands of time.

Life is filled with moments of personal achievements that set records, change lives and leave lasting marks of accomplishments but to no avail in the larger picture of what is really important. Men will spend a lifetime to obtain a gold medal that will hang on a wall until taken down by another generation and forgotten. The challenge of life has always been to realize the victories of this life fade into dust. Trophies collect dust on shelves that once were held in great honor. Medals, banners, awards and achievements are all forgotten. Monuments are raised to honor the heroes of the days until they crumble into dust. The great equalizer of all men is the hand of death that shows the nature of obtaining the greatest victories in this world are worthless. No man escapes the grave and time is the master of fate. When a man spends his whole life to obtain a gold medal he gains nothing more than a piece of metal that perishes. What he fails to realize is he possesses something that is imperishable and of greater value.

God created man in His own image. Man is an eternal creature designed to glorify the Father and to live without end. Everything the Lord created in the beginning will perish in time – including time. Death strips man of his earthly glory leaving everything behind. What remains is the true nature of God’s creation and that is an eternal existence. Paul reminds the disciples that athletes compete in games to receive a crown that fades in time. The champions of the Corinthian games received a wreath made from olive trees or pine that would soon fade away. This was to show the victor what they won today would soon lose its beauty and fade. It was of little value in time. Seeking the imperishable crown of eternal glory would never fade. Eternal life is the joy of those who seek something that will never perish. Death will take away the glories of life but awaken the joys of eternity. Life comes to an end. Eternity never ends. The roar of the crowds for the Olympic champions will fade into distant memories. Hearing the praises of God throughout the eternal ages will never end. All of the victories of earth will be destroyed; the joy of Heaven eternal.

Men will exhaust themselves seeking after the joys of a world that is fading away. The crown of worldly riches is the life goal of many. Having the best things of life, enjoying the pleasures of the flesh, drinking deep from the well of knowledge and spending every moment of life to gain more and more consumes the hearts of those who fail to see how worthless earthly gain will be. Like the faded garlands of yesterday that crumble in time, nothing remains. Life is short and all men will stand before the Lord God. There will be no Olympic medals, first place trophies or great riches when man stands bare before his Creator. All he will have is what he had in the beginning – his eternal life. He came into the world with nothing and he leaves with nothing. God breathed into man an eternal soul and that is all he will have in death. What has a man profited if he gained the whole world and lost his soul? He gained an empty crown. Real happiness will be found in the eternal life promised in Jesus Christ and Him alone. The crown of life will never perish, fade away or be removed. Strive for this crown and you will receive the greatest reward of all.