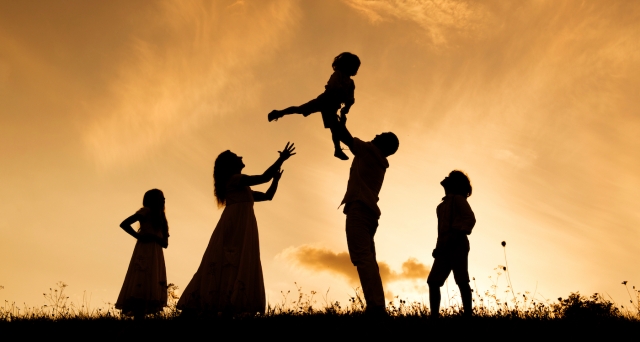 Paul, an apostle of Jesus Christ by the will of God, To the saints who are in Ephesus, and faithful in Christ Jesus: Grace to you and peace from God our Father and the Lord Jesus Christ. (Ephesians 1:1-2)

Writing from a Roman prison, the apostle Paul exhorted the saints to whom he wrote to enjoy the manifold blessings of the Father through Jesus Christ and the spiritual blessings afforded by the grace of God. The letter called the Ephesians is a wonderful declaration of the eternal plan of God to redeem man through the sacrifice of His Son. Found in the covenant of Christ is the mercy of a loving Father allowing men to come before Him and receive forgiveness of sins, according to the riches of His grace. The letter of Ephesians is a powerful demonstration of the nature of the church, the body of Christ.

As Paul unfolds the mystery of the gospel, he includes a very important part of the plan of God in the unity of the one body. A new man emerges from the ashes of carnality putting off the old man of a corrupt mind and becoming the image of a new man created according to God, in true righteousness and holiness. The church is vital in its part to proclaim the gospel, establish true worship and carry out the mission of the Lord. One of the most important features of the one body is the nature of the family. The new man walks in unity and in love and as children of light those in the body of Christ walk in a pattern of wisdom. All of this is seen in the relationship of the Ephesian family that describes the actions of the wives, husbands, children and fathers. The one faith Paul speaks about in his letter is evident through the lives of the individual saints that present themselves as proper examples of godly women submitting themselves to their own husbands, as to the Lord. Men rise up to meet the challenge of being the spiritual leaders of the family as the head of the wife using Christ as their example and guide. Like the relationship of Christ to the church, husbands love their wives and nurture them. The Ephesian family is built upon the spiritual foundation of a man and woman following the diving pattern of headship and submission.

The Ephesian family is made up of children who obey their parents in the Lord, because that is the right thing to do in the eyes of God. They give honor to their parents through the godly example they see in the father and mother who set a pattern of truth before them as husbands and wives. Again, the spiritual leadership of the family is rooted in the work of the father who is leading his family in the training and admonition of the Lord. Fathers are not provoking their children to disobey the Lord. They are encouraging them to serve the Lord with all their heart, soul and mind. The Ephesian family is established by putting on the whole armor of God and allowing the power of God to fill the lives of husband, wife and children.

Reading the epistle of Ephesians is a complete message of how the family of God should be the family among men. The psalmist reminds us that unless the home is crafted by the hand of God, they labor in vain who build it. There is no greater need in the world today for men and women to take their place in the home as designed by the Lord in showing the powerful message of the mystery of Christ to a lost and dying world. The home should be the beginning beacon of truth, holiness and righteousness. Women should submit to their husbands as the Lord has commanded. Men should take the role of spiritual leader of their home serious not only as the spiritual leader of the woman but the spiritual guide of the home in teaching the children. Young men and young women should respect the role of the parents in the training they give according to the word of God. The model of the Ephesian home should be the model of my home.