Bring Your Children To Jesus 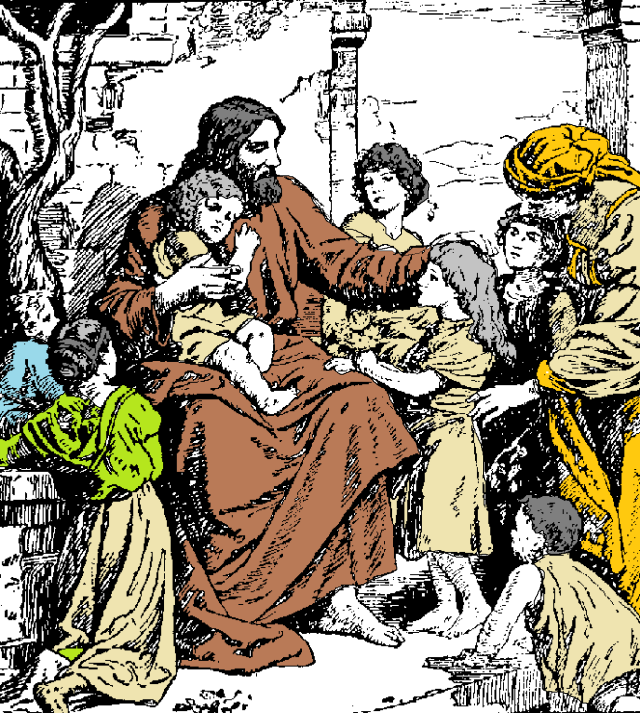 Then they brought little children to Him, that He might touch them; but the disciples rebuked those who brought them. But when Jesus saw it, He was greatly displeased and said to them, “Let the little children come to Me, and do not forbid them; for of such is the kingdom of God. Assuredly, I say to you, whoever does not receive the kingdom of God as a little child will by no means enter it.” And He took them up in His arms, laid His hands on them, and blessed them. (Mark 10:13-16)

Bring Your Children To Jesus

The Lord was a very busy man. His schedule was exhausting; His work intense and between His teaching, healing, exhorting and traveling it is difficult to see where the Son of God had time to lay His head. In all of this hectic day to day schedule it is overwhelming to see that He had time for children. The disciples did not think He should be bothered. Parents brought their children to Jesus to be blessed by Him and the disciples considered this as frivolous for such a man as their Master. Imagine the scene of these children being led to Jesus and people rebuking their parents for wasting the Lord’s time. How disheartening that would have been to a mother and father who only sought the blessing of this kind man who blessed everyone. The disciples did not think children were important enough to bother Jesus. They had it in their minds what Jesus would do and what He needed and they took charge of the problem. “Go home and do not bother the Lord,” they may have said. Jesus would not have it. Instead He rebuked His own disciples and was greatly displeased with them. The text suggests that Jesus was moved with indignation or became angry with His disciples.

Jesus is God, creator of the world and savior of men – and He wants to spend time with children. Little children are brought to Him and He takes them in His arms (can you see that) and He blesses each and every one of them. He laid His hands on them. The hearts of the mothers and fathers must have been bursting at the seams. Jesus uses the moment to remind His misguided disciples that children represent the character of the kingdom. They are humble, kind and full of love. Such are those who will be in the kingdom of God. It was a power point moment of instruction for those who did not see the value of children being blessed by the Lord. The parents were thrilled because He took time for them. Another lesson Jesus taught that day was to remind parents how important it is to bring children to God. Casting aside the rebukes of the disciples, the children were blessed when Jesus took them in His arms.

We teach our children what is important. The Bible classes are a wonderful addition to help a child learn about the Bible. Gathering with the saints on the first day of the week is not an option but a command. Parents who seldom attend worship services are teaching their children God is not important and they will grow up without God and die without God. This is only systemic of what happens in the home: there is no teaching of God in the home. It must be remembered that Bible classes are an addition to a child’s spiritual growth, not the totality. Children learn to love the Lord when they see that and hear that in the home the other six days of the week. Sending a child to Bible class alone will not teach them to love God. Why would a parent refuse to bring their child to Christ? They do not teach them in the home, they do not bring them to Bible class and they attend services so little the children are bored to tears with God.