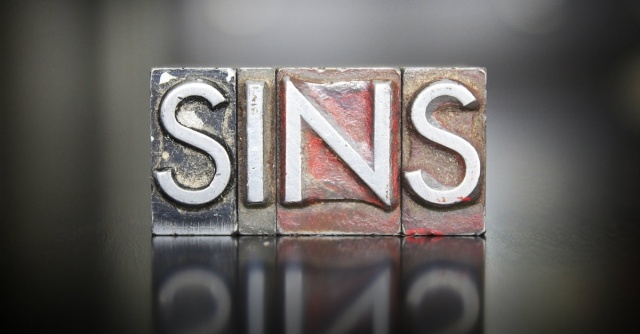 For such a High Priest was fitting for us, who is holy, harmless, undefiled, separate from sinners, and has become higher than the heavens; who does not need daily, as those high priests, to offer up sacrifices, first for His own sins and then for the people’s, for this He did once for all when He offered up Himself. For the law appoints as high priests men who have weakness, but the word of the oath, which came after the law, appoints the Son who has been perfected forever. (Hebrews 7:26-28)

Under the Law of Moses, a special priesthood was established to carry out the sacrifices for the people. The brother of Moses, Aaron, would become the first High Priest and through his lineage a continual generation of priests would serve before the Lord. The High Priest would change numerous times throughout the history of the Law. When Aaron died, his son Eleazar took his place. So began the long line of priests that would serve the people and the Lord in the Tabernacle and Temple. When these men came to offer sacrifices for the people they would make atonement for their own sins first. Once a year the High Priest would enter the Holy of Holies to redeem the people but again would have to offer sacrifice for himself first before standing before God. All the priests were sinful men requiring a blood sacrifice for their own redemption. Jesus became the ultimate High Priest because He lived for three decades as a man and was without sin. He became the sacrifice for the sins of all men in His death.

Jesus was holy, harmless, undefiled and separate from sinners. His priesthood is established upon the purity of a sinless life. The priests of the Law offered sacrifices every day for their sins but Jesus never transgressed the law of God. All of the men who served as High Priests and priest were weak in the flesh because of sin. Jesus was perfected forever as a lamb led to the slaughter yet without sin. His holiness was the perfection of His Father. He was without guile, innocent from the stain of sin. Throughout the short life of the Son of God, He was unstained by the mark of sin. Satan tried repeatedly to destroy the life of Jesus tempting Him in every way possible. He failed. Jesus was victorious. Satan succeeded in killing the Son of God but the Father raised His Son from the dead to give final victory over sin.

There is no greater priesthood than that which comes from the sacrifice of Jesus Christ. He is exalted above all men and unlike all men because He is without sin. The power of His life is that it would be remarkable if someone lived a full life and committed only a handful of sins. What separates all men from Jesus is that one sin condemns them and Jesus never committed one sin – not one. We are all weak but He is not. Our lives are filled with the pain of rebelling against the love of God. Jesus became the love of God in living more than thirty years without sin. His priesthood is so great no man can ever achieve a greater priesthood. No man who stands upon the earth will claim a right to exalt themselves above Christ. All men will stand before the great High Priest one day and be accountable for every sin. Our judge had no sin when He was on the earth. The truth is that one sin made us sinners. One sin and we were done. Jesus is fitting for us because He is without sin. Thank you Lord for your love and your sacrifice.