What Great Things Jesus Had Done 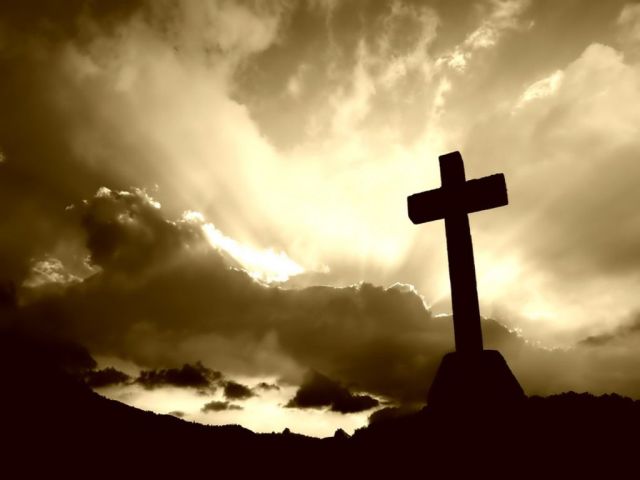 Now the man from whom the demons had departed begged Him that he might be with Him. But Jesus sent him away, saying, “Return to your own house, and tell what great things God has done for you.” And he went his way and proclaimed throughout the whole city what great things Jesus had done for him. (Luke 8:38-39)

What Great Things Jesus Had Done

There are men who live in desperate straits with lives of sadness, troubles and challenges beyond the pale of understanding. Their lot in life is burdened with suffering and little hope of reprieve. Such was the case of a man from Gadarene opposite Galilee. When Jesus arrived on the shore, a certain man had been tormented by demons for a long time. As a raging mad man, he possessed no home and no friends because of the terrible plague of demons that controlled his life. Naked, fearful and unable to be constrained, the man roamed the wilderness seeking relief and finding none. His cries pierced the night as people huddled in fear of him. He cut himself with stones but to no avail of relieving his inner pain. His life was dispossessed of peace and he knew no happiness. And then Jesus came to his shore.

Many demons possessed the man of Gadarene. Jesus asked the name of the demon and he replied, “Legion.” In a stroke of mercy and love, the Son of God cast the demons from the Gadarene man relieving him of his incredible pain suffered for so long. There was an immediate relief, a release and calm the man had not known. In a single moment, the eyes of the Gadarene man became clear and his body relaxed. It was a feeling the man had not known since before he could recall. What a joy. His mind immediately settled into a clear picture of life. Clothes were given to him and he wrapped the garments around his tattered body feeling the warmth of a forgotten embrace. He gazed out on the countryside and the beautiful Sea of Galilee with the sun glimmering upon its waves. The wind soothed his rugged face. Birds were heard in the distance and he could discern the voices of people all around him. Peace. He had not known peace in so long. Now he sat clothed in his right mind and he drank deeply of something everyone around him took for granted.

The man from Gadarene saw the townsfolk implore Jesus to leave their shores. They were afraid of what they had witnessed but the man was not afraid. In an irony of conflicts, he had been the one fearful before Jesus came but now the people were afraid and he was not. He knew what Jesus had done for him. Like so many before him, his only desire was to stay close to this man and serve Him for the blessing He gave him in casting out the demons. Jesus had other plans for the man. He forbade him to follow Him but rather exhorted him to return to his own home and tell everyone what had happened that day. Filled with joy, the man eagerly took on his work and went telling everyone the great things Jesus had done. It had to be an incredible day when the crazy man returned home in a sound mind to tell everyone what had happened to him. The Holy Spirit does not reveal the fruits of this man’s labor but it would be safe to assume there were many who came to know Jesus because of what happened that day near the shore of Galilee. The man from Gadarene never stopped telling people about Jesus.

Demon possession was a horrible malady during the days of Jesus and the early disciples. When the gifts of the Holy Spirit ceased so did demon possession. No one is possessed like the man of Gadarene. Sadly, men have been possessed with something far greater and that is the stain of sin. Jesus is the only One who can take away sin and no matter how terrible the sin and deep the perversion of sin, God will wash away all sins when men repent and obey Him. Consider the plight of the demon possessed man and what joy he felt when he was healed. Why do we not feel the same compulsion to tell people about how God has taken away our sins and let them know what Jesus has done for us?