The Sterling Character Of Young Women 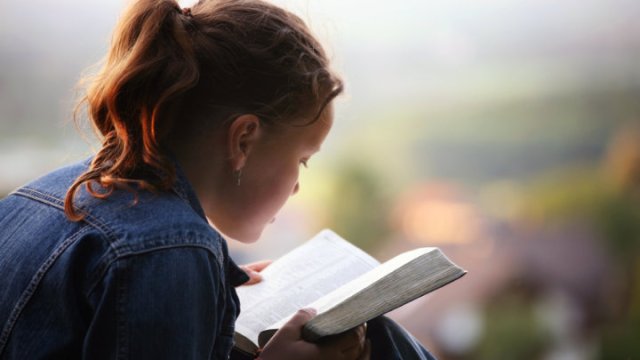 A Sterling Character For Young Women

There are many things parents should be teaching their children and especially is this true to young women. The Bible is filled with admonitions of parents instructing their children in the paths of righteousness. Some of the great characters of scripture are young people who stood against insurmountable odds like Joseph, David, the maiden from Israel who served Naaman and the boys of Babylon: Daniel, Hananiah, Mishael and Azariah. Young people will always have a vital part in the work of the Lord.

Paul writes a letter to Titus whom he left at Crete to preach the gospel and set in order the things lacking in the church. Among the instructions to ordain elders and teach sound doctrine is the admonition for the character of young men and young women. Older men and women should be teaching the younger generation and the youth of the day should heed the instructions of the older. Among the many characteristics of godliness for young people to possess is the importance of being discreet.

The idea of being discreet is in contrast to what indiscretion means. To be discreet suggests being sober-minded, sensible and in control of oneself. Indiscretion is having lack of judgment, careless, rash and with no thought of the consequence of actions. Youth has a tendency to be vain but discretion will temper such temptations. Older women should teach younger women to be subtle and unobtrusive, modest without the ostentatious or flashy trappings of the world. Godly women will follow a course of sobriety in their demeanor exercising discretion in all they do.

One of the important values of discretion is the preservation of character. Young women who are indiscreet will fall victim to the ways of evil. Learning how to be chaste and discreet keeps them from the folly of fleshly attraction, vain self-glory and many hurts that will last a lifetime. Paul calls this kind of teaching sound doctrine. Older men and women teaching younger men and women to preserve their character in the holiness of the Lord is the doctrine of truth. Teaching young women discretion is teaching them how to dress modestly in shamefacedness. A dress that is too short on a young woman will become a dress too short on an older woman. Faces that are painted with layers of powder will become faces filled with the vainglory of the world. Attitudes without self-control will grow into lives that are out of control. Pride formed in the heart of the child will become haughtiness in the spirit of adulthood.

The admonition of older women teaching younger women to be discreet can be harmonized with the instructions of those who desire the position of a bishop. There is an emphasis upon a man having self-control (same word as used in the text for young women) and it is clear he cannot serve unless he has the quality of discretion. Paul’s admonition of sound doctrine for young women should be viewed in the same light. If it is necessary for a man to possess discretion as a shepherd of God’s family, why should not the emphasis be put upon young women learning to be discreet? If the character is good for one it is necessary for the other. Older women must begin teaching younger women to be discreet. This begins in the home with the father and mother instilling in their daughter(s) what discretion means from the word of God. Here is the key: the Lord put this in His world so that we would follow His commands. How can we do any less? Let our daughters be women of God, full of good works, kind, helpful and possessed of meekness.