Jesus Growing Up In Egypt 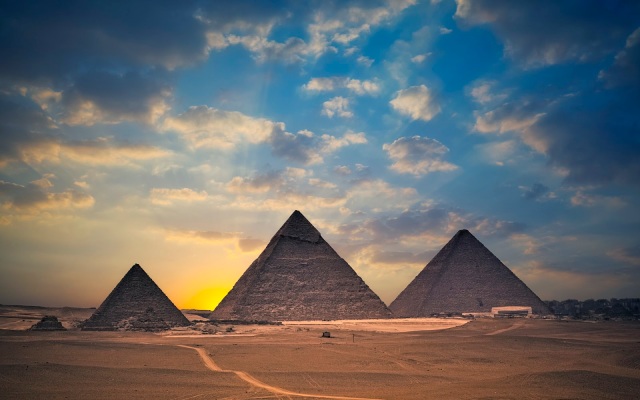 Now when they had departed, behold, an angel of the Lord appeared to Joseph in a dream, saying, “Arise, take the young Child and His mother, flee to Egypt, and stay there until I bring you word; for Herod will seek the young Child to destroy Him.” When he arose, he took the young Child and His mother by night and departed for Egypt, and was there until the death of Herod, that it might be fulfilled which was spoken by the Lord through the prophet, saying, “Out of Egypt I called my son.” (Matthew 2:13-15)

Jesus Growing Up In Egypt

The nation of Egypt has long figured in the unfolding of God’s scheme of redemption. The providential hand of the Lord sold Joseph into Egyptian slavery by his brothers thus beginning an ageless relationship of this great nation to the coming of the Son of God. Through the power of God, Israel was born from Egypt and would always have a historical marriage with the man whose name was Egyptian: Moses. When Jesus was born in Bethlehem, Joseph and Mary had little knowledge how important Egypt would be in their lives. It would be around two years after the birth of Jesus, Joseph and Mary received visitors from the East. They were wise men who came seeking the child Jesus bearing gifts of gold, frankincense and myrrh. As poor Jews from Nazareth, these gifts must have seemed remarkable. The same night the wise men returned home, an angel of the Lord revealed to Joseph that he must flee to Egypt with Mary and Jesus. Herod the king was sending his troops to kill all the male children of Bethlehem two-years-old and under and Jesus was not safe. Obeying the divine messenger, Joseph gathers his small family together for the long journey to Egypt.

It would have been very difficult for Joseph to finance a move to Egypt. The gifts from the wise men would serve a providential blessing for the flight to Egypt. Joseph had to stay in Egypt for a time until Herod the Great was dead. Most commentators suggest this was not a long time – somewhere around two or three years. Herod died a miserable death and His son Archelaus ruled in his place. Joseph was told to return to Israel but chose to return to Nazareth where Antipas, Archelaus’s brother was king. Nazareth became the home of Jesus until He was thirty years of age.

Many of the first impressions of Jesus as a child would be Egyptian. Jesus was around two years old when the wise men came to visit and if He stayed in Egypt for two or three years He would have had a ready recollection of the sights, sounds and smells of Egypt as a little boy. The culture was very different from Israel and yet a familiarity remained. Israel’s history was rich with stories from Egypt. It is easy to see Joseph and Mary telling the child Jesus how God delivered the people from the bondage. The story of the Red Sea crossing would have thrilled the young mind of God’s Son. Relating the wilderness wanderings, conquering of the land and Israel’s tumultuous relationship with the land of the Nile throughout Jewish history filled the days with remarkable tales. Matthew does not tell where the family lived in Egypt but could they have seen the pyramids that stand today? The small feet of Jesus made their marks in the Egyptian sand.

Matthew refers to a statement in Hosea 11:1 where the great prophet is showing God’s power in delivering His people. Whether it is messianic or just a proverb that became known as a phrase of deliverance, Matthew clearly marks the connect between the will of God and His eternal plan to bring redemption to all men. Jesus lived in Bethlehem, Egypt and Nazareth before He began His ministry. His life would be tied to Egypt both literally and figuratively. Jesus was a Jew born in a Jewish town but He died for the Jew and Gentile. The blood of Jesus was given for all men regardless of race and nationality. He died for the Egyptians and He died for the Israelite’s. God’s providence formed the life of Jesus to be the One all men could see and believe was a man yet divine. His experiences as a young child growing into manhood would frame His work in letting all men see His heavenly Father’s work. Jesus walked among men as a man. He showed His divinity by His power. Jesus came up out of Egypt to lead us to the land of promise. As we stand at the River Jordan He awaits us on the other side bidding us welcome.