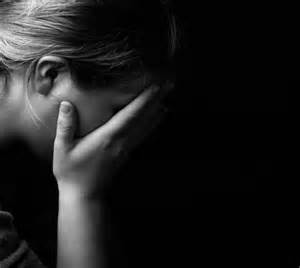 Then the Lord said to me, “Go again, love a woman who is loved by a lover and is committing adultery, just like the love of the Lord for the children of Israel, who look to other gods and love the raisin cakes of the pagans.” So I bought her for myself for fifteen shekels of silver, and one and one-half homers of barley. And I said to her, “You shall stay with me many days; you shall not play the harlot, nor shall you have a man–so, too, will I be toward you.” For the children of Israel shall abide many days without king or prince, without sacrifice or sacred pillar, without ephod or teraphim. Afterward the children of Israel shall return and seek the Lord their God and David their king. They shall fear the Lord and His goodness in the latter days. (Hosea 3:1-5)

Hosea is one of the most amazing prophets of the Old Testament. His book is just over five thousand words but the message of the son of Beeri is one of the greatest love stories in scripture. He was a pre-exilic prophet seeking to bring the people of God back to a faithful relationship with the Lord. The book opens with the Lord telling Hosea to marry a woman of harlotry. Three children are born to his wife Gomer but only one belongs to Hosea. Jezreel is the only child of Hosea with Lo-Ruhamah (a girl) and Lo-Ammi (a boy) conceived by others. In time, Gomer leaves Hosea returning to her life of debauchery. Deserted, despised and perhaps sold as a slave, she is bought by her loving husband for fifteen shekels of silver (half the price of a common slave) and one and one-half homers of barley. Hosea brings his wife home “no longer to enjoy the privileges of an honored wife, which she had flung away, but to repair the past and atone for the sin by mortification, seclusion, and tears” (Albert Barnes).

It seems incredulous for a man of God to marry a woman who was a prostitute. Hosea truly loved his wife. Gomer was a troubled woman who had difficulty keeping her faithfulness to her husband. Jezreel would be the only fruit of Hosea’s loins. He would know Lo-Ruhamah and Lo-Ammi were not his children. How crushing that must have been for the prophet. His love for Gomer was deep. He cared deeply for her and wanted her to share his love as he could care for her. Sometime later she leaves Hosea returning to her life of whoredom. The story of Hosea is beyond the realm of understanding. He marries a woman of ill-repute, has one child by her and discovers she bears two children by other men and then his wife leaves him to go back to her life of harlotry. How could any man love a woman such as Gomer? That is the powerful message of the book of Hosea when he takes Gomer back as his wife.

The message of Hosea was a clear warning for the nation of Israel and a declaration of the love God had for His people. They were nothing when He found them and made them His own. Through their rebellion and whoredom with the nations around them, the nation of Israel had turned away from God. In the face of all their whoredom, Israel was still loved by the Lord and a remnant would return. The prophet shows by his own life-experience the relationship God had with His people. It is also a testimony to the love of God for all men. There was a time when we were enemies of God, living in the darkness of sin. God so loved the world He gave His only begotten Son to save man. Our harlotry is the challenge of sin. Time and again, we struggle with the passions of mortality when we transgress the law of God. In the incredible mercy of God He forgives us when we repent. The powerful message of Hosea is not the acceptance of a sinful life but the amazing grace and mercy of a loving God who will take us back when we have sinned. And He will always do this because He loves us more than we can understand. Do we deserve this love? No! Will God forgive us when we repent? Yes!

Hosea concludes his book reminding the children of Israel the ways of the Lord are right. The righteous will walk in the ways of the Lord and find peace. Those who disobey the Lord continuing in their rebellion will be punished. The book of Hosea is about the mercy and unmerited favor of a righteous God who unfolds His expansive arms of love seeking His children to return to Him. He loves us. What more can be said.

The sun does not look less upon one rose in the midst of a thousand millions of other flowers than if he looked down upon it alone. And God does not shed His love less upon one soul while He loves an infinity of others than if He loved it alone. (Frances of Sales; 1567-1622; Consoling Thoughts of, ed. Huguet)