The Difference Between The Righteous And The Wicked 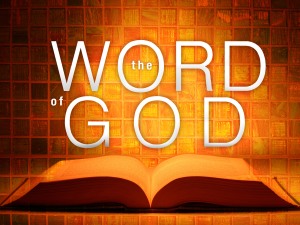 Then those who feared the Lord spoke to one another, and the Lord listened and heard them; so a book of remembrance was written before Him for those who fear the Lord and who meditate on His name. “They shall be Mine,” says the Lord of hosts, “On the day that I make them My jewels.  And I will spare them as a man spares his own son who serves him.” Then you shall again discern between the righteous and the wicked, between one who serves God and one who does not serve Him. (Malachi 3:16-18)

The Difference Between The Righteous And The Wicked

Throughout the writing of the Old Testament, the character of the righteous and the wicked is always in conflict with one another. In the Garden of Eden Satan tempted Eve to disobey the Lord by suggesting the word of God could be challenged. “Has God indeed said” has been the basic tool of how men have fallen away from the Lord. As the history of the world unfolds men seek after their own pleasures rather than serving the Lord. The Flood of Noah’s day brings judgment upon all men with only eight souls saved. When Israel forms by the will of God the conflict of righteousness and unrighteousness is revealed in the struggles of the people. Malachi presents the final message of the Lord before the famine of God’s word descends upon man. Israel has lived its days of glory but found the severity of the Lord because of their unrighteousness. The nation was ripped apart by civil war, carried away to foreign lands under bondage returning to be possessed by another nation until their final demise in 70 A.D.

The message of Malachi is true for all men today. Being religious does not make one righteous or being a good person will not save anyone. The defining character of righteousness is whether a person is serving the Lord. So many believe that God accepts all men regardless of how they live. The character of God is brought low to the whims of man who have God serve them. Truth is defined by the righteousness of men serving God. Servitude to the Lord requires obedience. Man cannot pick and choose how he serves God. The Lord is a Jealous God and He demands complete obedience. Man must learn to bow before the great I AM and serve Him with fear.

Religion is painted with any color that man devises. It becomes relative to the ideals of man instead of the word of God. Truth can only be found in Jesus Christ and Him alone. There is no other body of Truth but what is found in the Son of God. If a man wants to find righteousness, he will become a disciple of Jesus Christ and follow the commandments of the will of God. What separates a righteous man from an unrighteous man is obedience. Jesus reminds us that we cannot call upon the Lord and do not the things that He says. How does one discern between the righteous and the wicked? Who is serving the Lord!

If ye love me ye will keep my commandments [John XIV, 15]. If we don’t, we shan’t. Let no one deceive himself about that. There is no possibility of meeting His claim upon us, unless we truly love Him. So devotion is prior to obedience itself. (William Temple, Readings in John’s Gospel, 1939)