Posted on February 8, 2016 by heatonkent 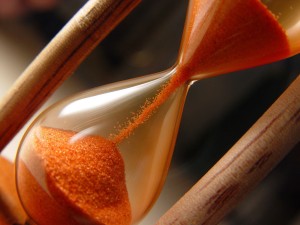 Then, six days before the Passover, Jesus came to Bethany, where Lazarus was who had been dead, whom He had raised from the dead. There they made Him a supper; and Martha served, but Lazarus was one of those who sat at the table with Him. Then Mary took a pound of very costly oil of spikenard, anointed the feet of Jesus, and wiped His feet with her hair. And the house was filled with the fragrance of the oil. But one of His disciples, Judas Iscariot, Simon’s son, who would betray Him, said, “Why was this fragrant oil not sold for three hundred denarii and given to the poor?” This he said, not that he cared for the poor, but because he was a thief, and had the money box; and he used to take what was put in it. But Jesus said, “Let her alone; she has kept this for the day of My burial. For the poor you have with you always, but Me you do not have always.” (John 12:1-8)

It would not be long before the Son of God died at Golgotha. The shadow of the cross was heavy on the heart of Jesus as He set His face towards the inevitable purpose of His coming. Enjoying a meal with the disciples everything seemed to be as peaceful as could be. Mary and Martha were there as well as Lazarus and the marvel of his resurrection still moved the disciples. Life seemed as good as could be expected in the eyes of the crowd. Martha was busy with the preparations of the food. Like before Mary was keenly aware of Jesus. She anoints the feet of Jesus with expensive oil wiping His feet with her hair. Judas was quite offended by the obvious waste. Jesus rebukes the disciples for losing focus on what He had taught them about His mission. He had repeatedly told them He was going to go to Jerusalem and die. This was going to take place within a week and while the apostles were unaware of the exact time they acted as if they had all the time in the world. For Jesus time was short. His death was coming. This was not a time to quibble about money. Some things would remain the same but the footprints of Jesus would soon disappear from the world.

Time is a bell that is rung that cannot be ‘un-rung.’ The minutes of yesterday will never be lived again. Everything hinges upon the doorway of now. Jesus reminded the disciples that some things in the world will never change. Worrying about the poor is a noble aspiration but they will always be in the world. Poverty will never be eradicated as long as the world will stand. Jesus was not making a point about the poor but the argument made by Judas to spend the money was a wasteful gesture when the death of Jesus was nigh. That was the important thing. Jesus would be killed by His own people the Jews. His disciples would scatter. It would not be until the third day when Jesus arose from the dead the world would understand the love of Jesus. But then after a brief period of time the Lord would ascend to His Father. He would be gone.

How often we spend so much time on trivial matters that have importance but little value compared to eternity. Our jobs are very important, even necessary. God expects man to work with his hands to provide for the family. Yet so many become overwhelmed by the necessity of work little time is given for the weightier matters of service to God. There will be many souls lost for the value of their jobs because they spent no time with Jesus. The poor will always be here and work will always be necessary. For those who work themselves to the grave will die without God and for what? Jesus was here for a short time. Life is here only for a short time. Time is like the precious oil Mary poured on the feet of Jesus. It is of great value and there are many things to spend it on. But when our focus is spending life working our jobs, enjoying our recreation, increasing our popularity and knowledge in the world to the neglect of our service to God – the loss is eternal.

Jesus will not always be calling. There will come a day when the invitation of salvation will cease. The efforts of man will be destroyed. Where you spend eternity will depend on whether you washed the feet of Jesus with your life or wasted it on frivolous living.