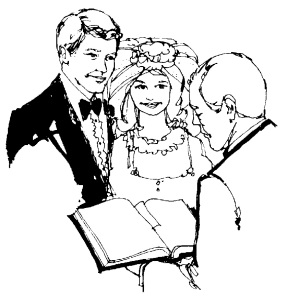 Polyamorous is such a new word that the dictionary spell check did not recognize it. However the concept of the meaning for “polyamorous” is nearly as old as the existence of man on earth. By definition it pertains to “participation in multiple and simultaneous loving or sexual relationships” (Dictionary.com). Polygamy is a similar word suggesting more than one husband or wife. The meaning of ‘amorous’ is to express romantic love or sexual attraction. Polyamorous is by definition an acceptance of having several ‘partners’ in a loving or sexual relationship. You can put a bow-tie on a rattlesnake but when all is said and done you still have lethal creature that will kill you. Sin is like that too.

The prophet Isaiah defined “polyamorous” in Isaiah 5:18-21. “Woe to those who draw iniquity with cords of vanity, and sin as if with a cart rope; that say, ‘Let Him make speed and hasten His work, that we may see it; and let the counsel of the Holy One of Israel draw near and come, that we may know it.’ Woe to those who call evil good, and good evil; who put darkness for light, and light for darkness; who put bitter for sweet, and sweet for bitter! Woe to those who are wise in their own eyes, and prudent in their own sight!” There is nothing new under the sun (Ecclesiastes 1:9) as man tries to redefine what the Creator has deemed wrong. God defines polyamorous couples as adulterers.

The prophet Isaiah speaks of the vanity of man seeking the fulfillment of the fleshly passions. A polyamorous couple is interested only in the selfish desires of their own nature. Love as defined by these couples is suggested as a pure kind of love and yet by their own admission (including studies of such couples) the one factor they cannot deal with is innate in man: jealousy. Jehovah created Adam and Eve; not Adam and Bob and Eve or any other combination. Even the allowance of multiple wives in the Old Testament was fraught with jealousy (Sarah & Haggar; Leah & Rachel).

Jesus Christ defined the marriage relationship as one man and one woman in Matthew 19 and the apostle Paul confirmed this in almost all of his epistles. Sexual immorality is condemned by the Lord on every level. “Do you not know that the unrighteous will not inherit the kingdom of God? Do not be deceived. Neither fornicators, nor idolaters, nor adulterers, nor homosexuals, nor sodomites, nor thieves, nor covetous, nor drunkards, nor revilers, nor extortioners will inherit the kingdom of God” (1 Corinthians 6:9-10). Society may say that fornication, adultery, homosexuality and sodomites are accepted but the Lawgiver condemns them; and “there is one Lawgiver, who is able to save and to destroy” (James 4:12).

Man is not the judge but the word of God is the judge. Jesus said, “He who rejects Me, and does not receive My words, has that which judges him— the word that I have spoken will judge him in the last day” (John 12:48). Polyamorous couples will never find the happiness they seek no more than homosexuals or sodomites. Committed love is found when a man and woman love one another as God has created in the family element.

Satan beguiles us in thinking that if you just paint something a different color it will change the nature of the beast. He is a master craftsman at his trade but people of God will see through the layers of deceit and reject him at every turn. Call it whatever you like (poly-this or poly-that) but it is still what it is. “Let God be true but every man a liar” (Romans 3:4).