Those Who Trust The Lord Are Victorious 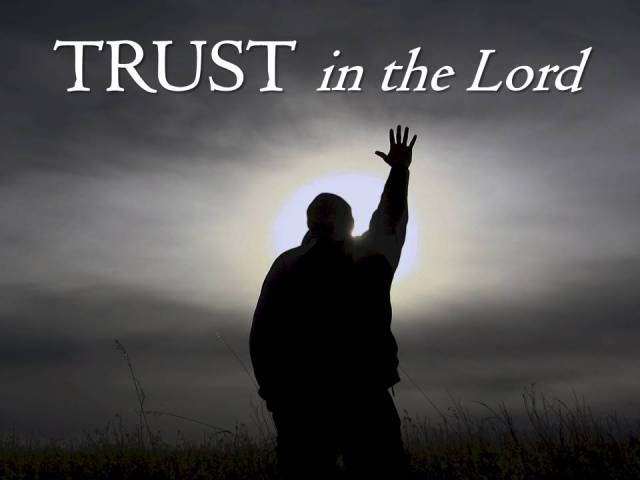 And when Judah looked around, to their surprise the battle line was at both front and rear; and they cried out to the Lord, and the priests sounded the trumpets. Then the men of Judah gave a shout; and as the men of Judah shouted, it happened that God struck Jeroboam and all Israel before Abijah and Judah. And the children of Israel fled before Judah, and God delivered them into their hand. Then Abijah and his people struck them with a great slaughter; so five hundred thousand choice men of Israel fell slain. Thus the children of Israel were subdued at that time, and the children of Judah prevailed because they relied on the Lord God of their fathers. (2 Chronicles 13:14-18)

Those Who Trust The Lord Are Victorious

The death of Solomon brought about a great upheaval in the land of Israel as the country plunged into civil war. Rehoboam and Jeroboam divided the land with ten tribes to the north and two tribes remaining faithful to Jerusalem in the south. Rehoboam reigned for seventeen years before his son Abijah (Abijam) took over the leadership of Judah. There was war between Abijah and Jeroboam. When the battles lines were drawn up the southern tribes of Judah numbered four hundred thousand against the eight hundred thousand choice men, mighty men of valor fighting for the northern tribes of Israel.

Jeroboam was a military tactician who surrounded the men of Judah with his army as the battle line encircled the outnumbered troops of Abijah. Seeing the perilous position they found themselves in, the army of Judah shouted to the Lord and the priests sounded the trumpets. The battle began with ferocious combat between the people of Israel and Judah. Jeroboam would have won the day due to his prowess of fighting ability but he lacked the one thing Judah had fighting for them. At the sound of their battle cry, God defeated Jeroboam and all Israel and routed them before Abijah and the army of Judah.

Jeroboam came against Abijah with eight hundred thousand choice men, mighty men of valor. When the battle was over, five hundred thousand of those chosen men of Israel were dead. Jeroboam died soon after his crushing defeat, having reigned only twenty-two years over Israel.

The reason Judah gained the victory against their northern brothers was that while the ten tribes of Israel had rejected the worship of the one true God, Judah retained their faith in the power of Jehovah God. Israel was subdued that day and Judah prevailed because they relied on the Lord God of their fathers. The turning point in a battle that pitted an army twice the size of Judah to be nearly wiped out was who they trusted to deliver them. Jeroboam rejected God and the Lord rejected him.

Abijah warned the northern army that God had established a covenant with David because he trusted in the Lord. The rebellion of the ten tribes would bring no peace as long as they served to gods of the land. It was futile to fight against the army of the Lord. Jeroboam lost five hundred thousand men and died soon after and for what? Turning away from the one true God to serve the gods of men brought no reward for Jeroboam and the people.

God created man to worship Him and to give glory to the only Creator. The tragedy of men has always been when they become their own gods trying to save themselves through their own wisdom. It seemed impossible odds for eight hundred thousand choice warriors fighting against four hundred thousand valiant warriors of Judah but God was only on one side. No matter how great the foes of life will be, the power of God rests upon those who trust in Him who declares that God is with them and He is their leader. Do not fight against the Lord. You will not succeed.